Do Criminals Deserve a Second Chance?

On this blog I tend to focus on white collar crimes because I am a white collar criminal and that is what I understand.  However, I'm occasionally moved to look beyond the confines of my new little world to the broader world of criminals and criminal justice.

One deeply-held belief, a belief shown in polls to be shared by most Americans, is that people, even criminals, deserve a second chance. In other words, do a crime and serve your time, with the ultimate hope - maybe next month, maybe ten years from now - of rehabilitating yourself and reentering society as a productive individual. It is this hope, except for those with a life sentence, that motivates all convicted criminals. Assuming that the punishment fits the crime, many criminals should ultimately be given a second chance.  If not, than we might as well lock up every criminal, whatever the crime, for life. 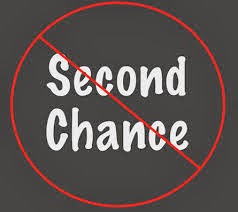 The sad fact is though that in many respects this deeply held belief - the belief that even criminals deserve a second chance - is in actuality little more than a myth.  Of course, all but the very worst criminals will eventually be released and will - technically at least - be given a second chance. But that second chance, for many if not most, is so skewed, so limited, that it doesn't even deserve the title. Recidivism has skyrocketed over the last two decades as a result and the root causes are easy enough to root out. 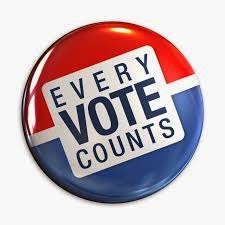 Ask any American to name one of their most basic rights and many will answer: the right to vote. But did you know that many states deny this right to convicted felons? There are as many variations on this practice as there are states - some states deny this right for all eternity, others until the end of parole (which can last for many years beyond the actual prison sentence). But a majority of states deny felons of the right to vote, at least for a while, sometimes a very long while, sometimes forever.  As a result, depending on where you live, you can commit a non-violent crime - say you sell a small amount of marijuana to an undercover cop - serve a month in jail, and be denied the right to vote for the rest of your life. In effect this person, this small-time marijuana dealer, has just been served with a life sentence for a fundamental right.

Where's the justice in that?

The sad truth is that there is no justice in that. It's all politics. Minorities make up the majority of our prison populations, both at the state and federal levels. Minorities also tend to vote Democratic. Republicans don't like that. What better way to deny your opponent a major block of votes than to get rid of their constituency's votes for life? In Alabama, for example, 34% of black men have lost this most basic right for all eternity. In other states the numbers are similar. Even Jim Crow laws were rarely so successful.  Check out this wonderful TED talk in which a leading advocate for reform discussed these injustices. 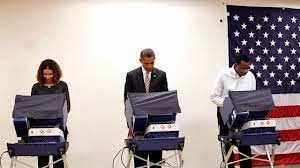 Another area where a second chance is little more than a myth is employment. Back in the not-so-distant past, when mom and pop stores and family-run manufacturers predominated, it was easy enough for a reformed felon to find the sympathetic ear of an employer who practiced what he preached in regard to his belief in a second chance. A remorseful, reformed ex-convict could at the least get his foot in the door where he could then demonstrate, through hard work and diligent effort, that he was truly worthy of a second chance.

But in this age of the behemoth corporation and the Wal-Martization of America, the vast majority of available jobs, even, if not especially, those on the lowest rungs, are controlled by faceless, nameless individuals and algorithms. And each and every one of the submitted applications contain that key question: have you ever been convicted of a felony? Check yes - and you must check yes if it's true, because the background check will catch you in your lie - and it doesn't take a genius to guess what happens next. 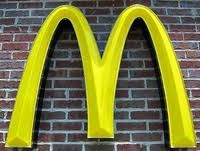 The sad fact is that I - as well as all other convicted felons - are virtually unemployable. With my college degree and years of experience I could not even find work at McDonald's. Or Target. Or Wal-Mart. Where does that leave me and the millions out there like me? The short, depressing, answer: unemployed, back in prison or reliant on welfare. A few lucky ones - and the numbers are very small - succeed in starting their own businesses. In our day, the only sure way for a convicted felon to find work is to hire himself.

The ability to find work - any work, even low paid or physically demanding - is the key determinant in recidivism rates. Most criminals don't go back to prison (as the myths perpetuate) because they just plain old like jail, or because they're bad, incorrigible people. They go back because they get out and find themselves not only broke but completely unemployable. In order to survive they turn to those who don't run an automatic background check - their fellow criminals.

A few states have begun, in a minor way, to address this injustice by passing "ban the box" laws that prohibit employers from requesting felony information up front. The hope is that by doing this some felons may be able to get their foot in the door. While better than nothing, these laws are too limited, too late. Call me a cynic, but in most cases all these laws will do is extend the unsuccessful job hunt until the first interview. Employers may still reject applications based upon criminal record - only maybe now, in those few states that have passed ban-the-box laws, they'll do it a little further into the process.

Success? Hardly. Unless we want to carry on for all eternity with a sizable, permanent, unemployable, recidivist underclass - of the type our society has in fact created over the last 30 years - than it's time to act now. I believe it's possible to do something about the problem, for the very existence of this underclass contradicts the most basic values upon which our great country was founded.
Posted by leighsprague at 8:32 AM