Not Guilty. No, Guilty. My Day in Court

On a cold Sunday night I fly into San Francisco on a nonstop flight from Chicago.  No, this isn't a much deserved vacation, a happy trip to warmer climes.  My day in court is tomorrow, my turn to plead.  I've been dreading this day for months: it's the day I officially become a felon.

For those of you unfamiliar with criminal justice - and, believe me, I was definitely in that camp - there are many stages in the process from investigation to incarceration.  I am now at the pleading stage, more than a year after I first got wind that the I was the subject of an investigation.  We spent the interim negotiating a plea, and now I must appear before the judge to say those famous words: Guilty, your honor.  But before that - and I'll get to that in a moment - I must also say those other famous words: Not guilty, your honor.

Oh, how I wish it were true.

I crawl into bed early but toss and turn for hours.  Unable to sleep, I wander the city’s neighborhoods: Chinatown, Fisherman’s Wharf, Nob Hill.  I love San Francisco but take no notice of my surroundings.  I’m not a tourist after all.  I no longer bemoan my fate – it is what it is.  And I did what I did.

What I agonize over on this long walk is the fact that it’s now time to tell the world.  I’ve carried my little secret - that I'm soon to become a felon - for far too long.  My loved ones have to know. Why is it so hard to let the cat out of the bag, I wonder.  I should have told everyone ages ago.  But I can’t.  What I want to do is to crawl under a rock and hide from the world.  I open my mouth to come clean but the words won’t form.  Like a director preparing scenes, I imagine the entire film in my head: my stumbling, stuttering confession, the horror and upset on my [insert character here: mother’s, father’s, children’s] face.

For a long time the uncertainty gave me an excuse to perpetuate the secret: why worry my family when I had no idea how things would turn out?  But the basic question – whether I would be charged – was settled months ago.  Yet I still procrastinate.  The reason, I understand, is that it’s such a horrible abasement.  I feel like the scum of the earth, like I’ve let the world down and failed to live up to expectations.  I’ve failed my family, I've failed my children, and it’s terribly difficult to admit.  I can’t think of anything that could possibly happen to a person, or at least to me anyway, more humiliating and upsetting.  The only fragile comparison that comes to mind is the anguish and heartbreak I imagine must weigh upon someone who comes out of the closet.  I feel as if I’ve been branded with a scarlet letter or, rather, eight of them: C-R-I-M-I-N-A-L.

Well, the procrastination is now at an end.  My hand is forced.  With my guilty plea tomorrow the case will go public.  Better that my family hears the news from my mouth than from CNN.  I’m meeting my family several days later in Los Angeles; they think I'm on a business trip.  Although my gut churns at the prospect, I realize that I have to tell them.  And everyone.
I meet my lawyer early the next morning and we drive to the Federal Building, a hulking, square behemoth that rises up from the slums of the Tenderloin like Tolkien’s Mordor.  I’m dressed in my best suit, my hair carefully combed.  The day is scheduled with a series of – to me anyway – meaningless bureaucratic shuffles. The sad fact is, I don’t know an arraignment from an orange.  I’m embarrassed to admit that as a budding lawyer I avoided all law school classes even distantly related to criminal law.  Everything I know about criminal law I learned from reading Presumed Innocent.  Knowing I would become a corporate lawyer I had decided that they were not, and would never be, relevant to my life. How wrong I was.

The entire experience is disorienting.  I feel as if I’m having one of those childhood nightmares we’ve all had, the one where you’re sitting at your desk in homeroom and look down to see that you’re wearing only underpants.  Or the one where you’re soaping up in the communal shower after PE and suddenly get an enormous hard on.  After so many years on the right side of the law, I can’t quite comprehend that now I’m on the wrong side.

“Is this really happening?” I wonder.  “Is this really me?”  At the same time, I’m strangely intrigued: the process is interesting from an academic perspective.  It’s just too bad that it’s my life on the line. 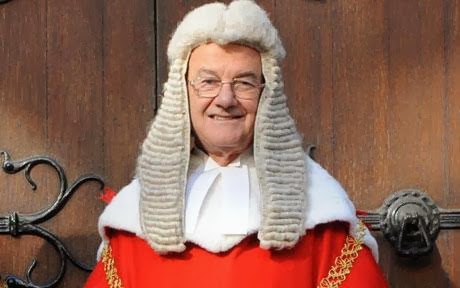 First, I appear before a magistrate judge, the purpose of which I cannot fathom.  The narrow courtroom is packed with friends and family, the fetid air filled with the sour stench of desperation.  Prisoner after prisoner, dressed in shapeless orange jumpsuits, are paraded in cuffs from a steel door at the rear.  They stand, abject, before the judge while the charges are read.  Drugs, drugs and more drugs; an endless loop.  An ounce here, two ounces there.  Only the substances differ.

I turn to my lawyer.  “Are there always so many drug cases?” I ask.

I’m also an exception in that I’m still a free man sitting amidst the onlookers.  In my fancy suit I look like what I am: a lawyer.  During a break, another criminal lawyer come over to speak with mine.  She fumbles when introducing me:

“This is Eli.  He’s a corporate lawyer.”

“Oh, are you taking a tour?  Checking out the exciting life of the criminal bar?”

Once she leaves we turn to each other and smile.  “Well, that was awkward,” I say.  “You might as well just tell people that I’m a criminal.”

Finally, my name is called.  I stand and everyone stares.  I am the first defendant the entire morning not escorted from the back.  The proceedings are short and uneventful.  For whatever reason, at the arraignment I’m told to plead not guilty.  When prompted, I shakily mouth the words.  Oh, if only it were true. 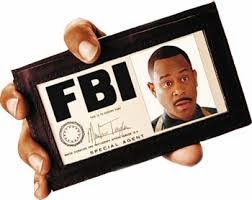 Following that, I’m escorted to the FBI offices on a higher floor.  A young agent leads me through a warren of cubicles to a small room filled with antiquated photographic equipment.  She takes my prints on a wheezing, decrepit machine and then begins to stick white objects onto a small black board.  I glance over her shoulder and see that she’s preparing a board for me, the same type of board I’ve seen in movies and mug shots.  She hands it to me and I read: “FBI San Francisco, 12/19/13,” followed by “LEIGH SPRAUGE” in capital letters.  I point out her spelling mistake.  She frowns but nonetheless fixes it.  I’m instructed to hold it to my chest and look at the camera.   No one says “say cheese.”  I don’t know the protocol: do I smile?  In the end, although I alternately want to laugh, cry and scream (in that order), I force my lips into a thin line.

Now it’s time for the U.S. Marshals.  Prior to today, I never even knew such an organization existed. Now I see that they seem to be in charge of getting prisoners from point A to point B.  Apparently the FBI photos are proprietary, because for whatever reason the marshals want their own set.  I’m beginning to feel like a model at a photo shoot.  I sit on an uncomfortable metal chair abutting a cinder-block wall as a marshal fumbles with the camera, a basic press-and-shoot model tethered to a computer by a cord.  The unmistakable prison-house clang of steel on steel filters through the wall.  I hear the din of prisoners’ shouts and calls somewhere in the distance.

I sit quietly and try to rid myself of this disorientating sense of displacement that’s dogged me throughout the day.  And I sit.  And I sit.  The marshal can’t figure out how to work the camera.  Soon, reinforcements are called. Over the next thirty minutes marshals continue to arrive until a small crowd is huddled over the equipment.  Based upon their confusion and clumsy fumblings, it’s clear that somehow this isn’t customary procedure.  I wonder if I should offer to help - it looks so simple - but following the reception by the FBI to the spelling mistake I decide to keep quiet.  Finally, after an hour of increasingly frustrated attempts to take my picture, the marshals give up.  I’m escorted through a locked steel door to my attorney, who whisks me to the day’s highlight: the hearing at which I will plead guilty.
Posted by Unknown at 10:58 AM