As promised, I return in this post one last time to my recent road trip, which is already taking on a fuzzy, nostalgic hue in my mind. But it's not lost on me that this little trip, though it may still be of interest to yours truly, is probably not of quite so much interest to others. There's nothing more tedious, after all, than listening to a friend or neighbor recount their recent vacation in nauseating detail.  By its very definition, a road trip, once completed, loses a great deal of its frisson and verisimilitude.

So rather than recounting the final leg of my trip - from the great salt beds of Utah to the downtown slums of San Francisco and then on to the city of Angels - I decided to take a no frills approach, highlighting a few lessons learned along the way and posting a few remaining pictures. Where possible, I will connect these lessons to the underlying themes of this blog. 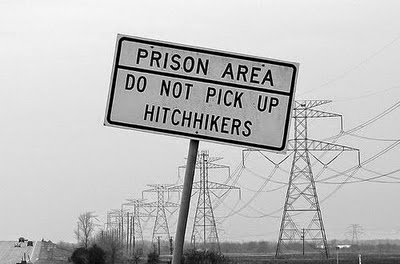 The first lesson is monetary. I justified the road trip in my mind as a money-saving endeavor, cheaper than the luxury of coach-class airline travel. I must have been living in the distant past of my boyhood - when gas cost 30 cents a gallon - or else my math skills are even worse than I already suspected. The fact is, a road trip is not for the poor or indigent, a group in which I now include myself. I was still somewhere in the corn fields of Nebraska when I came to the depressing conclusion that I'd already spent more on gas than the cost of a round-trip airplane ticket. And I was just traveling one way. I suppose that if you packed a family of 6 into the good-old family cruiser the equation could change, but for the single traveler counting his pennies, the plane is the way to go. 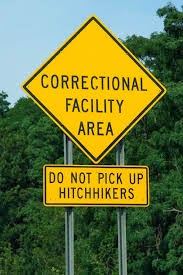 On the topic of modes of transportation, this was actually the second trip in the past 9 months that I crossed this big country of ours in a vessel other than an airplane. Last summer, my kids and I took the storied Southwest Chief from Chicago to LA. While my kids had very little say in this decision, it turned out to be a wonderful experience for all concerned. Trains are truly a melting pot for our country's races and ethnicities and classes and my kids made fast friends with children they would never have met in their daily lives. And there's nothing like watching the miles roll by from the upper deck of the parlor car's panoramic windows, although for most of the trip my kids' heads hovered over iPads. If you're determined to avoid a plane, than the train is really the way to go. 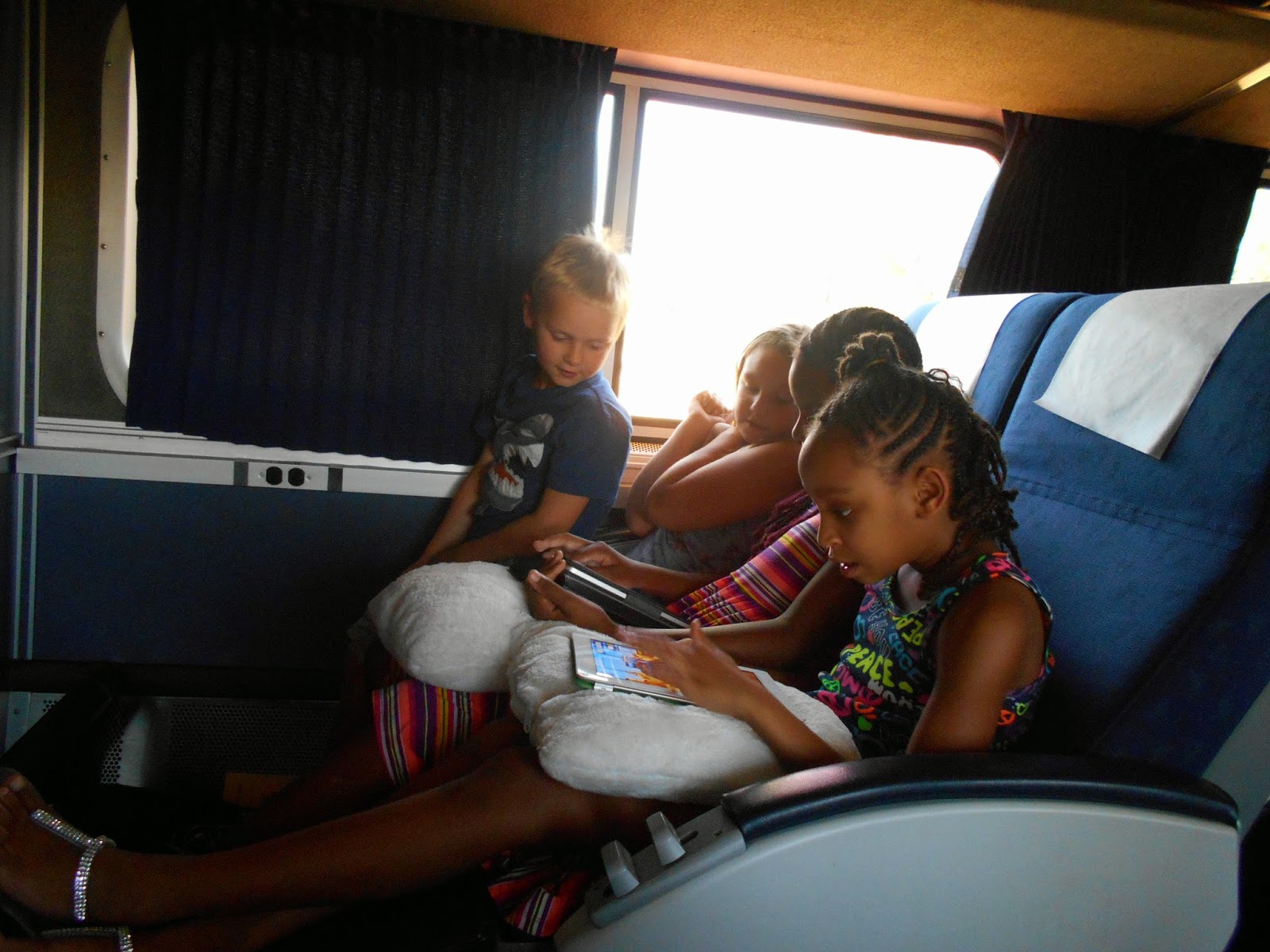 Kids, friends and iPads on the train last summer
Another lesson learned is that our country is filled with an awful lot of prisons. Driving cross-country on I-80, I passed countless roadsigns - typically in the middle of nowhere - informing passersby of nearby prisons and jails. The deserts of Nevada seemed particularly chock-full of them - that and nuclear test facilities - so much so that they even have special road signs when entering and leaving the vicinity of a 'correctional facility' warning drivers not to pick up hitchhikers.  In my opinion, any escapee stupid enough to stick out his thumb on the road that runs past his prison's front gate deserves to be caught. 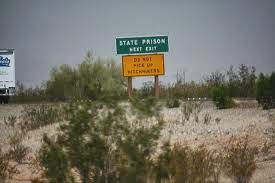 While on the road in one of the few areas with NPR coverage, I happened upon an interesting Tom Ashbrook segment devoted to this very interrelationship between prisons and rural areas. It turns out that the prison industry - and it really is an industry, with hordes of lobbyists, vast resources and sway on capitol hill - has swooped in as one of the last remaining pillars of support for the ailing economies of our small towns. It is such an essential component of economic survival in many rural regions that industry lobbyists and many ordinary citizens promote our high rates of incarceration as necessary to the survival of our small towns. Where else in our 3rd world economy can poor, barely literate high school dropouts find a living wage other than as prison guards? This argument - to my mind - suffers from a lack of morality. If those making the argument feel so strongly about it, maybe they can volunteer themselves for prisoner duty to help their neighbors keep their jobs. But it does underline the economic impact of incarceration and some of the underlying forces that result in the U.S. having the highest rate of incarceration in the world. 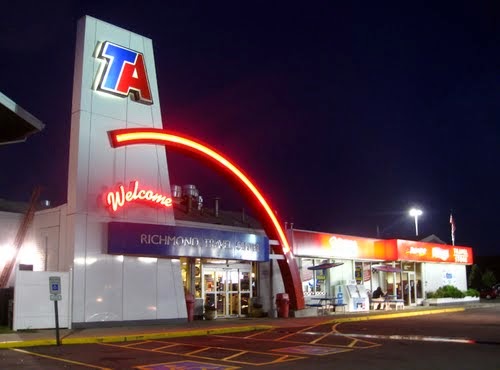 My final lesson learned is that if you really want to get to know our country - its size, its people, its history - than a road trip is the way to go. So too if you want to put your life into perspective: faced with the vastness around you, the eternal vistas, the empty plains, your own problems can come to seem small and unimportant in comparison. But that comes with one caveat: to do it properly, you have to get off the interstate. As most of you undoubtedly know, interstate travel is a monotonous tedium in which one exit - filled with McDonald's and KFC's and Taco Bells - looks pretty much like any other, whether you happen to be in Maine or Idaho. The only interstate-specific feature I found at all interesting were the truckers and their truck stops - vast, sprawling places more like little towns than stores, with a culture and atmosphere all their own.  Down the street from a truck stop in Winnemucca, Nevada I even happened upon a legal brothel called the PussyCat Saloon, though I gave it a wide berth on my way to buy some gas. By that point in my travels I was not in the mood for love. 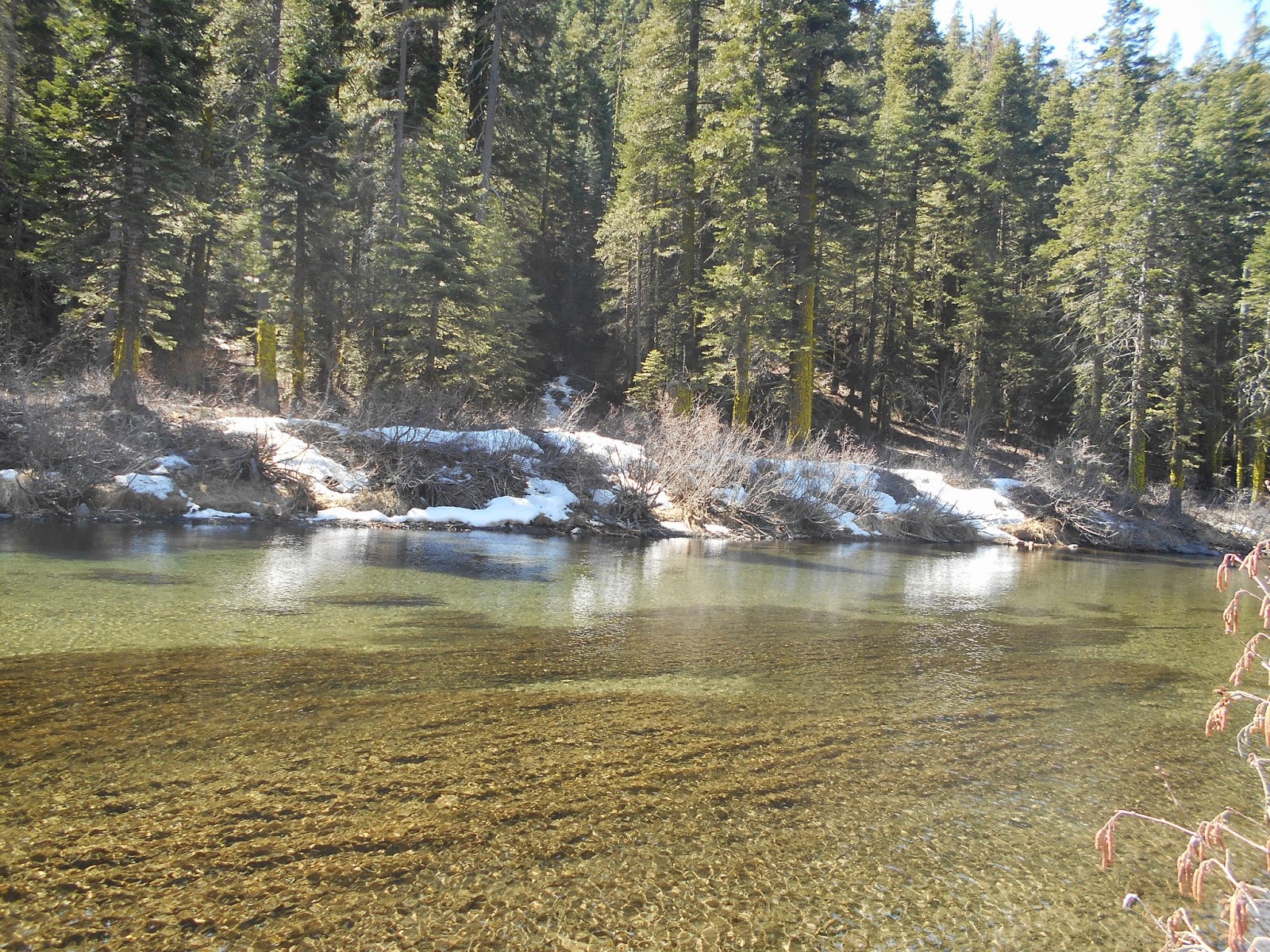 Snow melting in the Sierras

It was only when I finally, finally, got off the interstate once and for all - after crossing the California border and passing through an inspection point that looked suspiciously like an international border crossing - did I finally relax and begin to enjoy myself. This is in part due to the fact that Lake Tahoe, where I finally hit the backroads, is truly beautiful. There's something magical about the abrupt transition from the barren deserts of Nevada to the lush highlands of the Sierras. And no prisons to be seen. Although I happen to be afraid of heights and don't like to hike, I'll take mountains over beaches any day. Something about the fresh mountain air, the clear streams and the smell of pine sets my mind at ease and puts my heart to rest. 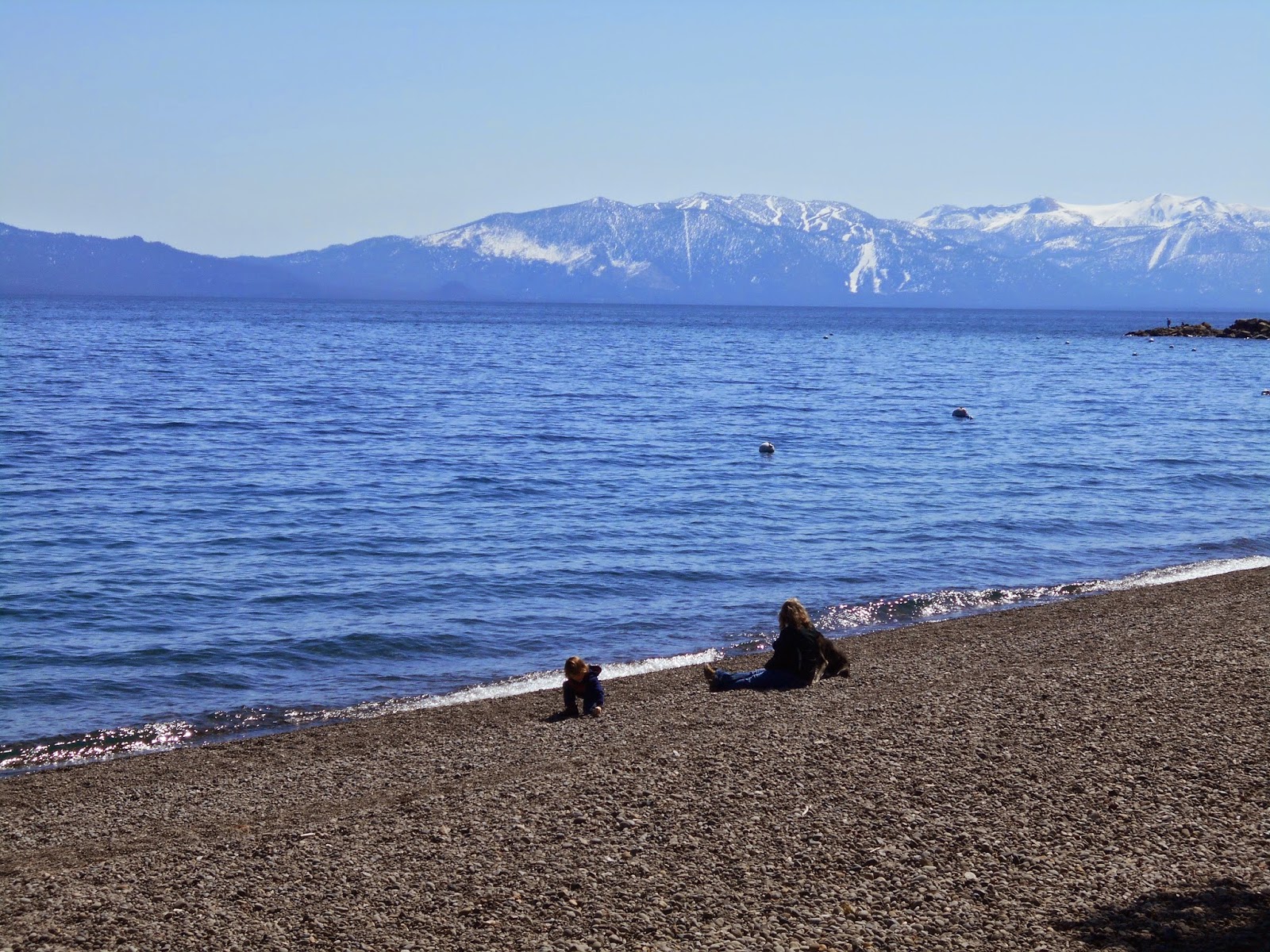 Of course, traveling up a mountain in my rental truck on a narrow, switchback road that crested with a drop-off on either side got my heart to beating once again, as did the smoke coming from the brakes.  But it was worth it. I inhaled deeply of that beautiful scent of pine and steeled myself for my court date the next day. And the surprising thing was, standing there along a clear mountain stream, seemingly alone in the world but for the 500-year-old pines, I gained some perspective, perspective that convinced me that my problems were actually quite inconsequential in the big picture of things.

Maybe, come to think of it, that's the real lesson learned.
Posted by Unknown at 1:18 PM