The path from investigation to accusation to sentencing to incarceration is filled with minefields, any of which could derail your life and short-circuit your best laid arguments. Some of these minefields are unavoidable and happen to come with the territory. The prosecutor, the judge, the FBI: who you get is the luck of the draw and all will be trying, at various times, to trip you up. 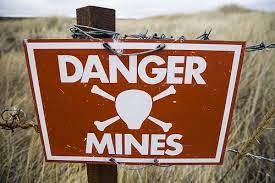 Other minefields, however, are well marked and entirely avoidable. Despite this, defendant after defendant stumbles onto them. I know I did. Being a "successful" criminal defendant is a tricky business. Your job, to the best of your ability, is to sit back and let others guide you, not to go charging in the vanguard across the field.

This passive stance is uncomfortable for many. Faced with the worst crisis of your life, you will most likely want to do something - anything - to further your interests. Your instincts will tell you to go on the offensive, to hit back, to get yourself, by hook or by crook, out of danger. 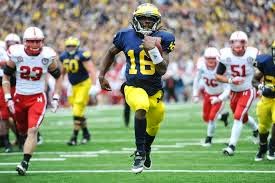 Therein lies the trap, because in this case, your instincts are leading you down a dangerous path. It's like flying: unless you're a trained pilot, the best thing you can do is buckle your seatbelt and sit back. They don't call you a 'criminal defendant' for nothing: you are on the defense, not running across the field to the cheers of the crowd. The unfortunate fact is that all too often, "hook" and "crook" involve some form of lying or deceit.

I have exaggerated a bit, of course, to make my point. Not all defendants lie. But speaking from personal experience, you will almost certainly be tempted. And there are times when your active participation is absolutely vital. For example, it's your job to make sure the story - of your life, of your misdeeds - is properly and accurately told. And you have to be prepared to review every document, every filing, to ensure that it is correct. You will also take an active role in gathering letters of support from friends and family.

Unfortunately, proofreading, editing and requesting letters are not what come first to mind when you become a defendant in a criminal case.  I know, I've been there. And I've also, to my detriment (and embarrassment), made some of the very same mistakes listed below.

So here they are, the top ten mistakes made by criminal defendants (including me): 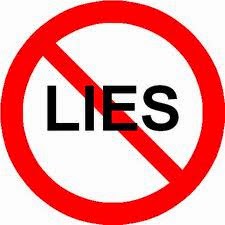 1. Lying, prevaricating and otherwise fudging the truth. Let's face it: many of us got to this place by some form of lying or deceit. I know I did. That doesn't mean we're bad people but it certainly does suggest that we made some serious mistakes in judgment. The temptation - and it will be strong - is to continue with the lies even after you come under the microscope. Please don't do that. Once you're the subject of a criminal investigation you're as good as guilty: with plea deals, the burden of proof is most definitely not on the prosecutors. They will catch you in your lies - that's their job and they're good at it. And your lies will hurt you. I guarantee it.  In my case, my initial reaction was to lie about everything. Luckily for me, my lawyer quickly caught on and told me to cut the crap. I listened, but even then I was tempted to tell little white lies to make the story of my actions more palatable. It's simple human nature to want to make bad deeds somehow seem less stupid than they really are. But as a criminal defendant it's time to turn over a new leaf, to rediscover your inner honesty. If you're going to open your mouth (see next mistake) then let the truth come out.

2. Blabbermouth. The fifth amendment protects us from incriminating ourselves, hence the 'right to remain silent'. Unfortunately, most defendants do the exact opposite: they blab.  They blab to their friends, they blab to their family, they blab on Facebook, they blab at the corner bar. Whether you're innocent or guilty, your first instinct will likely be to speak up and speak out: many defendants think that if they were only able to explain themselves they could somehow clear the whole mess up. But this right is granted for a reason: the vast majority of defendants do more harm than good when they open up their mouths. And the rule is not just for court: anything you say to anyone anywhere can be used against you. And will be. Messages sent to co-defendants, even if seemingly innocuous, can seal your fate. I violated the blab rule by writing a little too openly on my blog. Luckily, it didn't hurt me. But it very well could have. Prosecutors are expert in picking and choosing their facts to put words into your mouth that may never have actually been there. 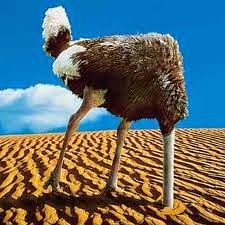 3. Burying your head in the sand. When I learned that the prosecutors were after me I reacted like an ostrich. There must be some mistake, I thought. I broke the law in Russia, how could they be after me in the U.S.? I didn't hire a lawyer or prepare a defense. Rather, I closed my eyes, said a little prayer (and I'm agnostic!), and wished it all away. While those facts are specific to my case, the reaction is not. Bad news is hard to take. But failing to recognize and react to the bad news when it's slapping you in the face can hurt you down the road. For example, because I failed to acknowledge the news, I spoke with the prosecutor without a lawyer: a serious no-no. So open those eyes and gaze the bad news in the face: it may be hard but it will only help you. 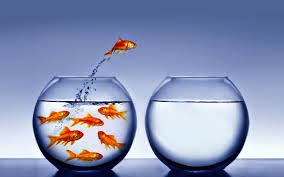 4. Thinking Outside the Box. In some professions and some areas of life, creative problem solving is encouraged. Not in criminal law. The criminal process is a connect-the-dots, paint-by-numbers system based on rules and precedent designed to get you from Point A (suspect) to Point Z (convicted felon). Your creative ideas to make the whole thing go away will blow up in your face. Accept the reality, climb aboard the train, and do your best to keep it together as the system carries you down the tracks.

5. Avoidance and denial.  This is similar in some ways to item 3. But my point here is different. Many defendants, even those who are black-and-white guilty, loudly profess their innocence, not only during their proceedings but on into prison and beyond. Unless you truly are innocent - and there are of course those who are wrongly accused - you will only do yourself (and those around you) a disservice by denying the reality. Although at some level you may come to believe your protestations of innocence, deep down you will know it's all a lie. It is much more honorable to admit your mistake, do your best to make amends, and try to get on with your life. Not only is this a good "life lesson", but it will help you in your case: judges hear the guilty proclaim their innocence all day long. What they really appreciate are those who fess up to their misdeeds. 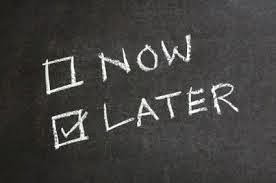 6. Procrastination. There were mornings when I could just not bear to look at my e-mails, knowing that there would be some bad news about me or my case amidst the spam. My inclination was to postpone the inevitable in an attempt to carry on. But the wheels of justice continue to turn whether or not you're on board. Your lawyer will be depending upon you to timely read and comment on her filings and prepare for court hearings. Postponing the inevitable until the last second will only result in a worse defense. Conversely, if it's your lawyer who procrastinates - and there are many out there who do, including mine - it is incumbent upon you to push them along and not leave everything until the night before your sentencing. The filings require too much research and revision to slap together at the last second.

7. Railing against the system. There will be times when you feel like a bunch of idiots are lined up against you. There will be times when you hate the dysfunctional criminal justice system. There will be times when self pity overcomes you, followed by disgust at the unfairness of it all. It may be natural to feel these things but it's not ok to show them. As hard as it is to admit, try to remember that it was  your own stupidity that got you to this place. The rule here is simple: show respect. Show it even if at the moment you're not really feeling it. Whatever you may be thinking inside, as a defendant it's not your position to change the system or point out its flaws. 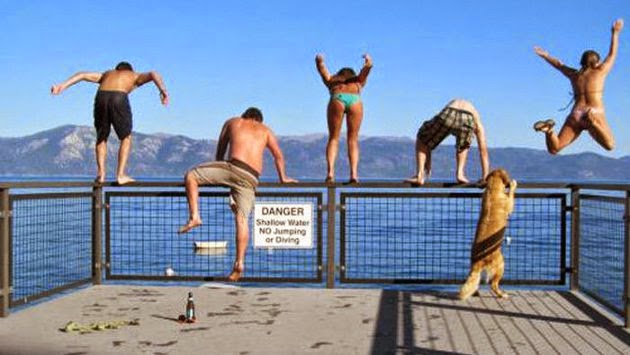 8. Breaking the rules. As a defendant and a prisoner, you will suddenly find yourself subject to new, intrusive rules: rules regarding home confinement, actions while on probation, who and who not you can speak with, where you can go. The rules may make you feel like you're back in preschool. While you may resent these rules, breaking them will, like Mickey's brooms in Fantasia, only make them multiply. Your job as a defendant is to demonstrate, at every possible moment, your willingness to cooperate and obey. Think of yourself as a cog in the system. As unpleasant as it may sound, that is what you are.

9. Running away. This is a broad mistake that covers everything from becoming a fugitive to arriving late at court. There will be times when you fantasize to yourself about living life in some small town under an assumed identity or alone on a desert island with no extradition treaty. Driving across the country, the thought crossed my mind about setting down stakes under a new identity in Winnemucca, Nevada. But do you really want to live as a fugitive for the rest of your life? Did I really so love Winnemucca? On the other end of the scale, the morning of your court appearance your feet may feel like lead, as if you're dragging yourself against your will to meet your doom. There is a very simple rule to follow: be there or be in big trouble. Show up, be on time and be presentable. The defendant who appeared before me at my pleading was ten minutes late to his hearing. Bad move: the judge gave him a harsher sentence as a result. No judge wants to hear how your car broke down or traffic was bad or that you really don't want to be there. He can be late - that's his prerogative. Not yours.

10. Second guessing. You will soon find, as you progress through the criminal justice system, that everyone considers himself an expert. Your friends will have ingenious ideas on how to 'get you off', your family will weigh in with advice. You, yourself, may wonder whether your lawyer is doing everything she should be doing to save your [email protected]$. There is a fine line here: your lawyer, who presumably does this for a living, must take the lead. You can question her actions and decisions, propose alternatives, prod her to do more. You must absolutely insist that she keep you informed and explain to you her strategy and the purpose of her actions. But in the end you must be prepared to sit back and let her do her job. Although it may be hard, you must learn to trust this person who holds your fate in her hands. Constant second guessing will only hurt you in the long run. If you have doubts about your lawyer, there is really only one alternative: get a new one, someone you can trust.
Posted by Unknown at 8:00 PM