Getting Down to Business in Federal Prison

A few weeks have passed since I checked in to Lompoc Prison and I’m beginning to feel more-or-less at home, at least as at home as it’s possible (or I want) to feel. The truth is, I’m trying to find a balance: I don’t want to assimilate too much and forget about the outside world, nor do I want to hold myself aloof. I see people on both sides of that fence: those that actually like it here (so much so that I wouldn’t be at all surprised if they eventually return) and those who walk around with sour, holier-than-thou frowns, stubbornly refusing to accept that we’re all in this together. Like I said: I’m trying to find a balance. Some days I’m more successful than others. Justin Paperny told me this would be the case. 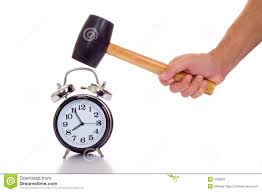 One thing that’s helped me adjust, to find a balance, is my years abroad. In many ways, this place is like a foreign country with its own strange customs and rules and culture. I’m used to doing what it takes to assimilate – going along to get along – while at the same time holding back to keep true to myself. I’m somewhat solitary by nature so have no problem sticking to my guns when newfound friends pester me to “waste” time with them.
Another thing that’s helped are the goals I set before coming in. The sad fact is that many here – the majority? – have really only one goal: doing their time. While this is an admirable and unavoidable goal – doing time is what prisoners do, after all – it’s not enough. In my experience, it’s far too passive and morphs quickly into wasting time.
I’m finding that what it takes to transcend the system is to grab time by the horns and make it yours: do unto it rather than having it do unto you. Otherwise, as very many do, you end up wasting time just for the sake of making it through the day: watching TV, gabbing with friends, playing cards, napping, even staring at the wall. Unlike in the outside world, there’s so much time that unless you’re careful and proactive, it loses its value and you waste it.
For those on the outside, this may all seem strange, incomprehensible. But I’m finding that prison life has a strange effect on time, stretching it and twisting it like taffy. I can’t count the number of times I’ve heard fellow cons talk about “killing” time. The goal? To make the day go faster. Killing time by watching a long movie (the Hobbit was shown last night for movie night), working out for hours, hanging out with friends.
With my goals I’m trying to resist that. I like to think that I’m not killing time but using it. I spend much of my time – per my plan – writing. Some days I don’t feel like it. I’m lazy by nature, at least where writing is concerned. After a day spent weed whacking, writing is the last thing I want to do. But, at least so far, I’ve stuck to it. That stick-to-it-iveness may be the secret to success. I know that if I walk out of here in two years with nothing to show for it I’ll never be able to forgive myself.
I don’t want to get ahead of myself. It’s only been a few weeks after all. So all my goals – reading, writing, yoga, exercise (maybe even learning to play guitar) are still in progress. I’m not yet able to touch my toes though I’m getting close. But if I can stick to my goals – as I intend to – I’m optimistic that I’ll be able to eventually walk out of here feeling that I used my time. If not, if all I managed to do was kill time, I’ll have failed in my prison experiment.
Posted by leighsprague at 2:34 PM