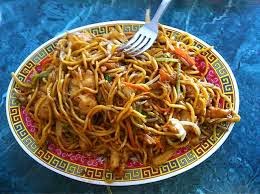 It's Friday evening around 4:30, just after our dinner of chicken lo mein, which in fact more resembled mushy spaghetti with peas. I'm torn about whether or not I should be looking forward to the weekend. The days between Friday and Monday, with few scheduled activities, definitely tend to drag. But I am so tired from this work regimen they're putting me through that all I want to do is drop.

I spent my day hoeing, raking, pushing wheelbarrows and hauling rocks. Don't ask me why, but of those, raking is my favorite. With raking, I'm able to zone out in a zen-like trance: rake, rake, rake rake; it's somehow relaxing. The other tasks are just hard work, plain and simple. To keep my spirits up, as I do them I tell myself that I'm getting a lot of exercise. Too bad I hate to exercise. 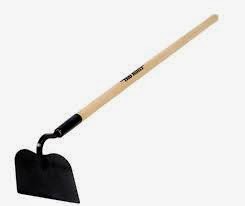 This camp is not called a "work camp" for nothing. The place is based on work and prisoners constitute almost all the labor. Without us, the place would quickly grind to a halt. There's an entire 800 acre dairy farm all staffed by prisoner-farmers (poor cows), there's the Air Force base where all the menial tasks are performed by prisoners, there's the groundsmen and the dishwashers, the orderlies and the laundrymen. The list goes on. There's even a prisoner at the beck and call of the commanding officer. Until we are assigned permanent jobs (after jumping through a bunch of silly bureaucratic hassles) we'll continue with the landscaping. I'm hoping for a job that leaves time for writing.

As may be expected in a system predicated on forced labor and a pay rate of approx $0.05 per hour, prisoners are not the most energetic workers. We're dedicated to doing our time with a minimum of effort, although there's no way way around the fact that hoeing, shoveling and the like are all very hard jobs. I was raised to work hard so struggle here with my inner drive to do a good versus the pressure from other prisoners to do as little as possible. 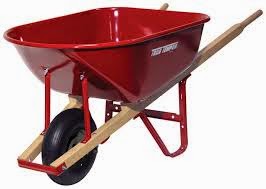 The entire system reminds me of the communist system in place in the Soviet Union and the early years of post-Soviet Russia in which workers, hired for life, received a pittance but could never be fired. The result? Everyone tried to do as little as possible. Same thing here. There's absolutely no incentive to exert yourself. What're they gonna do? Raise your pay to $0.06 per hour? There are some who try to work hard out of an inner work ethic, but they are held back by the other prisoners, who don't want to be made to look lazy (even though they are).

Perhaps that is too cruel - I'm not sure even the most intrepid workplace manager would be able to motivate this distinctly un-motivated work force.  The goal is to do as little as possible for as short as possible a period of time. If you think about it, after all, the camp represents a system of indentured servitude where you have men working in what is essentially a system of forced labor at commensurate rates of pay doing work - farming, distribution, land management, landscaping - that should and could be done by the private sector.

Well, enough thoughts of work for a Friday afternoon. Let us now turn our thoughts to the two glorious days of loafing that await. TGIF.

Posted by leighsprague at 11:03 AM