The Early Bird Gets the... 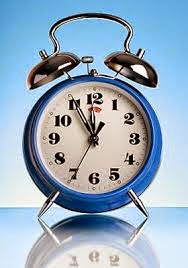 Good morning dear readers. It's 6 a.m. and the camp is slowly coming to life: the fluorescent banks of lights above our bunks have flashed on to groans and grunts, the e-mail computers have whirred to life, the door to the bathroom is banging open and shut as prisoners with bed-head traipse to the toilets, and the food truck has parked out behind the chow hall, ready to disgorge its load of yellow slop (corn grits to you Southerners out there). I'm now sitting at the computer next to a fellow inmate with hiccups and a case of the burps (no doubt from the grits) who enunciates each word out loud as he types it.

As for me, the day began long ago, at 4:15 to be precise. There have been days, I'm sorry to report, where this was an involuntary occurrence, a result of the hard mattress, loud snores and sore joints. But today and most days before that this minor act of self torture has been entirely voluntary. 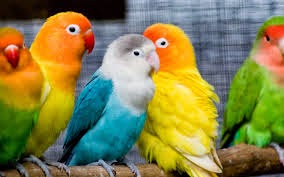 Now, I'm not bragging (ok, maybe a little), but those who know me well will be amazed at my newfound early-birdishness. Left to my own devices, I'd probably sleep until 11 and go to bed after midnight. But per my plan, I left my own devices behind me at the prison gates, determined to turn over a new leaf in my effort to be a happy, productive citizen behind these gates. One part of that plan was (and is) to get up early, not only to enjoy a bit of solitude before the masses raise their messy heads, but to get in a bit of writing and thinking and yoga. A bit of me time, as the baby-boomers say. A bit of time without people like the distracting, mumbling prisoner to my right.

Last week I fell off my schedule a bit. The weed whacking was getting me down and tiring me out and my 4:30 alarm was coming way to soon. So I slept in for a few days only to be awakened with a rude jolt by the guard flipping the switch at 6:15 to the blinding banks of lights above our heads. Not only was this not my preferred way to start the day but I found that I really missed my little dose of solitude. There's something magical about those dark, early morning hours, when I'm alone with my thoughts and writing in my notebook. Out of the entire day, this is when I truly feel free, when I'm able to forget for a short time where I am. I may be living in my head but, to me, it feels as if I'm soaring beyond these walls. Without it, I feel as if I'm constantly surrounded by people, like Tom Hanks's character stuck in the airport for months. 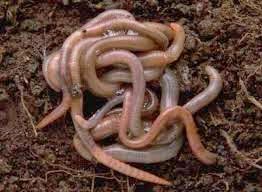 There's a long-term prisoner here who I really admire, a man by the name of Gary (I've changed his name) who has been here for years and, in the process, transformed himself into a yoga- and zen-master. Not only can he stand on his head for hours at a time but he rises regularly at 3:30 a.m. to meditate in his bunk for 2 hours before count. During this time, he says, he feels free. As you can see, I'm not the only one: maybe it's just that the two of us are crazy, but I actually think we've hit on something here, a method to keep sane and happy amidst the tumult of our overcrowded, raucous day.

Although I don't want to peer too far into my crystal ball, it'll be interesting to see if I manage to stick to this schedule not only for the duration of my stay but out in the real world as well. But in any event, here's a toast to all you early-birds out there. After years of resistance, I now realize what I've been missing.

Posted by Leigh Sprague at 9:29 AM