If I Were in Charge….


My posts lately have been pretty serious, even a little dark, focused as they've been on why I'm here and what I hope to gain. So in honor of the impending weekend - one of the last of summer, to boot - I decided to lighten things up a bit with a bit of humor. Or my attempt at it anyway. So without further ado, here are a few tongue-in-cheek ideas on how to improve the lives of inmates.

1. Casual Fridays: Prison is one of the last places in America untouched by the wave of casual Fridays that swept the country beginning in the 1990's. It's not as if we wear suits and ties here on the inside, but we are expected to dress up in our "greens" on Friday, just as any other week day. As I write, I'm sitting at the computer in my drab green shirt buttoned up to my neck, green khaki pants and yellow belt, dreaming of the gray sweats I'll be able to throw on at the end of the day. 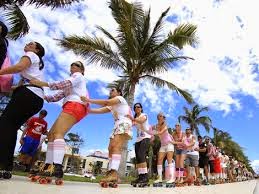 2. Conga Lines: Growing up, I spent my Saturdays at the roller-skating rink, locked arm-to-waist in long conga lines of fellow skaters, bobbing to the beat of Rock the Kasbah and Whip it Good. The aisles of the prison barracks, long and straight as they are, would be perfect for inmate conga lines. All we need is a bit of music and permission to groove on out. I vote for the chicken dance - my personal favorite.

3. Fart Zones: In prison you're hardly ever alone; privacy is a scarce commodity. The barracks are crowded, the chow hall lines are long and the bathroom is never empty. This presents a problem for those of us brought up with the notion that to fart in public is a social faux pas: where to let it rip? Many inmates do not appear encumbered by this social constraint, releasing their pent up gas whenever the urge strikes. But for me and others unused to cutting the cheese in public, what would be great are designated fart zones where we could go to relieve ourselves of all the gases created by the endless supply of chow-hall beans. Just a thought.

4. Prison Saying of the Day. Since I've been down I've heard certain sayings over and over again that I rarely, if ever, heard on the outside. These include "That's Craaazy" (pronounced similarly to "Heeeere's Johnny"), Uh Huh Uh Huh and Inmate.com. I'll address these all in a later post. But in the meantime I propose that we have an official word or saying of the day, to be used as often and as loudly as possible by each and every inmate. 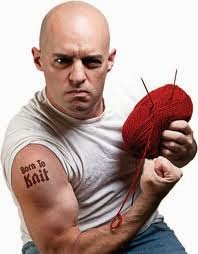 5. Tattoo Show and Tell. Tattoos here are creative and ubiquitous. But it's considered bad form to stare, to try to decipher the intricate curlicues that cover many inmate's every spare inch of skin. One funny example that I did see recently was a neck tattoo consisting of an arrow toward the Adam's's apple and the words: "Please cut here." In any event, my point is that, to overcome the taboo of unmitigated staring, prisons organize events in which prisoners show off their tattoos while describing them to other cons. 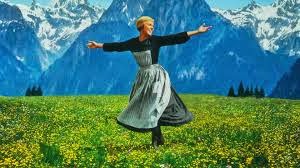 6. Theme Song. What could be better for morale than a theme song, a chance for all the inmates to lock arms, sway to and fro and let their vocal chords loose? We did as much growing up at Scout sleep away camp. In my view, something from the Sound of Music would work perfectly: uplifting, pro-social and encouraging of brotherly love. My vote goes for These Are a Few of My Favorite Things (with a few words adapted to our current reality): Bars on the Windows and Green Mush for Dinner, These are a Few of My Favorite Things.... 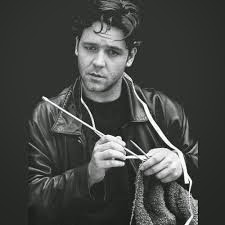 7. Knit-Off. They teach knitting in prison, although here it is called "yarn welding".  This is not a joke but honest-to-god fact. Of an evening, many inmates sit at their bunks darning baby socks, caps and the like. Why not turn this passive pursuit into a competitive sport? I would move it out to the backyard, right alongside the basketball court and soccer field, where inmates gather for intense and competitive matches. Tie a knot correctly and earn a point for the team.
Posted by leighsprague at 8:37 AM