A Few Interesting Statistics on Inmates, Prisons and Recidivism


With my budding interest in all things prison related, including issues related to incarceration, recidivism and crime, I read with interest a few fascinating statistics from a recent issue of the Economist that demonstrate that incarceration as a crime-reduction strategy is misguided, expensive, ineffectual and just generally stupid. I'll comment more on these later, but in the meantime I thought I'd set them out for consideration:

- In the U.S., the ratio of prisoners to violent crime is now four times what it was in the 1980's. This has resulted in a nearly 10-fold prisoner increase over the last three decades with a concomitant increase in expenses. 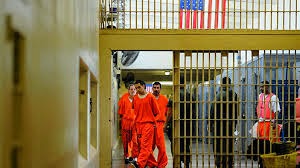 - The basic idea of the lock-em-up approach is that if criminals are locked up they are not able to commit crimes. Makes sense, right? But statistics demonstrate that "banging" up prisoners (as the British say) does not reduce crime. For example, in countries and states such as the Netherlands, California and New York where incarceration rates have dropped sharply, crime has continued to drop as well.

- Prison is, in fact, an incubator of crime. In the 2000's, statistics show, up to 40% of felonies were committed by ex-cons. Recidivism rates push 70%. Statistics of a healthy, successful system devoted to rehabilitation? Hardly.

- Interesting factoid: the Netherlands actually has more prison guards than prisoners. My dream is that someday we'll be able to say the same about the U.S.
Posted by leighsprague at 11:37 AM