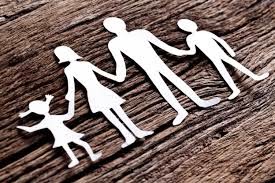 I have been blessed with a strong, supportive family. When my troubles began, they rallied around me with both words and deeds of support. They cried and suffered and expressed their disappointment, but they did not judge or ostracize or condemn. My mother has been a bedrock of support. Not only did she listen and comfort but she opened her home to me.  My sister and my father have also stood by me, providing comfort and strength.  Even my ex-wife, who suffered the most from my misdeeds, has been supportive. If I had been in her position, and she mine, I'm not sure that I could have been as forgiving. I can't imagine what this experience would have been like without all of them.  Much, much harder, at the very least. Adversity, they say, can bring a family together. That is true in our case.

After learning of my fate I was beset by the inevitable narcissism that overtakes all criminal defendants. My problems seemed so overwhelming that I forgot about my family's. Instead of asking my sister about my niece and nephews, or my mother about her boyfriend, I focused on me and my problems. I expected their support, as if I were somehow entitled to it. I failed to consider how my actions had affected them.  Only recently, as I finally managed to bring some perspective to my problems, have I stepped beyond my own troubles and begun to consider theirs. 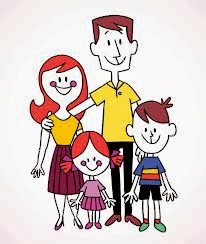 Every family is different, of course. But in talking with other cons I've learned that they all suffer in some similar ways as a result of our misdeeds. The same words arise over and over again: worry, distress, anxiety, sorrow, humiliation.  A fellow white-collar criminal who has already served his time described it like this: My family "served my sentence along with me. My parents never imagined that they would be visiting a son in prison, yet they endured the humiliation of sitting in a room full of felons, holding and embracing me as if I were deserving of their pride."

Often, families feel a sense of shame and guilt as they wonder what their friends and neighbors are thinking, how they will react, what they did wrong. Our society tends to judge and condemn felons and some of that condemnation inevitably extends to the innocent families of those felons. Families also struggle with carrying on while at the same time being forced to put their lives on hold. For example, my mother is already busy with her life and career and has agreed to take on duties that will take hours of her time each week. She will no doubt also make the time to visit me in prison.

Families struggle with their emotions, feeling as if they're going it alone and unsure where to turn. Families of addicts and alcoholics have organized support groups such as Al-anon for support.  None of that exists for the family of a con. Finally, families suffer from the pain and difficulties of separation, of losing a breadwinner, of adjusting to the absence of a loved one. 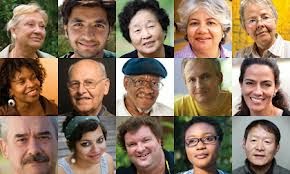 In this post I have treated families as a homogenous whole.  But, in fact, one group, suffers most: children. They are not guilty of a crime, not deserving of punishment, but they, as a result of their father's (and it usually is the father) actions, suffer the loss of a parent, the dissolution of a family, the anxiety of forced separation. As a father of two young children, this is what eats at me the most, the thought that fills my days and nights. I want to be there for my children, to love them and guide them, to help them grow into happy, responsible adults. But because of my actions I can't. They will suffer and I am to blame. And all responsibility for their upbringing will fall on their mother. I will address this topic in a separate post.

Us cons can't go it alone but beset by our troubles we tend to take for granted those around us. Without our families we would be lost, the pain compounded, the experience insufferable. But at the same time as we suffer, so do our families. Only they suffer more. Because they are the innocent victims.
Posted by Unknown at 2:36 PM