How I Became a Criminal Narcissist

A popularly held belief is that most criminals are psychopathic narcissists, suffering from a personality disorder that causes them to be self-serving, egocentric and uncaring.  I'm not a criminologist, just a criminal, so have no idea whether this holds true.  I'd like to think at the very least that I don't fit the bill although I suppose I'll learn soon enough whether the prisons are filled with such types. But the theory is undoubtedly appealing in that it helps explain to a layman how a criminal can commit a crime when most normal people would be deterred by concern for the victims or the threat of punishment.

What I do know is that becoming a defendant in a criminal case, after the bad deed is long past if not forgotten, can force narcissism upon even the most selfless of cons.  Where before your life was about ordinary things - work and family and stealing $10 million from an oligarch - suddenly, overnight, everything is about you, you you. What you did, why you did it, what your punishment will be, whether you have made amends, where you will serve your time. 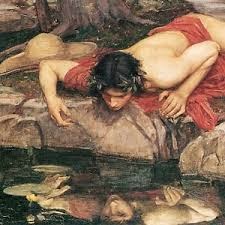 Your lawyer focuses on you, the judge focuses on you, the victims focus on you, your family focuses on you. You are now, whether you want to be or not, the focus of undivided, if not admiring, attention. Our 15 minutes of fame come in all different varieties after all.  Of course, the whole experience is so inherently awful that you'll never confuse it with winning an academy award.  But it is nonetheless a disorienting time that can mess with your mind. If you're not careful, you can come to believe that you're worthy of all the attention.

Because the process is so overwhelming, it's hard not to fixate on yourself and your plight while, embarrassingly enough (yes, I am guilty of this), discounting others' everyday trials and tribulations as trivial in comparison.  A standard response from a criminal defendant taken from an actual exchange: "Oh, your boss was rude to you at work?  The dog peed on the rug?  Someone honked at you on the freeway?  Well, la dee da. I'm going to jail for 10 years so please forgive me if I don't really give a [email protected]*t." 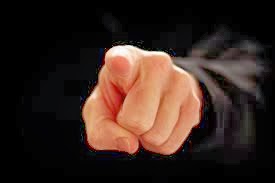 Inevitably, you, the defendant, begin to think that you and your plight are the center of the universe. Believe me, I know of what I speak.

The system itself encourages the fixation.  For example, as part of the sentencing process, friends and family are forced to participate by writing recommendation letters to the judge in support of the defendant. At the very time when these people are most likely hurt and sad and, quite possibly, hating your guts, they must sit down and write letters that extoll you to the heavens as a saint on earth, the next messiah, a modern-day Gandhi. And you, the defendant, must encourage them to reach for the superlatives. For me, this part of the process was painful and embarrassing, as I imagine it was for some of the letter writers. When all I wanted was to hide under a rock in shame and embarrassment, I had to go out and ask the world to sing my praises.  Oh well. Just another aspect of the narcissism the defendant needs to make it through.

But, lest we forget, regular life goes on.  And on.  And on. The wheels of justice grind oh so slowly. Over the months and even years that you sit, nervously awaiting your fate, some will be born, others will die, wars will start, stars will collide.  Fixating endlessly on the poor, stressed criminal in your midst can be a recipe for disaster. Because where the defendant inevitably turns into a narcissist, those around him must suddenly become the reverse.  (Forgive the digression, but is there a word for the opposite of narcissism? Selflessness? Humility?)

Where before the defendant's friends and family undoubtedly talked openly about themselves - their hopes, their plans, their desires - they must now subsume all of that to the insatiable demands of the defendant/narcissist.   As a result, everyone suffers: the narcissist because all he can think about is 'poor old me' and those across the table from him, who force themselves to think only about 'poor old him' while putting their own lives on hold.

So my advice, as hard as I know it is, is to embrace life, ordinary life, regular life, everyday life. Don't let the system get you, change who you are, unless of course it helps you change for the better. Defendants, think of others, think of your family.  You are not the only one who is upset or suffering. In fact, in comparison, it is those that surround you who are suffering the most. Families of cons are the forgotten heroes, those who were forced to suck it up, gather the pieces and carry on despite the devastation.  If anything, they suffer more than the cons as they struggle to survive amidst terrible feelings of shame, betrayal and heartbreak.

Friends and families, my advice: don't put your life on hold. Make the defendant in your midst listen to you: to your concerns, your feelings, your thoughts. You owe it to yourself.  And you owe it to him. Your con may struggle at first, overcome with the narcissism the system forces upon him, but in the end you will be doing him a favor by drawing him out of himself, if only for a while.  And you will be doing yourself a favor, by reminding yourself that life goes on.
Posted by Unknown at 4:59 PM