Daylight savings time started last night and, for me, it was an easy transition.  Truth is, I never switched to winter time. Ever since October, in fact, I've been going about life on my own personal time, with watches and clocks set one hour ahead.

This was not without its inconveniences, of course. I got used to subtracting an hour here, an hour there, in order to arrive on time for meetings and appointments.  Once I forgot, and arrived an hour early for a flight to California.  Better early than late, I always say, particularly where airports are concerned. 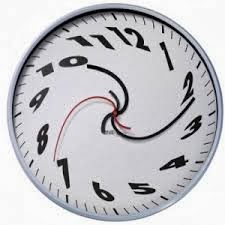 So why did I do this?  What's the point?  I've been asking myself that same question these last months as the long, cold winter dragged slowly by.  At first I thought it was just an unaccustomed inertia - laziness if you will - over making the effort to change the five whole watches and clocks in my apartment. But laziness does not explain why I actually reset the clocks on my gadgets - my computers and phones - to counteract their automatic readjustments. Nor does it match the reality: if laziness was the motivation, the actuality was that my actions resulted in much extra effort, the effort of constantly adjusting the time in my apartment and in my head to the time out there in the real world beyond my doorstep.

What I eventually came to realize is that the end of daylight savings time came soon after a series of closely-spaced traumatic events. The first to occur was my kids' return to their mother in Moscow after a wonderful summer spent with me in Wisconsin. The second, only a week later, was an e-mail from my lawyer informing me that we couldn't reach a deal with the prosecutor; in other words, that I would be charged. The third, several weeks after that, was the loss of my job after I informed my employer of the pending criminal charges.

Not a fun month. 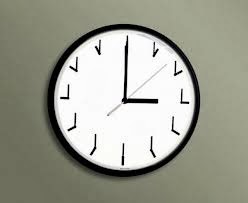 I carried on, more or less, or at least as best as I was able.  If you had asked me at the time, as the leaves browned and fell and summer turned to fall, I would have said I was fine.  And I wouldn't have been lying: I thought I was. You would have found me engaged in my usual activities - walking the dog, running errands, writing in my notebook - quite possibly with a thin smile on my face.  I viewed the bad news as a discrete set of occurrences with which I could deal by plowing ahead.

But I wasn't fine, not really.  I was floundering. My children's departure back to their mother in Moscow was always enough to set me off. This was not the first time they had stayed with me only to depart all-too-soon for home and school, but the good-byes somehow never got any easier.  I always missed them terribly. By now, however, I was able to recognize the signs: listlessness, depression, a longing for a return to the everyday joy of fathering my kids. My remedy was to carry on until my mood improved by focusing on work and writing and Netflix.

This time around, though, my tried-and-true escapes were either gone (work) or insufficient (writing). To be sure, I spent many evenings binge watching Breaking Bad (when times are hard it's always fun to witness those who have it worse) but I couldn't settle my mind.  My life had been turned upside down, my normal, daily routines had ceased to exist. What I wanted was to turn back the clock, to a time when I was married with two wonderful kids, to a time when the criminal justice system was nothing but an abstract concept, to a time when I went into work each morning just like any other ordinary guy.

As a result and like an ostrich, I buried my head in the sand, becoming a hermit in my apartment. I rarely ventured out. I blamed the weather. I blamed my car (which often failed to start).  I blamed my writing, which did in fact take up many hours of the day.  I didn't put two and two together until just recently, but it was at this very time that daylight savings time ended. Is it any wonder, in retrospect, that I refused to change my clocks? I was scared of what the future held, clinging vainly to the past. I didn't want to move forward. I wanted to move backward.  I wanted a chance for a re-do.  I wanted time to halt.  In talking with other white collar criminals I have since learned that my reactions were fairly typical.

Looking back, it all seems so obvious, so silly, so vain.  Did I really think that my refusal, at some subliminal level, would actually do any good? Or was it an ineffectual attempt to avoid reality? In any event, over the past months time has moved on, as it always does.  And life has improved. I'm no longer trying to live in the past but looking once again toward the future. I'm just glad that daylight savings finally came around again so that I could get back in touch with reality.
Posted by Unknown at 3:32 PM