My Judge: The Luck of the Draw

Despite yesterday's long missive on sentencing, I lay in bed last night thinking that one aspect of the whole experience deserved more attention: my judge. Or, to be more precise, I decided I needed to write more both about the man himself and the disorienting experience of being judged.

First of all, it feels very strange to be in the position of writing about a judge in the possessive - i.e., my judge - as if he were my valentine (won't you be mine). That is, of course, ridiculous: he is no more mine than yours or anybody else's. But the fact is, he was assigned to me, presided over my case, read about me and my misdeeds in excruciating detail, and pronounced judgment on me. In the course of human interactions, it doesn't get much more intimate than that. As a result, I can't help but feel that he is mine at least in some sense of the word. 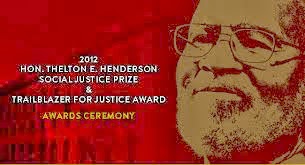 My confusion in regard to my relationship with this man evinces the fact that it is a strange interaction when one human being is put into the position of judging another. This man, whom I'd never met, and who I imagine is subject to some of the same weaknesses and failings as all human beings, held my fate in his hands. I found the experience scary. On the one hand, I wanted to ascribe all the highest human faculties of reason and judiciousness and understanding to this person - hoping for the best is the best way I can describe it.  On the other hand, I understood that my hope could very well be misplaced. What if he'd cut himself shaving that morning or was just plain old having a bad day? Would he add a year or two on in spite? When he pronounced my sentence, I wondered to myself how he'd come up with that seemingly random number. Was it something more than a whim, a capricious stab in the dark?  "Hmmm, 50 sounds good, let's go with that." 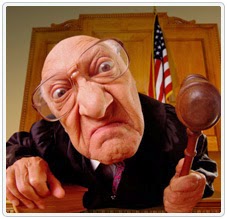 Not my judge (thank God)

We have all had, of course, at least superficial experiences with judging or being judged: at work in an employment review, at school by the teachers. But these types of judging are vastly different, much less consequential, than the decisions taken each day by judges - decisions over freedom and incarceration, life and death - as a matter of course. As I stood before my judge, I tried to put myself in his shoes, wondering what it must be like to pronounce judgment on another. I tried to imagine him up late reading all the letters and briefs about me, trying to get an understanding of this man that stood before him.  I couldn't quite picture it. And I most definitely would not want to do it.

What first came to mind was that, in some sense, it must be a heady experience: the power of the position could worm its way into the ego of a weak man, playing havoc on his sense of self and power, over-inflating his sense of worth. The fact that my judge was self-effacing, modest and thoughtful - in other words, that he approached his task with the gravity and seriousness that it deserved and had not let his position go to his head - made me respect him all the more.

We Americans like to think that we have elevated justice to some higher plane, a plane above the caprice and randomness of daily life. We like to think that through proper organization we can bring order and fairness to the judicial process - the act of judging others - to raise it above the inherent failings of the human condition. Just look at our sentencing guidelines, designed in a highly technical manner, much like a computer program, to spit out fair and just sentences through the input of the proper data. 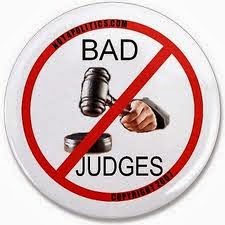 This dispassionate, apolitical approach to sentencing is a particularly American belief and, as sorry as I am to say it, is nothing more than a chimera. We have clearly failed in our elevated pursuit of perfect justice. In reality, our sentencing is haphazard and disjointed, unfair, unjust and even - more often than any of us would like to admit - racist.

Our sentencing is politically motivated and, far from being administered in an upstanding judicial vacuum, is often influenced by outside events that should have no bearing on the case at hand. Many judges at local, regional and state levels, must in fact run for reelection and tailor their rulings to the whims of the public. As I listened to my sentence, I wondered to myself what influence Russia's recent actions in Ukraine may have had on my sentencing. I'm certain that my judge did not let these events change his decision, but it's certainly conceivable that another judge could have been swayed by recent anti-Russian fervor.

As I already wrote, I feel blessed to have received, through the luck of the draw, a considerate, thoughtful judge. I truly appreciate the fact that with him I received a fair, considered hearing. He clearly took the time to study the materials and consider the options. He didn't rush to judgment or impose a cookie-cutter sentence.  These are the qualities I would expect in any successful judge, as a matter of fact. I am satisfied with my sentence. But I understand from my lawyer and others who know the system well, that my judge is the exception to the rule rather than the norm. Many judges, I have been told, are pressed for time, incurious, prone to aping the prosecutor's line, politically motivated, burned out, biased.

But my aim is not to criticize judges themselves but the system within which they work. The very fact that the judge you receive can make such a humongous difference in the outcome of your case demonstrates the very failing in our system: its capriciousness. It is a system not so far removed from the good old English court where your fate depended on the caprice of the king, with the difference that if you don't like his ruling, you may be able to appeal to another group of higher-up kings.  At base, it is a system ruled by individuals, some good, some bad, some indifferent.

The judge your receive is an entirely random event but it is nonetheless an event, like being struck by lightning, that can have a profound impact on your life.  But where the English readily admit to the fallibility of their model, we bury our head in the sand with prophylactic 'scientific' cures designed to ensure a fair, just system, but which in reality result in the exact opposite. It's time we just admit the fact that our judicial system is a system run by human beings for other human beings, subject to all the infallibilities and failings of any other human system. Only through admitting this most basic fact will we be able to recognize our system for what it is and begin to address its failings.
Posted by Unknown at 10:42 PM