On the Hunt for Sandhill Cranes

Twelve hours on the road and here I am at a 24-hour McDonald's drinking a vanilla shake. I now know the answer to something I've always wondered: in the middle of the night you can order both a Big Mac and an Egg McMuffin.

For the past several hours I've been ready to pull over but was lured on by signs along the road touting the allure of Grand Island Nebraska. There were more signs for this place than for the big cities I've passed through - Omaha, Dubuque - so I had high hopes of finding an oasis in the plains, or at least something other than a fast-food restaurant and a place to lay my head. When I finally reached this oasis in the plains what I saw was a swamp and a gas station. That's it. So I decided to carry on to Fort Kearny, the next point on the map. And so here I am - not a crane in sight.

The trip started well. As I left Oconomowoc I was excited to hit the road. Strong gusts of wind that pushed my truck wildly across the lanes kept me focused. The border crossing - the first of the trip - into Ohio was the overwhelming highlight. But then things began to drag. I focused obsessively on the odometer as the miles slowly clicked past. I'd been driving for what seemed like hours but had only moved 1/2 inch on my map. 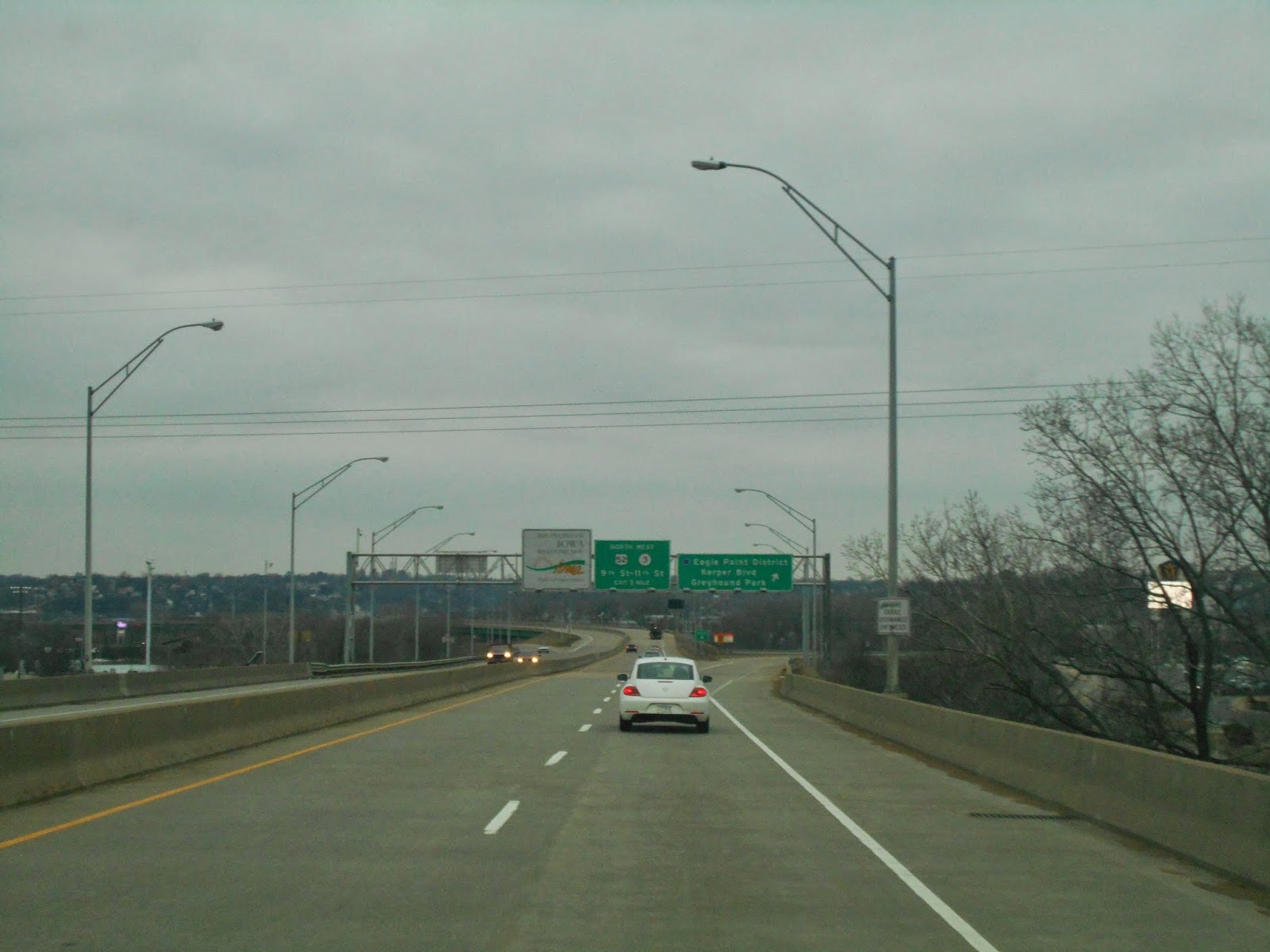 Crossing the first border
As a good Wisconsinite, I know next to nothing about our neighboring states. I assumed they were all piddly, inconsequential places compared to our great state. Imagine my surprise when I discovered that Iowa is incredibly long. Hours and hours and fields and fields and there I was, still tooling through the corn. That's not to say the state is boring. Oh no. It's a barrel of excitement, especially compared to the next state along the road: Nebraska.

The first attraction I came across was the homestead and library of my very favorite president - Herbert Hoover. I had always assumed that this president who so bravely led us into the Depression was a blue blood from out East. Not so. But major bummer: I arrived too late and the library was closed. 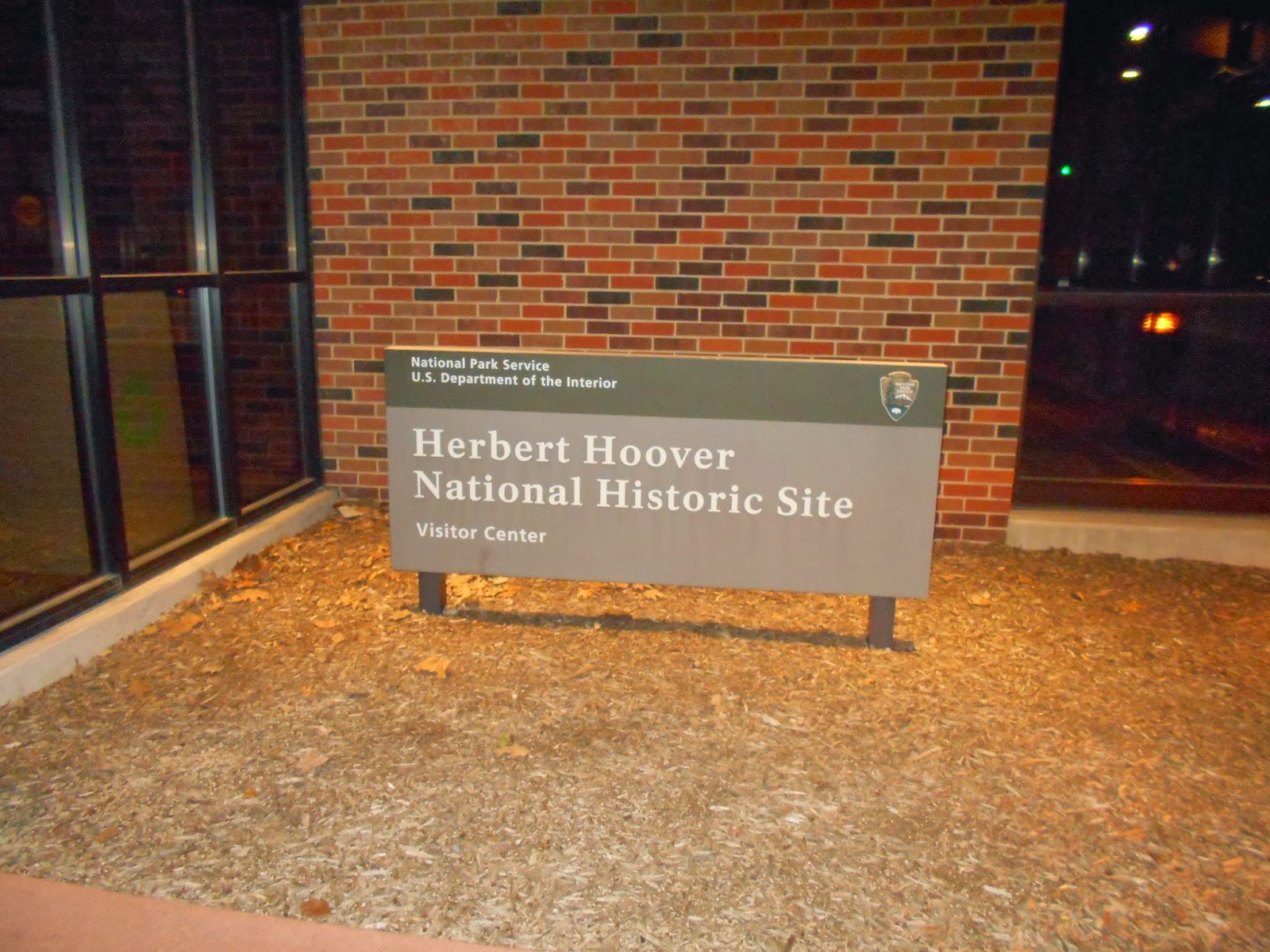 Library and house of our best president - closed for the season
Down the road a ways from H. Hoover's former digs I came across attraction number two: John Wayne's birthplace. Who would have ever guessed that our most famous celluloid cowboy harks from the corn fields of Iowa? And almost a neighbor of Herbert Hoover, to boot. But - double bummer - this too was closed. 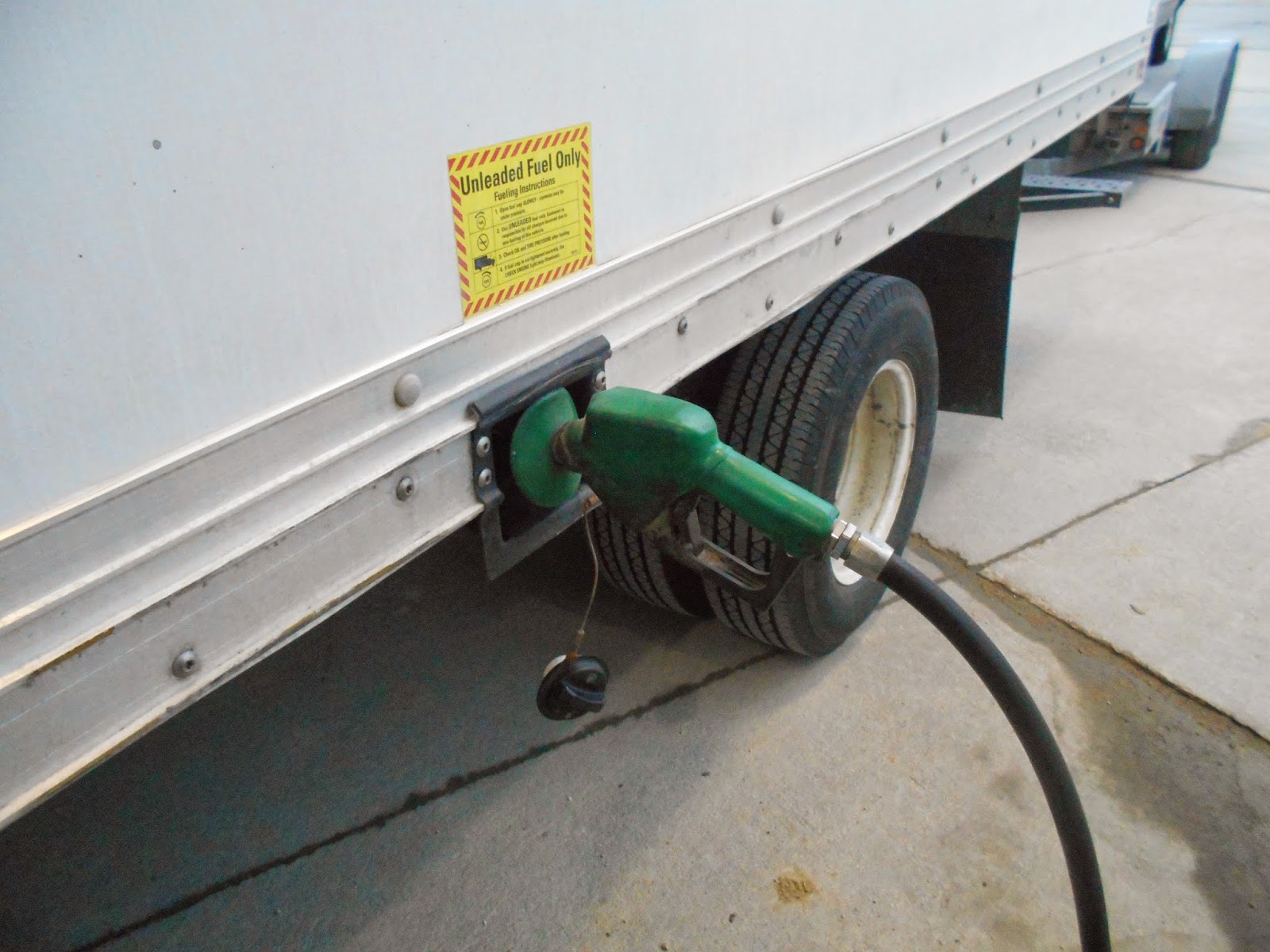 First of many, many fill-ups.
Finally, at some indeterminate point following the excitement engendered by these discoveries, I settled into the ZONE. This was a semi-meditative state in which the miles flew past. I couldn't tell you what I thought about or what I did during this time. All I know is that I managed to stay on the road and avoid pissing off any semi drivers. One thing that I definitely DID NOT think about was what awaits me at the end of this adventure. I did think about what to write in this blog and crafted in my head the world's best, most interesting post. But now that I am sitting here at my computer I cannot remember one single idea. 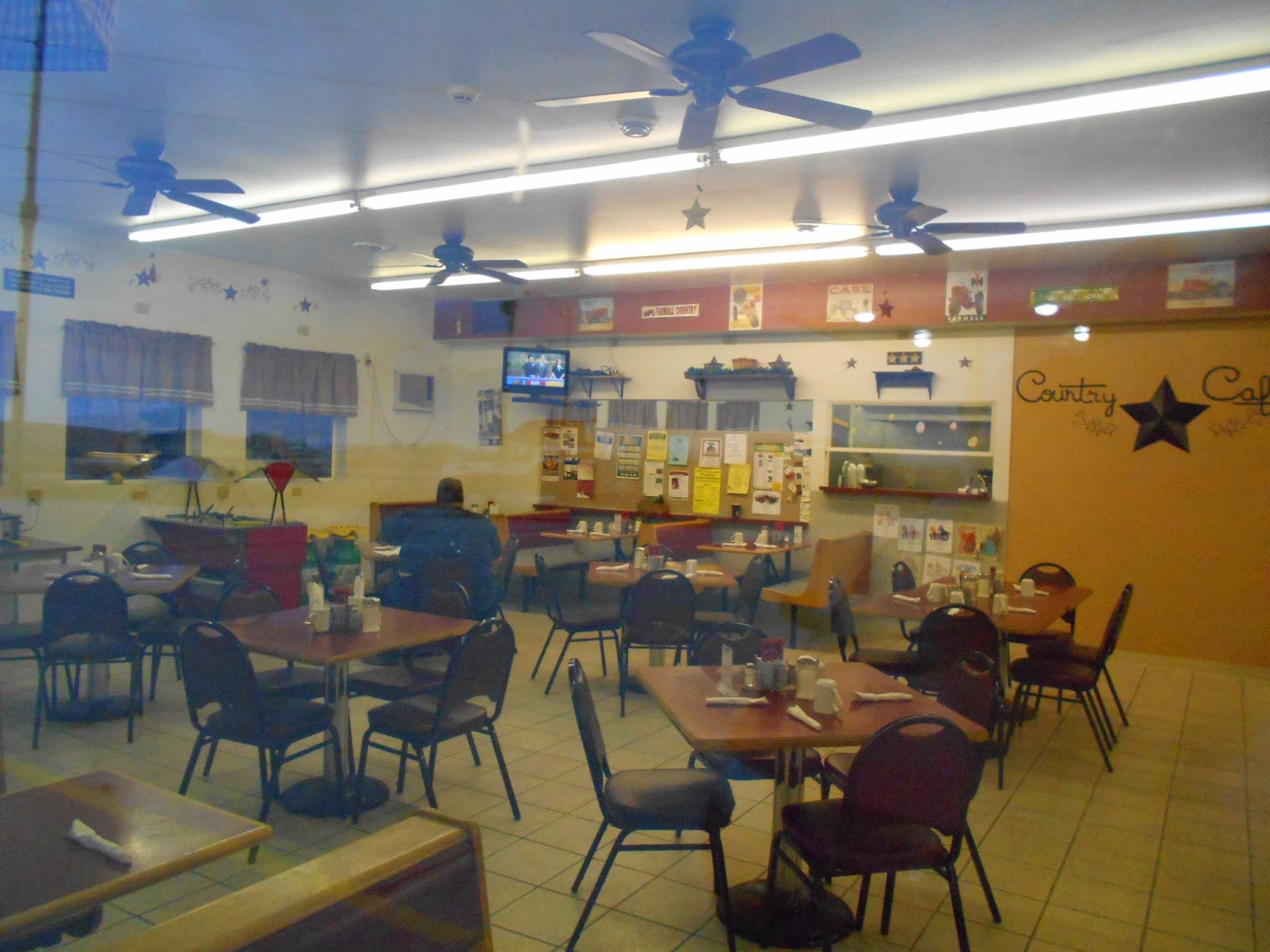 My friend Dave seen from behind watching Fox News.
My big plan to meet people along the way and tell them of my sordid past has not yet come to much. The only person I've talked with - not counting cashiers - was a morbidly obese man named Dave, who I met in a truck stop/diner/gas station somewhere in Ohio. Dave was friendly enough but - how to put this politely - extremely forward with his political views. Within five minutes I'd basically got the gist of his sophisticated worldview, which can be summed up by the old adage: going to hell in a handbasket. The only thing saving us from Armageddon, according to Dave, is the right to bear arms, and even that is under serious threat. In the end, I decided that it was not in my best interests to tell Dave he was sitting across from a convicted felon.

One way that I've passed the time is to count the McDonald's that I've passed. This stop here in Fort Kearny is particularly fortuitous, as it also happens to be McDonald's restaurant No. 50 per my counting (though I may have missed a few while in the ZONE). I had planned to avoid all fast food for at least another day but this was too historic an occasion to pass up. 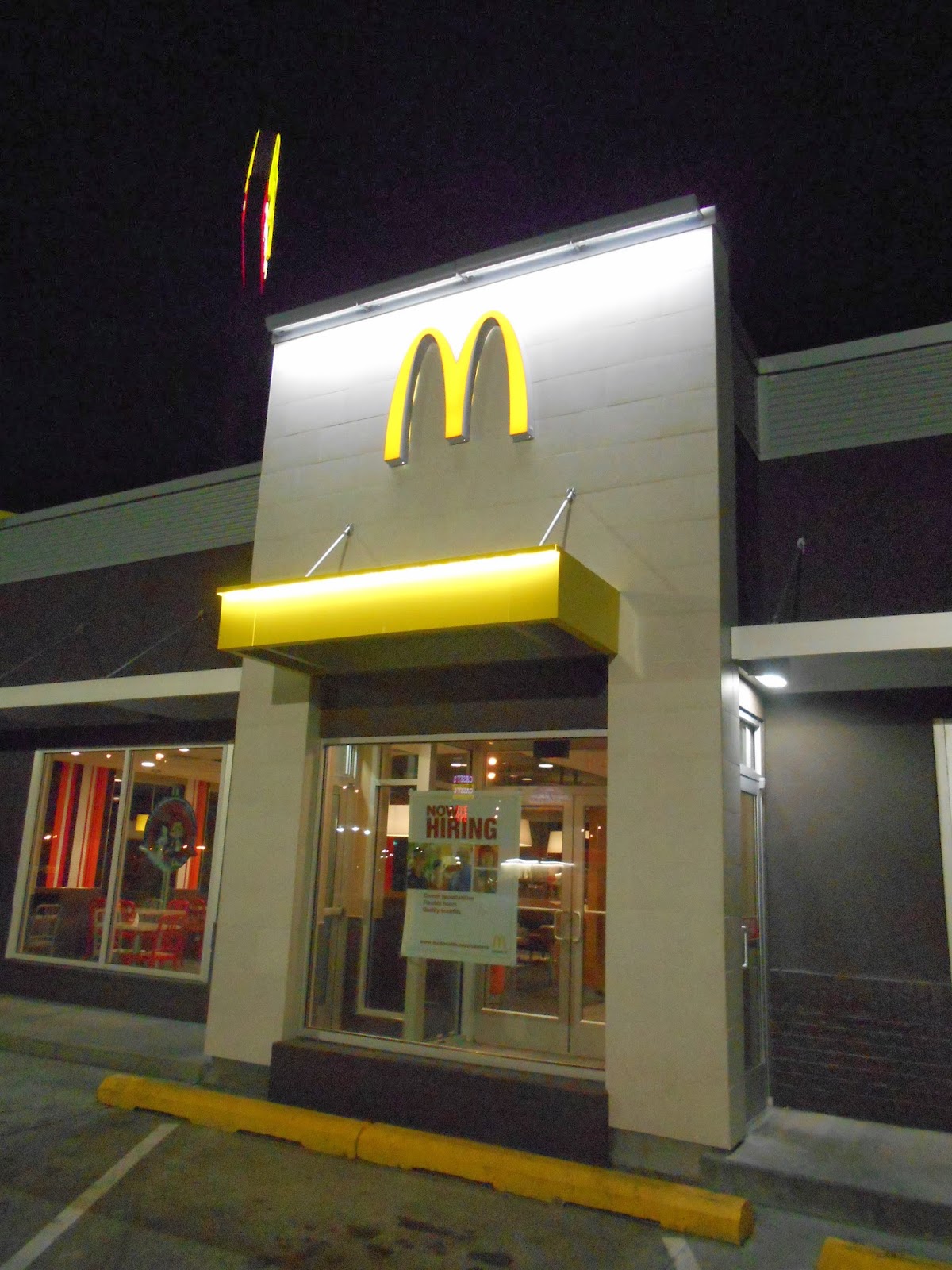 4 a.m. at McDonald's No. 50 in Fort Kearny Nebraska
A few hundred miles back I also stopped at the world's largest truck stop (at least according to the sign). I was understandably impressed by the vast rows of fuel pumps but was left wondering how they determined this fact. Is the determining factor the number of urinals? Or maybe the size of the cowboy hat section of the convenience store? Or possibly the average girth of their customers? Are they in the Guinness Book of World Records?  As you can see, I'm a stickler for truth in advertising. 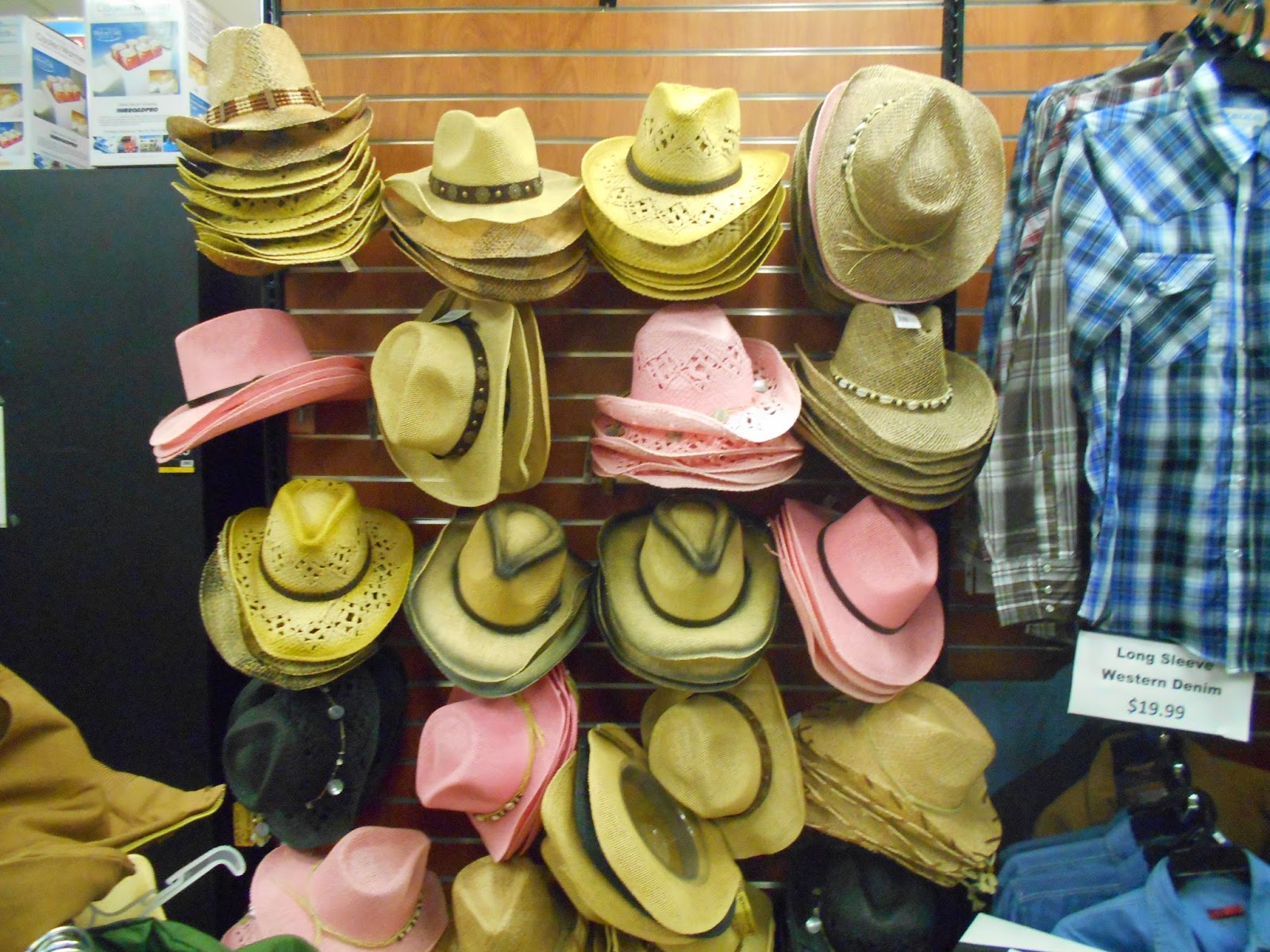 So now its time for a little R&R. I haven't decided yet whether to lay down in the back seat of my freezing car or in the bed of the the truck amidst my worldly possession. Maybe I'll try both and see which is the least uncomfortable.

Or maybe that's today.
Posted by Unknown at 1:31 AM