After focusing yesterday on the nitty gritty of the criminal process - we managed to finish our report late last night, in case anyone is wondering - I decided to step back and write about a more universal experience: the transformative power of traumatic events. Sorry for using such big words. If I'm not careful I'll start sounding like a psychiatrist, which I most decidedly am not. In any event, that's really just a fancy way of expressing what this old adage says much better: strength through adversity. Or a more colloquial way to put it: what doesn't kill you makes you stronger. 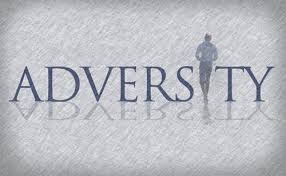 This topic came to mind as a result of a heartfelt response from a stranger to a post I made on Quora yesterday on white collar crime. I won't go into details about the personal things this man, who I'll call Martin, wrote to me, but suffice it to say that he has had a difficult and terrible year filled with family-related problems. If what happened to Martin happened to me, I would undoubtedly complain, maybe blame the person causing the problems, maybe feel sorry for myself. But Martin did not. Instead of complaining or bemoaning his fate, he views the experience in a positive light. Here is one excerpt from what he wrote:

"This past year has been the hardest of my life.... But, believe it or not, i'm grateful for all of this suffering. It really sucked most of the time, but now that I've excepted these radical changes to my life, I'm a stronger person than ever before."

I guess you could say that I can relate to what Martin wrote. 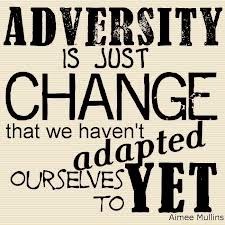 Before my downfall, I'd had an easy life that had progressed as if on rails from success to success. I didn't really appreciate these successes: it's almost as if I expected them as my due, as if I were somehow entitled to make $1 million a year or have a big house or a healthy, happy family.  As a result of the ease in which all these good things came to me, deep down, so deep that it was subconscious, I felt undeserving, as if my success were, in fact, a fraud. These buried feelings made me strike out in an attempt to destroy all the good things I had, because deep down I was convinced that I didn't deserve any of it. Instead of focusing on the good I fixated on the bad.

It was only through hardship and failure that I realized how good I'd had it, what I had lost. What I had earlier taken for granted - my children, my career, my profession - I now value more than anything else. Of course, I wish that I had not had to lose everything to become a stronger, better person. And I hope that my readers are able to appreciate their blessings without committing a crime or falling into depression or losing everything they have. But I'm thankful that there's at least a silver lining in all this suffering. It brings some meaning to some very bad events.

I've come to believe that it's not the tragedy that's the issue, it's how we respond to it. Some people devolve into self pity as a result of hardship. Others transcend the experience and become better, stronger people. Embarrassingly enough, I fit into both categories. When I was first caught I fell into depression and blamed others for my problems. I felt sorry for myself and overcome with remorse. I even tried (halfheartedly) to kill myself.

But over time I came to see the value in my suffering. It has made me a better person. While I still wish I could take back what I did and avoid all the consequences, in particular the suffering I caused to innocent victims such as my kids and wife, the fact that these things happened is not all bad. At one point I never, ever thought I would be in a position to say that. What happened seemed all bad, only bad and forever bad. But, as the title of this post states, I've become stronger through adversity. Forgive me if it's cliched, hackneyed, but in my case it's true. And if I can do it, so can anyone. It's just there's a little secret no one tells you because it makes for a boring adage: you don't necessarily need adversity to become a stronger, better person. I did, because I'm weak. But I firmly believe that, in that, I'm the exception, that most people out there can better themselves, better their lives, appreciate their blessings without suffering tremendous loss.

It just takes some effort.
Posted by Unknown at 9:47 AM