The Strange Limbo of a Criminal Defendant

I spent the past week helping my ex-wife prepare for her move with our kids from Moscow to Los Angeles. We toured schools, visited neighborhoods and viewed apartments.  By the end of the week, we had a pretty good idea of what to do and how to do it. 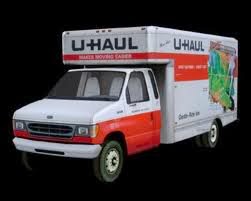 I am overjoyed that she has decided to take this step.  In fact, I have dreamed of it for years.  The move promises a better life for the kids: better schools, better environment, not to mention better weather. It also means that they will be able to visit me in prison.  Yes, prison.

As background, several years ago I stole money from a Russian oligarch.  Hell hath no fury like an oligarch scorned and when he found out I had to flee Moscow in fear for my life.  My wife decided to stay behind and has remained there with the kids ever since while I tried to rebuild my life in the Midwest. We managed to create a semi-normal, albeit itinerant, life for them: they visit me here in the U.S. on every school break. But for all those years, I dreamed constantly of their return to the U.S. and all that it promised: the ability to see the kids on weekends, to visit them on my days off, to meet with their teachers.  In short, I dreamed of once again playing an integral part in their everyday lives. Divorce is one thing, exile quite another. 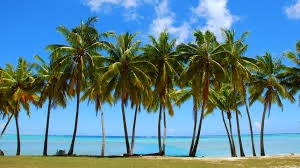 Now, my wish is about to come true: my family is coming home.  Unfortunately, their move coincides almost exactly with my impending conviction and incarceration.  My sentencing is scheduled for March and then, about a month later (excepting a miracle), I will head off to prison.  A few weeks later, once their school year finishes, my family will move to California. It's the ultimate example of being careful what you wish for.

As a result, it was a strange, upsetting experience helping to prepare for their new life knowing that I will not be a part of it. We toured apartments and I dreamed of living in them.  We visited schools and I imagined dropping the kids off in the morning and picking them up in the afternoon.  We walked around neighborhoods that I wished I could call my own.  Alas, none of that is set to be.  At least for the foreseeable future.

This is, though, just an acute symptom of the strange limbo of being a defendant in the criminal justice system. The wheels of justice turn oh-so-slowly and during this time regular life must be put on hold. I lost my job but was unable to look for a new one.  I rented an apartment knowing that I would have to ultimately break the lease.  For a long time, I tried to hide the whole thing from my friends and family, pretending that life was normal and things were fine.

In most respects, life turns into a slow-motion version of Chinese water torture as you count down the years and months and days until you are charged, then sentenced, then incarcerated. The not-knowing - whether you'll be convicted, how long your sentence will be - gnaws at you as you imagine the worst. Those who preceded me say that this time is the worst; that in comparison, prison is almost a relief.  At least, they say, it provides a sense of finality and gives you something - your ultimate freedom - to look forward to.  In comparison, the time leading up to incarceration is a stressful, anxiety filled time as you contemplate the end of life as you know it.

Despite my dislocation, the fact that I was able to help them prepare for their move does mean something. Without my involvement, it would have been very hard for my ex-wife to organize the move from abroad. The project has given these last stressful months of freedom some meaning and worth - it feels good to help instead of asking others for help.  It has also made the time move faster.  And of course, I do have hope now that come visiting day, I'll be led through the steel doors into the waiting arms of my children.
Posted by Unknown at 10:01 AM