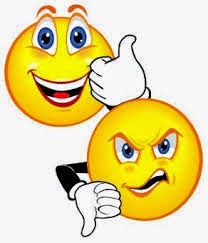 It's a rare day, at least in my life, where the news is either all good or all bad. In that, most days are just like life, I suppose, where the good and the bad tend to come swirled together into varied kaleidoscopes of black and white, welcome and unwelcome, expected and unexpected. Lest I float off into an esoteric rumination on life and its variegations, I suppose I should come back down to earth. What I'm trying to say, a bit more fancifully than may in fact be necessary, is that today was one of those typical days where good news came along with the bad. And now I will share that news - the good, the bad, the ugly - with you.

On the bad-news front (in case you didn't know, let me tell you: bad news must always come first), I received my expected "call-up" papers from the Bureau of Prisons inviting me to join them on a Monday morning several weeks from now. I have embedded the letter for your edification at the bottom of this post (those Wisconsinites among my readers may find it amusing that it misspelled my address as Oconomowolc, WI, admittedly a difficult word). The bad news is, of course, that I received such a letter in the first place. A letter like this ranks right up there on the welcome-ness scale with a letter from the lab telling you that your liver enzymes are all out of whack. I have received letters of both types, so am speaking from experience when I say that they engender similar reactions.

But even here the news was a mix of good and bad. The good news within the bad is that I received what I requested: an assignment to the idyllic wonderland of Lompoc Federal Prison Camp on the balmy, central Californian coast above Santa Barbara. I will be so close to Santa Barbara, in fact, that under different circumstances you could almost call this a vacation not that far from paradise. Come to think of it, that almost sounds like a Jimmy Buffet tune:

Tried to amend my thieving habits.
Made it nearly seventy days,
Losin' weight without speed, eatin' mushy green peas,
Picking up trash and countin' the days

At the least, I've heard, prisoners can smell the eucalyptus through the bars of the windows that line the gymnasium where they sleep in countless rows.

The good news lies in the fact that such an assignment was by no means assured: I have heard tell of convicts requesting Florida and receiving South Dakota (although one of the purportedly "best" prison camps happens to be located in Yangton, S.D., so there too the good news is mixed with the bad). The fact is, I got what I wanted given the limited choices available to me.

This good news within the bad is, in fact, of more consequence than it first appears. It means, for example, that I will have some hope of seeing my children on a regular basis following their impending move from Moscow to LA. Really, that's all that matters. Lower down on the consequence scale, it also means that I will be in a facility that offers the magical drug treatment program (RDAP, for the uninitiated) that could magically shave an entire year off my sentence and maybe even cure me once and for all of my perennial cravings for codeine. Even lower on the scale is that the Bureau, in its kindness, granted me three extra days of freedom: the court set my "check in" date as May 2; the letter revised that to May 5. I suppose I will need to find some way to commemorate those three extra days, make them special. Suggestions are welcome.

And last, but not least on the good-news spectrum, I have finally learned my brand-new name, the name by which I will be known for the next three years of my life: 19314-111. A new name and so soon after my birthday, to boot; makes me feel special, almost as if I've been born again or reincarnated. On the worrisome side, I have never been good at memorizing numbers so am somewhat concerned - given past troubles with telephone numbers and the like - that I may transpose a nine or a three, thus confusing myself with a fellow-prisoner down the aisle and causing great confusion behind the bars. Only time will tell. But in your notes and letters please feel free to refer to me by my brand-new name. 19314-111. Has a nice ring to it, don't you think? Better, in any event, than 66666-666 or 00000-000 although if I had my choice, I think I might pick 12345-678.

Here I am, at the end of this post, back again with a variation on the esoteric flight of fancy with which I started: Can bad news, if it is fully expected and even, in a sense, welcomed, still be considered bad news? For example, if you know already that you are going to die and then receive a letter informing you of that fact, is the letter itself truly bad news? In my case, the only surprise, really, was the speed with which the letter was sent: given typical bureaucratic disfunction I had expected to receive it on the eve of my reporting date. But I am thankful that at least some good news came along with the bad.

In any event, that's enough news - both good and bad - for one day.

Posted by Leigh Sprague at 3:38 PM