Learning from Mistakes: Two People Who Have

When you find yourself in my position - the position of someone who did wrong, got caught and was punished - you tend to become much less judgmental. Not that I was particularly judgmental before, but I was definitely quicker to pronounce on good and bad, right and wrong.

Now, what impresses me most is those who have used adversity to become better, stronger people, people able to not only help themselves but to use their experiences to help others. It doesn't matter to me whether that adversity was external or self inflicted, the result of a stupid blunder or an innocent mistake.  What matters to me is how those people reacted to adversity and managed to use it for their benefit.  I guess what I am trying to say is that I have a newfound appreciation for people who are able to learn from their mistakes. Surprisingly enough, many people don't.  All too often the first inclination is to deny or deflect or shift blame to others. 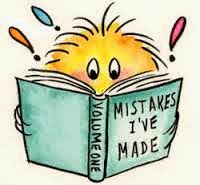 My viewpoint may be self-serving to an extent - I'd like to think that I am in the learning-from-your-mistakes minority of the population.  At least I aspire to be.  Without that aspiration my mistakes seem nothing but stupid and meaningless. I do truly believe that, as Kelly Clarkson sings, what doesn't hurt you makes you stronger. Or it should, in any event, if  you are approaching things right.

Today, it turns out, I have had the privilege of benefitting from the wisdom others have found through their mistakes. So, in turn, I will make this a day for shout-outs and lending a helping hand. I don't believe in fate but I do believe that what goes around comes around. 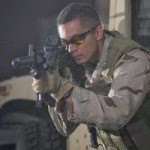 I had a long conversation today with a man by the name of Phillip, a Navy SEAL and decorated veteran of Afghanistan. Phillip also happens to be a felon convicted of selling military equipment on the side.  Justin Paperny put us in touch because he served in the same prison camp where I expect to go: Lompoc, located near Santa Barbara on the California coast. Of course, hearing from Phillip about what to expect in my day-to-day life as a federal prisoner was helpful. Left to my own devices, I try to imagine what my life will be like once I walk through those doors.  But without hard information, I find myself fantasizing to such an extent that I make myself nervous. Some of what Phillip told me is comforting - what to expect in the prison drug treatment program, for example. Some of what he told me was at least mildly upsetting: prisoners, apparently, sleep all together in a huge barracks-like space filled with bunk beds. Summer camp meets convicted felons. He also told me to watch out for the food and that I will undoubtedly contract athlete's foot and other funguses. But whether good or bad, the facts are much better than my fantasies, so it's helpful to know.

What impressed me most about Phillip is not his willingness to take the time to share with me, but the way he has approached adversity and learned from his experiences. Here was a decorated veteran who suddenly found himself a lowly criminal, cut off from friends and family after bravely serving his country for 13 years. Instead of letting that get him down, he applied himself to life in prison and even managed to thrive. He was one of the leaders in the camp's drug treatment program and successfully completed Michael Santos' Straight-A-Guide for prisoners. You can find Phillip's thoughtful and considered responses to that program's many challenging questions, together with posts about his life and experiences in prison, here.  Now, free once again, Phillip is not only gainfully employed but enrolled as a full-time student. He is also writing a book. He has also been able, through his hard work, to reconnect with his ex-wife and children and to serve as a role model to others through his outreach. In short, he has used his mistakes to transform himself into a better, stronger person. I'm not sure where he finds the time, by I am in awe of his focus. 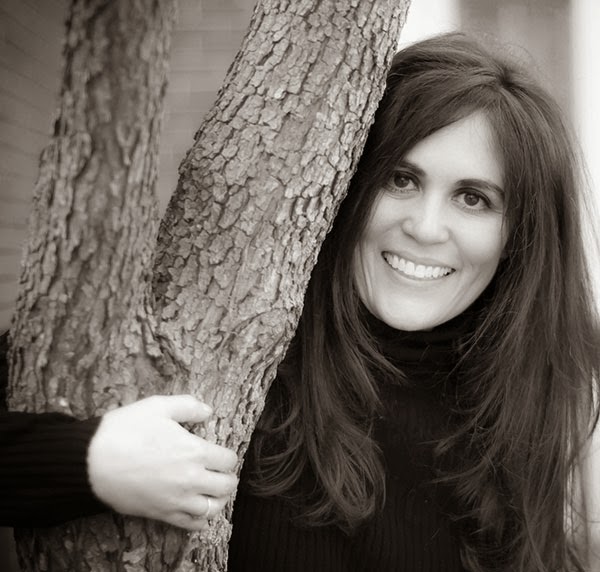 A few days ago, Hilary Neiman, another convicted felon, reached out to me to provide me with moral support. I was very grateful. We hit it off, not only because we were both lawyers and made some similar "bad choicing" (to put it euphemistically), but because we are both trying to use our bad choices and experiences for the greater good. Like me, Hilary has written a book documenting her experiences. It is entitled Things Fall Apart, Wisdom Restores, and you can find excerpts and reviews here. I am in the middle of it now - she sent me a manuscript copy - and can say that it's a fascinating read. She is also using the wisdom she has found through her trials, tribulations and mistakes to write a blog and to help others as a life coach.

Posted by Leigh Sprague at 5:10 PM

Email ThisBlogThis!Share to TwitterShare to FacebookShare to Pinterest
Labels: mistakes