Made in America for Americans 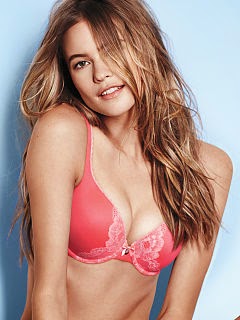 In a few weeks I'll be hard at work for 15 cents per hour. I don't yet know what my job will be but I'm sure that very subject will be the covered in some future post. For now I'm left reading interesting articles, such as this one, on the prison-industrial complex and prison labor.

If you had asked me a year ago what prisoners make, I would have answered 'license plates'.  I didn't yet know that prisoners actually make many things, including Victoria's Secret lingerie, canoes and baseball caps. Prisoners even used to make Ikea products. No wonder Ikea can sell its products so cheap! Nor did I know that prison-made goods have a sizable following, even though the products are generally considered to be poorly made. That's a true niche market if there ever was one. The sad fact is that, just as corporations profit off the prisons themselves, so too do too many profit from what is in essence slave labor. But think about the cocktail chatter: you can joke with your friends that you once let a felon touch your bra.

If you're passing through Colorado and in the mood for something with that good-ol' haute-couture prison-house cache, stop by this store that only sells products made by prisoners: everything from jeans to jackets to shoes. Unfortunately, for whatever reason, they don't yet carry Victoria's Secret. But you'll still be the envy of your friends. I like their witty slogan: Made on the Inside to Wear on the Outside. And guess what? They can also claim to sell one of the few products left that is "made in America by Americans for Americans."
Posted by Leigh Sprague at 10:07 PM