Am I Going to Prison Camp or Not? 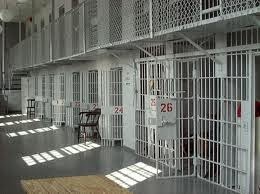 A week or so ago I received my long-awaited “call-up” letter from the Bureau of Prisons – available here at this link – telling me when and where to report. I considered it good news not only because I got a letter in the first place – I’ve heard many stories of felons who never received a letter at all and were then punished for failing to report – but that they granted my request for Lompoc Prison Camp in California.
Although the Bureau’s policy is to try to place prisoners within 500 miles of their release residence, in practice this often, for various reasons, does not occur. In the weeks leading up to my receipt of the letter, I had many nightmares of the sort I discussed in this post about being placed in South Dakota or the East Coast, places where I would have no hope of regular visits from my children. So when I saw Lompoc on my letter, I gave a sigh of relief, put my nightmares out of mind, and continued with my countdown to prison.
Imagine my shock and surprise when my lawyer called me yesterday to say that I was not going to a camp after all but to Lompoc’s medium-security penitentiary, a place of bars, barbed wire and guard towers where I would be mingling, if not with the worst of the worst, than at least with the pretty darned bad. “That can’t be,” I told her.  “Why would they do that?”
“Your sentence is too long,” she told me. “You don’t qualify for a camp.”
“What?” I asked, incredulous. “How could that be?” Visions of bars and thugs and hardened criminals danced before my eyes.  With a shudder I began to consider my essential wimpiness. Would I survive in such a place? 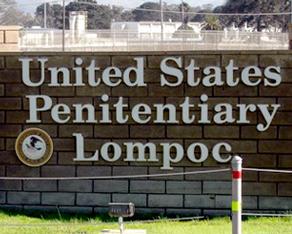 “Look at your letter,” she said. “See the abbreviation ‘USP’? That stands for United States Penitentiary. I’m sorry to break the bad news, but that’s where you’ll be going. Once you’re there you can possibly request a transfer.”
I looked at the letter and there it was: “Lompoc USP”.
I hung up the phone with a falling heart as I looked again at the letter. Here’s what it said: “You have been designated to Lompoc USP SCP and are notified to surrender to the Bureau of Prison Facility.” I already knew, from my lawyer, what “USP” stands for. What the hell was “SCP”?
Thus began a frantic search of the internet for “SCP”, “USP”, “Lompoc” and various combinations thereof. First I researched the Bureau’s designation procedures, a terribly bureaucratic and convoluted process for placing prisoners.  While I found no conclusive answers, I did learn that my lawyer’s premise for her conclusion – that my sentence was too long to qualify for a camp – was wrong. The cutoff for placement in a camp is 10 years.
Next, I looked at the Bureau of Prisons site for Lompoc. There I found mention of USP, which did, in fact, stand for “United States Penitentiary” but nothing about SCP. I broadened my search. There were surprisingly few results. I did, however, find numerous discussions on various prison chat sites regarding this very same quandary: what the hell does SCP mean? I was clearly not the first felon to confront with dismay this war of the acronyms.
Finally, after about an hour of searching, I found a discussion about another camp the Bureau refers to as SCP. While inconclusive, the discussion suggested that “SCP” stands for “satellite prison camp.” Why they abbreviate it as “SCP” and not “SPC” I still do not know. I gave a shaky sigh of relief. Maybe my lawyer’s conclusion was just plain wrong.
At this point, still uncertain, I decided to contact Justin. He looked at a copy of the letter and reassured me. “You’ll report to the penitentiary,” he told me, “but should then transfer immediately to the camp.” He confirmed that “SCP” does, in fact, stand for satellite prison camp. “Don’t worry; you’re definitely going to a camp.”
Thankfully, there was a happy ending to this story to the extent that going to prison can, in fact, have a happy ending. Maybe I overreacted but I do feel extraordinarily fortunate to be going to a camp and not a “real” prison. Medium-security penitentiaries are full of bars and cells and violent felons. I have heard plenty of stories that didn’t have such a happy ending, stories of non-violent felons sentenced to high security prisons or prisons thousands of miles from home at the random will of some bureaucrat. There are, in fact, many things you can do to ensure the placement you want. While there are no guarantees, proper preparation is key because once the Bureau makes its designation there is virtually no recourse. The Bureau does not accept protests of its decisions; you are expected to go to wherever the letter orders you to go.
The moral of this story, I suppose, is that it is a great help to have someone like Justin to turn to, someone who knows the system and can decipher its incomprehensible acronyms and bureaucratic nonsense. I jut wish I’d turned to him first instead of spending frantic hours searching the internet. This is one of those examples that perfectly highlights what I’ve learned through personal experience: that criminal lawyers, even the very best, know far too little about the prison system and often mislead you with the information they think they do know. After all, their job is to shepherd you through court. What happens to you after you are sentenced is really not their concern.

This post was also published here.
Posted by Unknown at 4:50 PM