Our Tax Dollars at Work in Defense of Russian Oligarchs

Federal prosecutors complain that they are pressed for time, pressed for money, pressed for resources. They bemoan their inability to muster the funding necessary to go up against well-paid private legal teams representing rich defendants. They say they are forced to carefully pick and choose their cases, deciding which ones are the most “winnable”, which ones serve some precedent or deterrent value, which crimes are particularly heinous or violate the public trust, which victims are particularly deserving of justice.  With those considerations in mind, with so many potentially worthwhile cases out there to prosecute, with so many victims to protect, my prosecution struck me as particularly interesting. 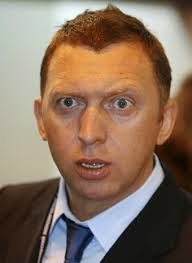 Now, my innocence is not in question. I readily admitted, early in the process, to my role in stealing money from the oligarch, a Russian billionaire by the name of Oleg Deripaska. Given that, my case was perhaps an easy win for the prosecutor, an irresistible opportunity to meet his quota. But when you look down into the specifics of the case, you come to realize that our intrepid federal prosecutors were working hand-in-glove with this man to further his interests in U.S. federal court.

This oligarch, my victim, is no ordinary victim. According to numerous credible news reports in the Wall Street Journal and elsewhere, he was refused visas to the U.S. and Canada on numerous occasions due to alleged ties with organized crime. He gained his fortune through a long-running and bloody battle called the "aluminum wars" in which hundreds of people died. He is also the subject of a decade-long FBI investigation. Sympathetic victim? Not really.

On the one hand, a crime is a crime regardless of who was hurt. But if you look at the vast majority of federal "white collar" prosecutions, they tend to focus on crimes that harm society as a whole or hurt particularly vulnerable segments of the population. The recently concluded Bell prosecution, in which the city administrator was convicted of bilking his poor, working class community of millions of dollars, is a prime example of that. The Madoff case, in which thousands of American investors were hurt, is another. Rightly or wrongly, public outrage is an important consideration of federal prosecutors: if you steal from a widower or a pensioner you're more likely to face a harsh sentence. 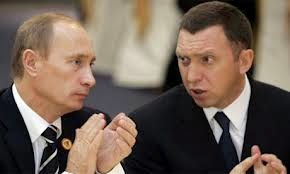 Despite my self-interest, I don't really see the "public outrage" factor at work in my case. What I did was stupid and wrong, but in the end the only person hurt by my actions (other than me and my family) was a criminal hardly deserving of sympathy. He and I had also reached a comprehensive settlement pursuant to which I gave back his money.

If my prosecution had consisted only of charging me with a crime, I may have come to the conclusion that the prosecutors were out to punish a wrongdoer or get an easy win, nothing more.  The laws are the laws, after all, and I broke them. But in this case the prosecutors went so much further than necessary in direct support of the oligarch, that I can't help but come to the unfortunate conclusion that some hidden agenda was at play.

I don't make these accusations lightly. However, it was apparent throughout the process that the overriding aim of the prosecutors was not only to indict and prosecute me, as necessary to uphold the law, but rather to convince the court to grant the oligarch a windfall in restitution in an amount far in excess of what I took from him in the first place. For whatever reasons, they went far beyond what was necessary for justice to be served in order to directly support their new friend. Thankfully, in the end, the court saw through the prosecutor's overzealous support for the oligarch and refused the request. 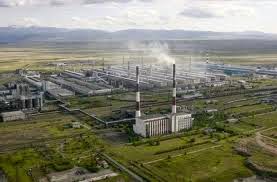 How to explain the prosecutors' approach in terms related to justice and punishment? I can't. The approach is one I would have expected in Russia, where officials are eminently bribable. It's not what I expected in the U.S. I'm not accusing the prosecutors of taking bribes or of unethical motivations, just trying to make sense of their overzealous support for a man not ordinarily deserving of such support.

What I know for a fact is that the prosecutors recognized that their support of the oligarch would be viewed as somehow unseemly. This is evident in their blatant attempt to hide the true nature of the victim.  Not once, in all the thousands of words in all the prosecutors' filings, will you see the name "Oleg Deripaska". Not once. They didn't want the public to know who it was they were actually fighting for, so bent over backwards, at the expense of honesty and truth, to hide that fact. 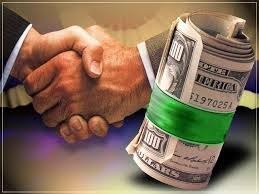 I’m not here to suggest that wrongdoers should walk free or that a crime is somehow “less bad” when there’s an unsympathetic victim. But when our prosecutors move beyond punishing the wrongdoing to directly advocating for the interests of such a victim, I can't help but wonder. In this world of insufficient resources, rampant crime and so many victims who deserve recompense, do we really want our prosecutors to devote their limited time and resources to furthering the interests of a billionaire Russian oligarch suspected of ties to organized crime?
Posted by Leigh Sprague at 2:19 PM