I've been reading answers to "prison" questions on Quora and wondered how the responders - many of whom are in prison and do not have access to internet - were able to answer. With a bit of digging, I came across this organization: The Last Mile.

Among the many things The Last Mile does is to provide access to sites such as Quora (via good old paper printouts) to prison inmates so that their voices may be heard in response to questions. On the site, inmates are also given a forum to blog about their experiences behind bars. More importantly, The Last Mile offers in-depth technology courses to inmates to help them transition to the outside world and to find work. The inmates are taught by tech entrepreneurs and some of them have even found work at startups upon release. Others have begun startups of their own.

In fact, Justin introduced me to one of these startups just several days ago. His web site and blog were developed and run by a Los-Angeles based tech company called Launch Podium founded and staffed by ex-cons. I just saw on their site that they are partnering with The Last Mile in order to expand the program. Their work is superb and I am rooting for their continued growth and success. Who knows, maybe a few years down the road we'll see a prison-tech IPO. 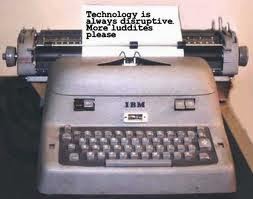 Out in the 'free world' we're so surrounded by technology that we take it for granted. Often, we even complain about it. Prisons are at the other extreme: typewriters still reign supreme and only a very small number of prisoners (primarily at federal facilities) even have access to e-mail. This luddite approach to incarceration severely limits prisoners' chances for a successful reentry into society.

One long-serving prisoner, Michael Santos, writes on Quora about his pride and joy: an early Motorola cell phone the size and shape of a brick which he owned just before he was locked up. Until he was released last year, he had never even seen the internet.  He writes about reading in prison about "browsers" and wondering what they were. 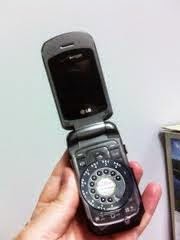 I've been thinking about this a lot as I prepare for incarceration. At times I complain about Facebook and Twitter, but it's hard to imagine a life - or a world - where internet and e-mail and social networking do not exist. Soon, I guess, I'll learn what it's like. I'm one of the lucky ones though: at a Federal Prison Camp I'll have limited access to a special e-mail system. And I also have a volunteer (my mother) who has agreed to man my sites and post to my blog.  But I feel bad for imposing and certainly do wish it didn't have to be so complicated.  I guess I'll have to relearn how to put my thoughts down with trusty pen and paper. If my handwriting weren't so bad I might actually be optimistic. 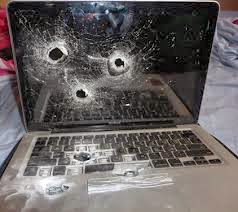 Too often, convicts are simply warehoused (at great expense, I might add). At the end of their sentences, they're thrown back into the world with no assistance or preparation for the transition back into society. It's really no wonder that recidivism rates are so high. Technology, of course, is only one aspect, albeit important, of a spectrum of issues that need to be addressed to reduce recidivism. But in my opinion, anything that helps prisoners become productive members of society upon release deserves to be both applauded and supported - it is not only good for the convicts themselves but for society as a whole. I just wish there were more programs out there like it.

At the moment, The Last Mile is California-centric, most active in San Francisco and the Silicon Valley. But the founders have ambitions to expand the program to other states. If anyone out there is considering a meaningful way to get involved with the rehabilitation of prisoners, I would encourage you to contact them. I would love to see this program expand to other states. 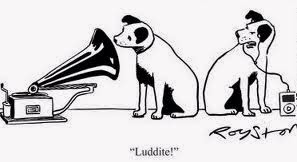 The program has garnered quite a bit of attention, with news pieces such as "Inmates go from lock-up to startup" and "Startups emerge behind bars." I have embedded several of these below.