Throw Away the Key 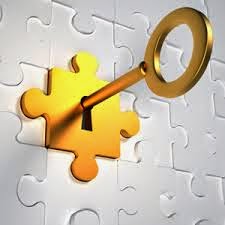 As I've written many times before, I broke the law and deserve punishment. I don't deny that. I also understand that incarceration serves various purposes: punishment, retribution, deterrence, reform. In my case, the judge recognized that I had made amends for my wrongdoing, suffered as a result of my crimes and was unlikely to repeat them. Instead, he based his ruling on the importance of societal deterrence. In other words, he reasoned, if I were not imprisoned, than others might think that crime, in fact, does pay. Makes sense, right? After all, if our society did not punish wrongdoers, where would that leave us?

But if I were a taxpayer - which I no longer am - I'm not so sure I would be happy with the government's obsessive focus on punishment through imprisonment. Punishment can - and should - take many forms, forms designed to fit the criminal and fit the crime. Instead we take a one-size-fits-all approach, a primitive approach informed by the old adage: lock 'em up and throw away the key.

Let's take my example, not because I am somehow emblematic of the problem, but because I know it best. First the facts in favor of punishment. I committed a theft, that theft was complicated, sophisticated and wrong. Despite the fact that the wrongdoing took place overseas, I broke the law of the United States. In layman's terms, I stole a shit-load of money from a man with an even bigger shit-load, spent it on crazy luxury goods, and got caught red-handed. 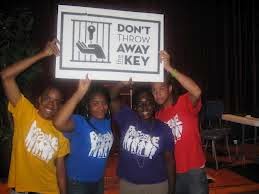 On the other side of the ledger: I have no criminal record, lived a law-abiding life leading up to and following my wrongdoing, am not violent, have small children that depend on me for their wellbeing, was not at risk of a repeat performance, and was succeeding in making amends for the wrongs I committed by working hard to repay the oligarch.

This was, in essence, the argument that played out at my sentencing hearing, with the prosecutor arguing one side and my lawyer arguing the other. Now that sentencing is over and we can look back at the whole thing with some dispassion, I am curious where other people stand on the question of what punishment I deserve. There are no right or wrong answers here. That's what makes criminal justice so complicated. But since I have the bully's pulpit I will tell you what I think. I hope that you will weigh in with your views.

First off, I will tell you the truth: compared with the other losses I collectively suffered as a result of my wrongdoing - loss of my family, my career, my savings, my reputation - imprisonment is a trifle. Really. These other losses were the true punishment of my wrongdoing, the true deterrence. They are the most vivid examples to me and, I suspect, to others, that crime does not pay. 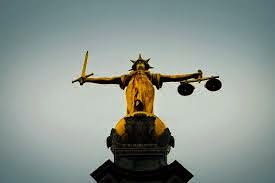 Because of this, I believe that the judge's decision was faulty: societal deterrence was not at issue, not really. What rational person, after all, would risk losing their children, their livelihood, their reputation for the hope of some ill-gotten cash? My example already serves as a deterrent without the added bonus of imprisonment. Imprisonment here is just the icing on the cake. Unfortunately, it is icing our government is unable to resist. Instead of focusing its resources and using them wisely, the government slathers icing on every cake that comes along. The result is both expensive and wasteful.

When I think that our government will be spending $40,000 per year just to lock me up, it seems like such a terrible waste of resources. And my example is not even the best. What about all the hundreds of thousands of prisoners serving lengthy time for selling an ounce of pot? Or those who do not belong in prison at all but a mental institution? Like me, up to 80% of prisoners suffer from some form of drug addiction. Prisons have become our overpriced, inhuman solution to too many of society's ills.

In our society, we have children living in terrible poverty, entire families who in the best case scenario could only hope for maybe one-fifth of that amount - if that - from the government to help them survive. My imprisonment, quite literally, is taking food out of the mouths of children. In an age of limited resources, how do we justify that? 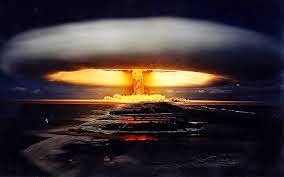 My view - and, yes you could say it is somewhat self serving - is that we should at least try to tailor the punishment to fit the crime: real, valid alternatives do exist. In my case, I truly believe that a thoughtful, tailored, cost-effective punishment would consist of some form of home confinement or halfway house living, close monitoring, careful restrictions, and the requirement that I both work and devote a large proportion of my earnings toward restitution. Studies show that such an approach costs anywhere from 50-90% less than prison and is just as effective. The simple fact is that I am worth more to both society and the victim as a productive member of the community. Instead, society will be supporting me.

I'm not arguing for some pie-in-the-sky abolition of imprisonment. In my view, it will always be necessary to incarcerate certain people - those who have committed violent crimes or are otherwise truly a danger to society. Even for some particularly serious white collar crimes, such as that committed by Bernie Madoff, prison may be expected and demanded as the only fitting punishment. But in our age, mass imprisonment is old fashioned, ineffective, overpriced and obsolete. Imprisonment should be the nuclear option, reserved for violent criminals who are a true danger to society but is, unfortunately, currently the default option for almost all crimes. For the non-violent criminals who make up the vast majority of our prisoners, the prisoners like me, like low-level drug offenders, what is so wrong about a solution focused on halfway houses, ankle bracelets, close monitoring, drug testing, rehabilitation, treatment? Such punishments are deterrent enough.

That's not being soft on crime; it's being smart on crime. Can we truly, as a society, be unable or unwilling to implement an approach that is in all our best interests?  I have more faith in our country than that. If the NSA can monitor all our e-mail, after all, we should be able to track, control and rehabilitate our non-violent felons, not with bars and barbed wire, but with ankle bracelets and treatment.
Posted by Leigh Sprague at 7:12 PM