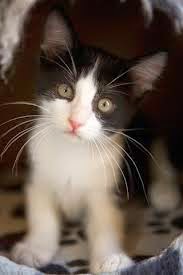 I received a lot of positive feedback on my post about the kitties (thank you Gleni!), so I decided to carry on today with the same theme. In a fortuitous coincidence, I've had a few more unexpected encounters with the animal kingdom since the felonious social gathering around the flock (gaggle?, herd?, group?, pride?) of cats.
First of all, I've befriended one of those ferile felines (forgive all the alliteration - it's 6 a.m. and I'm feeling a little loopy before my acorn coffee). She's a pretty black and white number with a narrow head and long tail. Reminds me of a childhood cat we had named Mittens (or was it Sneakers?, in any event some article of clothing) that lived a short but happy life before crawling under our back porch to die. When the chow-hall chow includes something edible for cats (a hit or miss affair; often, what they serve is inedible to feline and human, both) I bring a piece out for her to eat. She's particularly fond of fried bologna. I'm trying to think of a name for her. Suggestions are welcome. 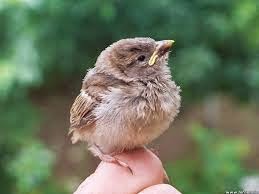 Yesterday afternoon I was laying, eyes closed, under a pine tree at the edge of the baseball field at the back of camp, dreaming of freedom and listening to the wind in the trees. I must have nodded off because some time later I was woken by a tap-tap-tap on my chest. I jerked awake, expecting a prisoner to be standing over me, maybe someone who wanted to use the field for ball practice or, heaven forbid, a guard who disproved of my lounging.

But what did I see? Two little beady eyes staring down at me, only an inch or so from my face, gray feathers, a pointy orange beak. There was a little baby bird hopping around on my chest. Suddenly, from behind, I heard a loud guffaw. I turned to look and saw two toughs, muscled, drug-dealing cons by all appearances, enjoying the show. After the bird hopped away for richer pastures, the three of us ended up talking about the flora and fauna of this place - there are some beautiful blue herons that stand in a field behind camp each evening - and it turns out they're not so bad after all.
Then, last night, just after count as we were preparing our bunks for bed, a neighbor of mine started screaming like a little girl. "Ew, ew, ew" he yelled, pointing at the bunk ahead of mine. "What is it?" the occupier of that bunk, a nice young Hispanic man from LA asked. "What's wrong?" 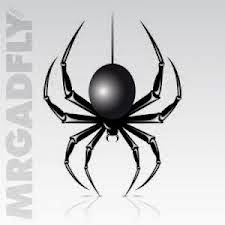 We looked closer. And then we saw. A big old black spider, with a fat round body and long legs, was crawling on, then under, his pillow. Just as we spotted it all the lights went off - the transition from light to dark at camp is a very sudden affair. A mad scramble ensued to find the spider in the dark and then smoosh it. It took about five minutes but, woe to the spider, the hunt was eventually successful.

For those who don't know, I'm a spider-phobe. So now I've been checking my bunk extra closely each evening before bed. So far, all I've found is a mosquito: I didn't think there were supposed to be those in California. In any event, that wayward spider is still the talk of the barracks, the story taking on a gladitorial slant in the retelling, as if a lion had been slayed upon the back fields or a jackal caught raiding the chicken coop. Well, we prisoners take our excitement where we can get it and lately, it just so happens, that excitement has been found in the animal kingdom.

Posted by leighsprague at 4:34 PM