I was talking last night with a young hispanic man from Los Angeles, very bright and engaged, who has a very long sentence for selling a few grams of meth. "You know what?" he asked me. "We probably would have never even talked or met on the outside." At first I wanted to contradict him, to say "no, who knows?, maybe we would have met. Maybe we would have talked." But then I began to think about it and realized that he was absolutely right. In my previous life, I could go days, weeks, even months without talking with someone of color or a different nationality. Now, not an hour goes by without some interaction. 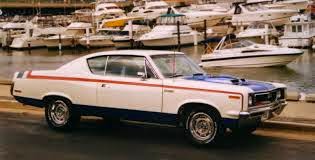 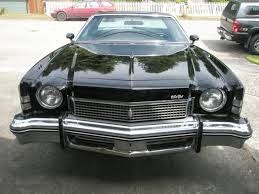 The melting pot nature of camp is one aspect I actually like, an aspect I wish were reflected a bit more in outside, everyday life. Here in camp we have Americans - white, black, brown and red -, Mexicans, Italians, Japanese, Armenians, Indians, Chinese, Korean, Thai, Vietnamese, Russians. Even a Brit or two. We're all thrown in here together and we all interact, for the most part, civilly. Although there's some clannish behavior, everyone here seems to get along pretty well. The only overt racial division I've seen is that one row of tables in the lunchroom is designated (unofficially) for blacks. I learned this the hard way, on my first full day, by sitting in the black section of town. This resulted in a few stares and comments but no catastrophes. Newbies are all allowed some initial mistakes.  Several of the TV rooms, too, are reserved for one ethnicity or another, though because I don't watch TV here I can't really comment on that.
That's not to say that prisoners, in their free time, don't tend toward their own. It's a natural human reaction, I suppose, to want to be with people "like" you, whatever that means. As a result, on a typical evening you'll find Hispanics joking with other Hispanics in Spanish, white collar criminals congregating in the chapel, and blacks in the clubhouse. One recreational melting pot is the weight pile and exercise machines: there everyone interacts together over the common goal of building big muscles.


This relative racial harmony is a far cry from what I expected. I expected different races and ethnicities but didn't expect such peaceful coexistence. After watching Sons of Anarchy and its jailhouse scenes one too many times, I guess you could say that that I came here expecting the worst. From what I've heard, the prison camp is the exception: the higher security prisons just down the road are, I'm told, full of racial tension and segregation.

Those most caught up in the injustice of these racial prison-house politics (including many at this camp) are those who don't fit neatly into any particular ethnic group. I'm thinking of the men here with mixed-race parentage. Or the second generation Hispanics who grew up speaking English and don't really think of themselves as Mexican or Columbian or Peruvian. Prison doesn't shy away from such difficult identity issues and actually has a phrase for this very conundrum: "Picking Your Ride."

It's accepted that, here in prison, you need to choose a place to belong, a place defined by your ethnicity: i.e., you've got to pick your ride. But while this choice is limiting, prison culture doesn't impose an outside measurement on the result. In other words, you get to pick your own "club", your own racial identity, your own ride. It's not imposed upon you. As a result, I've met people here who, though by all appearances outwardly Hispanic, identify with the whites and hang out with them. I've met a black man who identifies as white, and a white man (my yoga instructor) who ran with the blacks while in a higher security prison.

Confusing, right? And a little strange and far too binary: what if you want to "hang" with more than one group? That's harder to do. After all, it's called picking your ride, not your rides.  It's expected that you choose only one car. But it's also somehow refreshing to see all these topics of race and identity and belonging up here on the surface. In our everyday lives out there on the outside, these are all issues that are repressed, covered up, ignored. Not here on the inside, not here in this imperfect melting pot that both mirrors and reflects outside life in strange, magnified ways.

Until tomorrow. I'm off now to pick my ride.
Posted by leighsprague at 12:07 PM