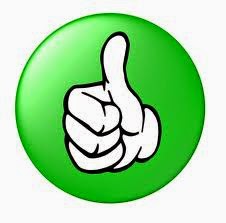 Before I start this entry, I'd like to make a brief shout-out to all of you who have been sending me message via Facebook, on this blog and even by good old snail mail. I really appreciate it. I haven't yet figured out a good system to respond, but just wanted to let you know that I have received all your messages and really appreciate your thoughts and attention.

Yesterday, I entered the Twilight Zone, a place so seemingly normal that, given my drastically altered reality, seemed bizarrely off-kilter. In this strange twilight zone, I saw car washes and gas stations and condos and Burger Kings. I saw normal people out going about their business - walking, shopping, driving. I saw women. I saw kids. I saw all the things, the normal, every day things, that I don't see here at camp. In fact, it was all so normal that it seemed nothing short of extraordinary. 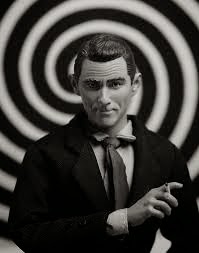 This was not some dream of my previous life, some flashback to an earlier reality. This was my first day on the job at Vandenberg Air Force base, a place made famous for its rockets and fighter planes. Not that I saw any planes or runways or missiles. And not, as I've already mentioned, anybody offered me a Whopper. Contrary to expectations, all I saw was what for all intents and purposes looks pretty much like a normal suburban town, albeit one filled with men and women in uniform, including prisoners in their bright red jumpsuits. As I mentioned yesterday, a select few white collar criminals - including, now, me - are bused daily from prison to serve as proud mascots to the outside world of prison society doing the necessary work that no one else wants to do.

So what did I do? Per expectations, I whacked weeds. And whacked. And whacked. And whacked....a three-man team of white-collar weed destruction. This morning I hurt all over and my ears still buzz. One of my fellow whackers told me I'll soon get used to it. Other than the noise, and the sun, it's actually not so bad. Like raking, I can whack myself into a trance in which the time slides slowly by. I like to think of it as much-needed exercise and, given the soreness of my muscles today, I may be right. Ironically, though, given California's bad drought, all we're really whacking is dead grass and rocks, which somewhat defeats the purpose. 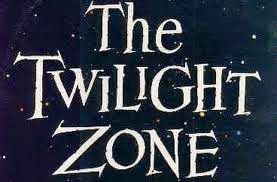 Yesterday, as I whacked before lunch, as my thoughts drifted to the prison food I knew would soon be delivered, I dreamed of walking into the nearby Burger King and ordering a Whopper. My mouth began to water. We are able to use certain restrooms throughout the base so I strolled into a neighboring gas station to pee. Passing by the plethora of stuff - candy bars, ice cream, hot dogs, soda - I couldn't help but gape. In my previous life I would have bought something. Anything. Maybe a chocolate chip cookie. Or a Red Bull. But, alas, I have no money, no wallet. My only ID is the fluorescent red jumpsuit that identifies me as a prisoner.
So it was as if I were looking through the glass at an alternate reality, a Twilight Zone reality, from which I and my fellow prisoners are indelibly separated. Maybe, come to think of it, that's a good thing: no Snicker's and M&M's and Cheetos to lead me into temptation. Although I sure would like an ice-cold Diet Coke right about now....or a Whopper.
Posted by leighsprague at 8:30 PM