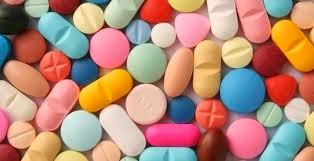 I was planning to stay on topic these last few days before I go to prison, to only write about my thoughts and feelings before I "go away". But as I was driving earlier today, listening to the latest broadcast of This American Life, I knew I had to write about it.  The episode, which they call I Was So High, is about doing drugs and getting high. First I laughed - the story about a man who got called up to participate on The Price is Right while high on shrooms is particularly funny. But after I laughed, then I cried. Not something that happens to me much while listening to the radio. Why? I hate to admit it, but it was as if they were talking about me, about my life.

The piece that really got to me is about a smart, normal guy who went through life, a life filled with loving family and a prestigious job at an advertising agency, while high on pot. He was living an entire hidden life toking up in back alleys and the stairwell at work while at the same time appearing, for all intents and purposes, to be a pillar of the community. No one knew about this secret life until he came clean, many years later, after a medical scare. 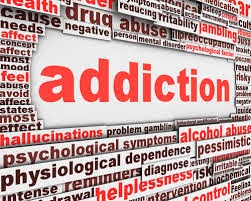 To non-addicts, I could understand how the story may seem incredible: the un-afflicted amongst us often don't realize how possible it is for an addict to hide his addiction, the great lengths he will go to to appear sober. We carry the stereotype with us of fall-down drunks and dirty, homeless addicts on street corners. At the edges these stereotypes may hold true. But the reality is that the vast majority of addicts manage to function in society, to hold jobs, to raise families, to appear respectable, to carry on with life while at the same time they are as high as a kite. I should know. For quite a long time that was me.

Look around you. If you are out walking or driving it's pretty likely an addict is somewhere nearby. That's what the story is about: how many people around us at any given time, people who may appear perfectly sober, are actually high on drugs. Studies of various professions show that a surprisingly high percent of people do drugs regularly. The program cites the astonishing statistic that at any given time, a full 5% of on-the-job medical professionals (a category that includes doctors, nurses, anesthesiologists, etc.) are high on some illicit drug. Rates for waitresses, bartenders and construction workers are even higher.

That's not to say that these "functioning" addicts manage to skate through life without facing the consequences of their addictions. Many eventually lose control, or are found out, or get divorced, or are fired for other (related) reasons, or overdose. This is what eventually happened to me, in a fairly spectacular fashion. What I could relate to is the statement by that former addict-executive that he was running from something. It was hard, at first, for him to pinpoint what that something was. But with the help of his son (who also happened to be the reporter) he concluded that he was running from his feelings. His son, who didn't know about his addiction until much later was hurt: to him, it felt as if his father were running from him. 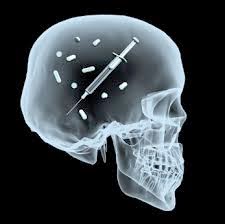 Like this executive, for quite a long time I managed to hide everything. I got high at work, at home, on business trips, in airplanes, before meetings, after meetings, on at least four continents, on vacation, before scuba diving, at my grandparents' house, during family dinners, at family reunions. I sat through board meetings high, I met famous politicians high, I gave speeches high, I drove high (every day), I played on the playground with my kids while high.... The list of what I did while high is endless - the same list, basically, as that of how I spent my life. And for the longest time, no one ever knew. They didn't even suspect. It's easy to keep a stash of pills hidden, after all, to pop them on the sly.

In my experience, addiction is a magical deadener of feelings. It helped me deal with a stressful job, a stressful marriage, a stressful life. In my ordinary state I feel too much, I get nervous, I cry. Some feelings are difficult: who likes to feel anxious after all? I became pathetically enthralled to this means of escape. It became my crutch, how I dealt with uncomfortable feelings. At first it seemed all good: no more anxiety, no more fears. But an addict can't pick and choose which feelings to lose: in running from certain feelings I lost others I would have liked to keep - joy, happiness, the ability to get close and relate to other people. 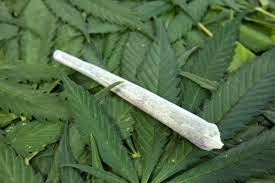 I will be the first to admit that not everyone may find the episode as meaningful as me. It was as if they were talking about MY LIFE, after all. But even for the majority of non-addicts out there, it can be helpful to think about those suffering, addicted souls who may very well surround you. At the same time as they desperately seek to hide their vice from the world they may also be longing to call out for help. Addiction creates a terrible tension between secrecy and confession. Over time, the secrets come to seem too terrible to divulge. For non-addicts, it is important to understand that addiction is not a problem that only affects others, those from the bad side of town, or the big cities, or the weak, or the poor, or the disadvantaged. By labeling addicts as "others", we push away the problem, discount its seriousness. Addiction can affect good, normal people, people who may have started in a misguided effort to "run away", but who eventually run so far that, without help, they cannot find their way back again.

As for me, I wouldn't wish addiction on my worst enemy. While doing drugs can be fun, addiction itself is a real bitch. It is an absolutely horrendous experience, an experience that dogs you for life, a monkey on your back that is incredibly hard to shake. I wish I weren't an addict. But I am lucky to have moved (at least a little bit) beyond it, to begin to heal, to feel again, to reconnect with everything (and everyone) I pushed away. Now, it is as if I have a newfound second sight: I see people, perfect strangers, out on the street, who look like I used to, people trying desperately to hide their disease but who clearly have the word "addiction" written all over their face. I'm not an evangelist. I don't know what to do so I walk right on by. But I do believe that seeing is the first step to understanding. And I whisper to myself: "there but for the grace of God go I."
Posted by Leigh Sprague at 3:27 PM

Email ThisBlogThis!Share to TwitterShare to FacebookShare to Pinterest
Labels: addiction