Dear readers, in my previous post I left you on the evening of my first day. While there was some continued excitement, I decided for the sake of versimilitude. and to catch my posts up to reality, to skip ahead to day three. So here goes:

I expected a dorm filled with bunk beds. I expected a chow hall and a comissary. What I didn't expect is a family of stray cats. I'll get to that in a moment. 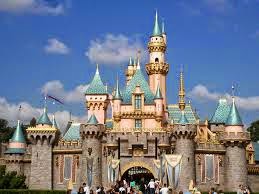 Slowly, I'm beginning to adjust, top meet people. I'm a bit standoffish by nature and in this prisonhouse atmosphere I'm even more cautious. It's hard to tell who is nice and who is trying to scam you.  What is clear is that some people here are weird (myself included?). There's Bob, who I've mentioned before, who appears to have stumbled blindly through life until he eventually stumbled right through the prison doors. He's here for failing to file taxes, but the way he acts, I wouldn't be too surprised if he'd never heard of the concept of paying taxes. He believes that each of our birth certificates are actually money bonds upon which the government can pay its debt. Within his first minutes he got into trouble for taking pictures outside the prison as if he had just arrived at Disneyland.
Then there's Bill, a man convinced of the existence of the Socialist Republic of America. In his view, that's most definitely not a good thing,  given that Grand Dictator Obama is at its head, preparing to send us off to prison camps and deprive us of our freedoms. He tries to explain to me what brought him here but I just don't get it - it's far too convoluted.  What's clear is that he's convinced he's innocent. Given his views, it's ironic that he ended up in probably the most communistic place here in our United States, a prison camp where, as they used to say in the Soviet Union, they pretend to pay us and we pretend to work. Upon release, Bill intends to leave the US permanently behind for the joys of Ukraine, namely revolution and pretty Slavic girls ready to treat him as the king of the castle.

The purpose of this post is not to trash my fellow prisoners, but to highlight the diversity among us. I will write more down the road about the various characters I meet. But please permit me just a few more general observations. The first thing that struck me is all the people, at least among the "white collars", who claim they're innocent. In the stories I hear, it's always someone else who's to blame. I'm one of the very few who admits openly to my wrongdoing. Either our justice system has made a series of very terrible mistakes, or someone in this camp is lying. But without internet - no Google fact-checks here - there's really no way to know. Sometimes I'm proud to own my wrongdoing, to call a spade a spade.  But sometimes I'm almost convinced of these tales of innocence and feel myself a true schmuck amidst the wrongfully convicted.

Second, people are surprisingly helpful in a guileless way (not merely in order to gouge me for something later). Gordo, my bunkmate, a chubby Hispanic man (who's name, in fact, means Fatty in Spanish) can't speak all that much English but goes out of his way to make me feel welcome, plying me with spicy Cheetos (those things are hot!), contraband ice cream and cake. Soon, I'll be Gordo too. Other gifts over the first days include a pair of tennis shoes from our barrack's resident Syrian, a pillow from a Chinese American from San Francisco, shower shoes from who the hell knows who, and a pen and paper from a film producer and former CIA agent. These initial acts of kindness reaffirm my basic belief that most people, including felons, are good at heart. 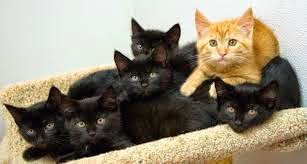 So back to the cats: this morning, as I am leaving the commissary after lunch, I almost trip over a posse of at least 10 nearly identical black cats. They are milling about, meowing and rubbing on legs, surrounded by a circle of inmates. I approach warily, considering the possibility of a prison camp version of cock-baiting. What I find, to my surprise, are a number of inmates feeding the cats with lunchtime leftovers. Cats aren't picky after all and seem to enjoy prison food. I make introductions (with the inmates, not the cats), bump fists, and realize that this is a nice group of guys, guys I could be friends with even if not for our circumstances. We stand around for 30 minutes talking.  You can't judge a book by its cover, but apparently "cat feeding" is a nice test of character, one that I consider a prison "life lesson": only befriend those who are willing to feed a stray animal.