After the first overly-exciting days, I decided to move my posts from their day-to-day recounts to various themes. Don't worry: I am still counting down in my head and will return to the countdown at key dates: anniversaries and the like. It's been almost two weeks now: you'll definitely hear me cheering when a month has passed. In any event, today's theme is "the count." 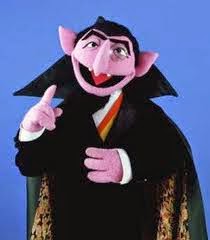 The count (la cuenta in Spanish, if you're curious) is an annoying part of prison life. No, it's not "the count" as in Count Dracula on Sesame Street. For the uninitiated, it is what it sounds like: the guards count us to make sure no "heads" have wandered off. Twice per day and three times at night the guards walk through the barracks and count all the prisoners. I'm sure it's not the most scintillating task for the guards, but for the prisoners it's doubly annoying. We have to be on time (if not early) even though it rarely, if ever, starts on time. We also have to stand silently at our lockers for the duration.

What this means in practice is that I can't get up before 5 a.m. (the time of the morning count) or go to sleep before 10 p.m. (the time of the evening count), both of which I'd like to do. It's a reminder that our schedules are, for the most part, chosen for us, not the other way around. The other annoyance is that the guards aren't particularly punctual. While we could get in humongous trouble if we aren't in our spot at the appointed time, the reverse obviously does not hold true.

Yesterday I had a scary experience. I woke up early, as I always do, and glanced at the clock: 5:15. I climbed down from my bunk and wandered with my towel to the bathroom. I was in the middle of washing my face when I looked up to see a guard glaring down at me. Turns out, the count was late and I jumped the gun. He ordered me gruffly back to my bed but, luckily, did not write me up. 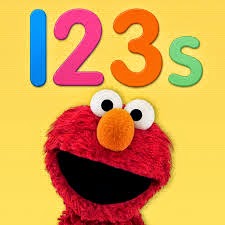 Yesterday, a man fell asleep outside and was late for evening count. He wandered in just as the guards were finishing. They yelled at him for a long time and eventually marched him out - guards really, really don't like to have to count twice. It takes a lot of effort to count to 200, after all (especially when your IQ is probably only a quarter of that). If you miss the count, the guards will, more likely than not, send you to the SHU (segregated housing, i.e., isolation). No one wants to go there, hence, we all take "the count" seriously.
We have one guard who starts his count each evening with the Marine's "Hoo-Yaa" call. He counts out loud as he saunters down the aisles. "Thank you all for being here," he said last night. "Without you, I'd be flipping burgers somewhere."

What a touching sentiment. It's nice to know that I am contributing, in my own small way, to his employment prospects. Whoever said we prisoners do not contribute anything useful to society clearly had it wrong.

Hasta manana (my Spanish is getting good in here).