In my posts I’ve been taking a blow-by-blow, minute-by-minute look at my exciting first week. For a change, I decided to fly up into the sky, high above my confined existence, for a bird’s eye approach. 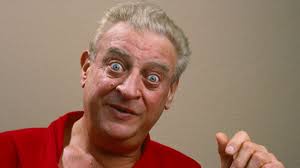 So what grand conclusions and wonderful deductions can I draw after my first week? What wise and profound conclusions? Few, if any, other than that I don't really like. As the great Rodney Dangerfield once put it, “It ain't easy being me.”
I suppose you can say I’ve settled in for the full nine rounds and am in the process of finding my place this new world of mine. As they say in AA, I’m just trying to take it one day at a time. If I do that it’s manageable. I wish I could keep my mind from jumping forward though: when I think of the full length of my sentence, of spending all those weeks and months and years in this place, it seems an eternity. My friend and prison consultant, Justin Paperny, told me I would feel this way initially.
My major conclusion after Week 1, if there is any at all, is that prison isn’t as bad as I expected nor is it as good as I had hoped. What it is, at base, is a somewhat demeaning, somewhat confining, somewhat bureaucratic exercise in enforced separation from family, from work, from the world. I hate that deprivation, that separation, from what I love, as do most of my fellow inmates, but it is survivable. Over time the sense of being cut off begins to fade, as the prison camp becomes your new (albeit unwanted) home. 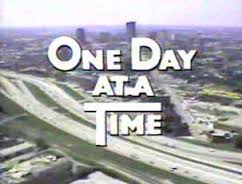 For now, this separation, this sense of being cut off from normal, everyday life, this feeling of being stuck inside a crazy funhouse, is what gets to me most. My separation anxiety is tempered somewhat by the fact that I was already separated from my family, my children. But it still hurts.
I miss little things. Skype. Facebook. Chatting on the phone in the privacy of my own home. A trip to the library. I miss everyday normal things that I previously didn’t value like a trip to the grocery store or a discrete gawk at a pretty woman walking down the sidewalk or an hour with a book on the couch. Sorry bud: no couches in prison, though there are plenty of books.
As a result of this separation, little things take on greater meaning. For example, yesterday I bought a radio at the commissary and – JOY OF JOYS – flicked the switch and entered the magical world, as if on a magic carpet, of All Things Considered. For an hour or so, in other words, I entered the real world: it reached over the fence to touch me.
Aside from separation, the biggest upset at least in this first week, the thing I didn’t prepare for because I didn’t expect it, is the distorted sense of time. Time drags in prison and it takes attention, diligence and ingenuity to fill the day with meaningful activity. I’m trying my damnedest to avoid little temptations like TV and naps, and to stick to my regiment of writing, but I still find myself wandering around, bored.
As time goes by, I find myself adjusting bit by bit, acclimating to this strange place. We humans are adaptable creatures after all. Compared to what I’m sure my ancestors survived in aeons past, this ain’t nothing. The initial, terrible, stress of the very first day is slowly receding. The feeling that this is my reality is quietly taking hold, despite my determined resistance. I don’t like the fact that I’ll be here for the next 2+ years, but I’m doing my best to accept it.
Posted by leighsprague at 2:23 PM