Bummer! Bummer! The job assignments for newcomers were posted yesterday evening and I got just what I didn't want: Vandenburg Air Force Base. What this means is that I will board a bus at 7 each morning for the short ride over to the nearby base. Once there, I will spend my day whacking weeds in a bright red jumpsuit with large white letters across the back that read: "FEDERAL INMATE". I'm surprised they didn't add the word "Caution!" before "Federal". Or maybe the word "dangerous." 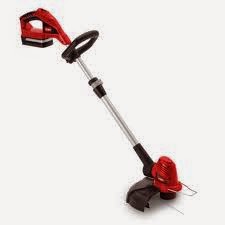 It's not that I'm lazy (ok, maybe a little) or have any bias against whacking weeds (ok, maybe a little). I really don't have any feelings one way or the other about whacking, having never performed that vital task. What worries me is the loud puck-puck-puck of the smoky little motor on my tender eardrums, the endless days under California's hot summer sun, and clomping around in my huge black boots. Yup, you got it. I'm a wimp. Too many years behind a desk have made me soft.
Actually, I am being partially facetious here. I have done hard labor plenty of times in the past - carrying out the trash from the kitchen, for example, or bringing in the mail. I even de-tassled corn once for a summer job in high school (if you don't know what that is, don't ask). What worries me most is the effect the job could have on my writing. I've been devoting a solid 4 hours per day to writing and would love to continue with that. But I've seen the Vandenburg guys return in the late afternoon in their dirty red suits. They look pooped, covered in grass particles, dust and dirt. Soon to be me. I had hoped for an orderly job which, though it does involve cleaning a row of urinals and toilets used by 300 men with bad aim, requires only a good hour or two of work per day. 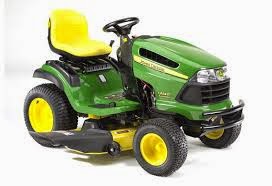 One thing I know is that I'll be in good company. Vandenburg is the dumping ground for many white collar criminals, whose skills aren't exactly in high demand in the farm, the electrician's shop, the laundry or any of the other more typical jobs to be found here in camp. I may be from Wisconsin but, unfortunately, I never learned how to milk a cow. But I do hear there are some perks. It's nice, I'm told, to get away from the camp, to see a bit of normal life. There's even, so they tell me, a Burger King, though of course inmates can't go there, not in our red caution suits and without any money.

Who knows, maybe some bleeding-heart airman will throw me a Whopper as I stand whacking weeds outside the entrance.

So much for writing, for now anyway. I'm already dressed in my red jumpsuit and off to whack some weeds. I'll let you know how it goes....and if anyone gives me a Whopper.

Posted by leighsprague at 12:13 PM