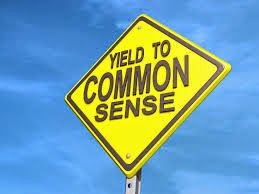 Tuesday evening a short message appeared on the prison bulletin board: normal operations were to be suspended the following day and the prisoners locked down in their barracks and bunks during normal business hours. The reason? Bring your child to work day. Yes, that's right. Staff would be bringing their children to work and so the prisoners had to be locked down and hidden from view.

I have nothing against the practice of bringing children to work. In fact, I think it's a wonderful tradition. I've done it myself in the past and took pride in showing my children the exciting life of a corporate lawyer (they were most excited about the vending machine down the hall). But if I worked in a prison I think I might think twice. You can hide the prisoners away but you can't hide the reality of what this place is: a warehouse for wrongdoers. I'd be worried that this reality might be a little too "real" for young children. 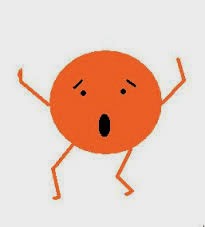 This incident got me to thinking about the larger absurdity of prison life. I've heard a number of prisoners joke that you have to leave your common sense at the gates when you self surrender. They might have something there. "Go figure," is one of the most commone expressions. For example, why do we have to stand for some counts and sit/sleep for others? Why do we have to wear certain clothes until 3 p.m. and other clothes after? Why does it take over a year to get an appointment with the dentist for a teeth cleaning? Go figure. 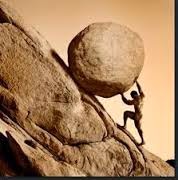 I'm not complaining. These are all issues I expected coming in: in prison we live inside the walls of a government bureaucracy, after all. Bureaucracies are not typically known for their efficiency and common sense. And as prisoners, we're not in a position to do anything about anything at all.

But I suppose it still is worth considering in my spare time, before time takes its toll and the absurd becomes the ordinary. I already feel that happening, in fact, as I adjust to the realities of life behind bars just as Alice adjusted to the strange life behind the looking glass. I suppose that's both a good thing - no sense in vainly flailing, like Don Quixote, against the system. But it could also be a bad thing: the more I adjust to this twilight zone the more difficult it will be to readjust to life on the outside. Some long-timers so completely adjust to this "reality" that they are unable to function on the outside. I suppose only time will tell if the absurdity around me eventually wears off and makes me absurd as well.

Posted by Leigh Sprague at 4:21 PM