All Dressed Up and Nowhere to Go

I'm dressed, as I write this, in my red "inmate" jumpsuit and shower shoes with a three-day stubble and a bad case of "bed head", as a fellow inmate calls my standard hairdo. I'm not a slob and keep myself clean and more-or-less presentable. But my basic attitude to fashion in prison is: Why Bother? In that, I'm in the distinct minority. 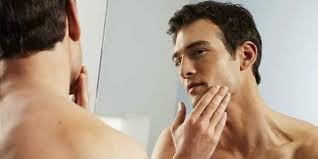 The majority of my fellow inmates spend a great deal of time gussying themselves up. They preen and iron and shine. The bathrooms are filled with inmates trimming and buffing and brushing. Many men sport tattoos and spend hours fixing their hair, washing their clothes and ironing their duds.

I'm not knocking their efforts. In fact, I admire them. Time here can be quite monotonous and monochromatic. Fashion - whether in hairstyle or clothing - is a way to express a bit of individuality, for prisoners to reclaim a piece of their lives. As for me I guess I'm realizing that I got dressed up on the outside - to the extent I did at all -for reasons other than self esteem that are completely absent on the inside: namely, to project authority, uphold social niceties and attract women. There, I've said it, admitting to the frivolous side of my nature. 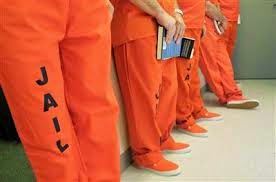 Left alone and to my own devices, I'm most happy with sweats and flip-flops.

Prison house fashion can be quite creative. The basic impediment to self expression is that from 6 a.m. to 3 p.m. inmates must wear their "greens," i.e., their prison issued garb of green khakis, green shirt and black shoes. Not much room for self expression there. Some inmates subtly circumvent these restrictions by wearing clothes that are different but similar enough not to catch the guard's attention: a pair of non-issue black boots, for example, or a camouflage hat in place of the standard green cap. There's actually quite an underground market in such goods although there's always a risk of getting singled out by a guard, as someone did yesterday for a non-standard hat. Other inmates spend hours ironing their duds on the one shared ironing board in the barracks. As for me? No surprise, but a few wrinkles really don't bother me. 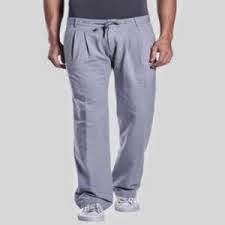 At other times, we can wear what we want but the selection must come from clothes that are (or have been) for sale in the commissary, which mostly means sweats, tennis shoes, shorts, etc. Here again, creativity reigns: some people wear shorts over their sweats, others wear sweats with the legs pulled up, others wear only t-shirts no matter what the weather, some roll up their sleeves.

The primary expression of fashion is in regard to hairstyle and facial hair. Although the standard prison hairdo is a buzz cut or a shaved head, many spend much time and money on getting their hair just right. While I have yet to go to the barber inside and plan to avoid it as long as I can, prisoner haircuts are widely available, for the equivalent of a dollar or two. Word of mouth swirls about which to patronize, which to avoid. Who's good at the urban thang, who will do a nice conservative comb-over. The commissary also sells a wide variety of hair creams and gels for those who want to get gussied up in the after hours.

As for me, I'll make do with my bed-head and stubble as I do my time. I admire those who keep up their dignity and morale by spending their time on fashion and appearance, but it's just not for me. I guess I'll just wait until I'm on the outside again and trying to find a job and impress the women. Until then, vive le facion!
Posted by Leigh Sprague at 10:32 AM