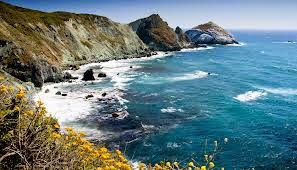 Happy Monday everyone! I'm having one of those don't-feel-like-doing-much-of-anything days - maybe because it's still only 6 a.m. and foggy, maybe because I'm not looking forward to weed whacking, maybe because it's Monday - so this post will be short. As promised Friday, I'll just wrap up my description of the camp and its surroundings before returning tomorrow to more profound thoughts.

I think I've already mentioned the more pleasant aspects of the camp: that it's located near the ocean (although we can't see it from here), that it's on a high bluff with views of a valley and distant mountains, that there's a big open territory where we can walk and lay in the grass. The more unpleasant aspects include the view to the North (of our higher security neighbors), the poorly made tumble-down green buildings, the cramped barracks where they warehouse us, the attitudes of the guards.

The history of the camp is actually pretty interesting. Back in the day (the 70s and early 80s) the territory where the camp is located was actually the golf course and swimming pool area for a true Club Fed: a minimum security white collar prison located where the higher security prison is now with the reputation of being more like a resort. Back in the day, it held such prominent felons as Ivan Boesky and was famous for serving steak and seafood for dinner and letting its inmates order out. But with Reagan's get tough on crime policies the cushy place was closed and replaced with high-security facilities for the truly violent. About 10 years back, the camp where I am now was reopened as a shadow of itself on a corner of its former territory.

The territory itself is pretty large but there are a lot of inmates housed here so it always seems like there are people out and about. I'm a private person who likes solitude so I often find myself searching out nooks and crannies where I can be alone, at least for a few minutes. As with much of cheapskate government construction in California (think elementary schools) the buildings themselves are low and poorly made, built as temporary structures, the kind that wouldn't survive one winter in a Northern state (or an earthquake, for that matter). They are scattered randomly throughout the territory.

My favorite building in the morning is the chapel. It has a bunch of small, private rooms where people go to pray or play guitar or (in my case) write. It's also the most well-constructed of all the buildings so sitting there you almost feel like you're in a normal office building somewhere. Next in line is the law library, a short, squat building next to the chow hall where we eat our meals. It is filled with books and computers for e-mailing. It is much busier and louder than the chapel but I often write here in the afternoon. Then there's the visitors center, a pretty, cafeteria-like building set amongst the flowers and trees. I haven't yet had any visitors so can't report on the building from the inside, but one inmate has made it his personal project to fix up the grounds that surround it so that the whole area now looks nice and inviting. Finally, there are various open "outdoor" buildings: a lean-to filled with televisions where inmates sit in the evening, the commissary where, once-per-week we buy our stuff, banks of wooden telephone booths. 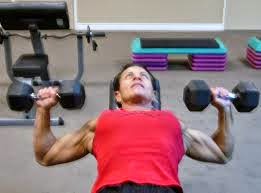 Finally, there are the grounds themselves. Only portions are surrounded by fences and there aren't any real gates or barbed wire. During open hours we can walk about and that's pretty much what we do. Yours truly is up to about 5 miles of speed-walking per day, a good way to kill time and keep in shape. Various activities are interspersed: there's a weight pile and exercise equipment, a volleyball court, a Bocci-ball court (haven't tried that one yet), a baseball field. Personally, I like the far end of the track because from there you can gaze out across the valley and toward the mountains and almost feel free. I often stand here looking out at the vista, forgetting, if only for a moment, where I really am. 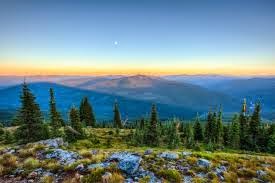 I would imagine that many of my readers will think that, based upon this description, it's not at all bad. And that's pretty much true: it could most definitely be worse. But for me, it's not so much about my surroundings but about all the psychological aspects: the demeaning atmosphere, the counts, the restrictions, the lack of freedom. Of course it's nice to have some trees and the ability to walk around but in the end that's all only some strange sort of quasi-freedom, not the real thing. What keeps me going is delving into my mind, living in my head, meeting people, and keeping busy. So it's not really about the grounds or the buildings or anything like that, but something more ephemeral, hope maybe.

Posted by Leigh Sprague at 8:10 AM