Giving Speeches: Enriching Yourself Behind Bars

The inmates sit on metal chairs as they jab long sharp instruments reminiscent of some sort of medieval torture weapon. They twist and turn them, stabbing them into the soft material as they wince in concentration, sweating from the effort. What could this be? A lesson in the art of the shiv? Some secret prisonhouse ritual? Read on and you shall learn.... 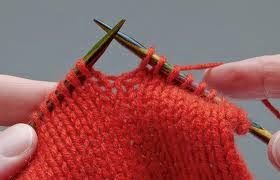 Faithful readers of my posts may be forgiven for thinking that life here is an endless drudgery of head counts, bad food, TP runs and uncomfortable bunks. Well, those all may be ever-present aspects of our daily life, but there are a number of groups and clubs available for those determined to enrich themselves.

Last night, for example, in one room of the chapel inmates gathered to learn iron welding (translation: knitting for felons), which I described in the first paragraph but have yet to learn. In the next room over a group met for a college-level course on family therapy. And in the main hall, inmates gathered in their dress greens for a club on public speaking called Toastmasters. Despite my fear of being the center of attention, I was among them. And not only among them, but giving my very own speech.

Toastmaster clubs exist on the outside as well. It's a group of people (all men, here at Lompoc) who get together to give speeches to each other and provide feedback. You progress through a number of increasingly demanding speeches until you graduate from the program. Last night was my first speech, called the "Ice Breaker", devoted to a topic I know well: myself. Another newcomer, also coincidentally enough, a lawyer, also gave his first speech.

As I stood up I joked that for our lucky listeners tonight was lawyer night: two for the price of one. Expectations, as you can imagine, were high given our vast education and the erudition and wit expected from such distinguished speakers - my counterpart is a graduate from none other than Harvard Law School. Contrary to popular belief, however, lawyers do not learn public speaking in law school. The sad secret is that most really suck at it... 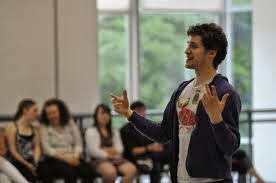 Yes, sadly, it's true. My speech did not go perfectly from start to finish. Not even close. And this despite the pep talk someone gave me beforehand. "Where better place to give a speech than in prison to a bunch of felons?" he said. "It's not as if you're appearing before the Supreme Court or at the Academy Awards." No pressure, in other words. But I was still nervous. More or less. Ok, more than less. But I'm determined to face this little fear of mine despite any temporary elevations in blood pressure or resulting minor heart attacks.

Now for the stats that demonstrate said suckiness:

- During the course of my speech I said "um" 23 times (yes, someone actually counts). For those of you who aren't sure, that is a lot.
- I spoke to only one side of the room, completely ignoring the rest.
- I lost my place and had to look at my notes - which, because of my bad handwriting, I couldn't read!!

- And for the real kicker: for whatever reason, I turned my back on the audience and began speaking to the ceiling. I realized I was doing this but at the time it seemed perfectly natural. An audience member told me later that everyone else was looking at the ceiling too, trying to figure out what I was looking at. (Answer: Nothing at all). 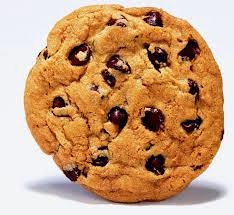 In my defense, I'm making it sound a tiny bit worse than it was. At the very least, I wasn't accused of bloviating, as another speaker was. The sub-topic of my speech was my name (Title: What's In a Name?) and I told a lot of jokes that got a good reaction about my name's various iterations, including the many ways its pronunciation has been slaughtered here in prison. I also talked about my nickname - Boo - including its history and etymology. I hadn't thought of this beforehand, but the other members of the club - only half jokingly - told me that knowledge of this nickname (could be risky in prison. "Little Boo" doesn't exactly have an aura of toughness about it. But they promised to keep the information within the group: what's said in Toastmasters stays in Toastmasters, they said. And because of my speech another inmate, a big, strong, tough man, was motivated to share his nickname with the group: Cookie.
Posted by Leigh Sprague at 8:32 PM