I'm willing to be that my Memorial Day, my first holiday in prison, was both more boring and more exciting than most.

On the boring front, not only did I not go anywhere (surprise, surprise) but I spent most of my time reading and writing. For excitement, I watched a bit of badminton and walked around the track and played a game or two of Hearts. Mind you, I'm not complaining. It was nice and relaxing and I got a lot done. The weather was nice and we were even served a special lunch: hot dog, hamburger and (most importantly) ice cream. 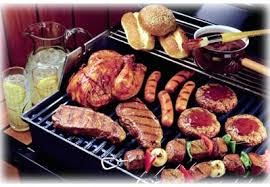 Apparently, however, not all the prisoners were willing to let the holiday pass un-celebrated. The first hint of trouble came on Sunday afternoon. The guards began to roam the grounds searching for contraband. To my surprise: their search was successful. A while later I saw them returning to their office with a large unopened bottle of vodka under their arms that they found somewhere on the grounds. 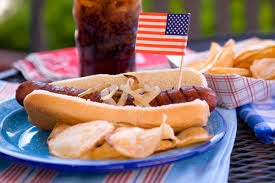 Then, Monday, the real excitement began. I emerged from my early-morning yoga class to find the camp in an uproar: groups of prisoners stood around pointing and whispering. I walked up to a few acquaintances and asked what was up. As we stood there, a young man walked by with a bloody face, holding his nose and looking very upset. I'm going to self-censor myself here but suffice it to say that his injuries were apparently not the result of an accidental fall or a run-in on the soccer field. The result? Lock down for hours as we stood alongside our bunks. We all had to remove our shirts as the guards searched our hands and bodies for bruises. Eventually, an ambulance was called and took the guy away. This was followed by random breathalyzer tests, including of yours truly. I'm happy to report that the Diet Coke I'd been drinking did not set off the machine. The whole event was a vivid reminder that we are, in fact in prison. It also drove home the fact that the actions of one can affect the many. 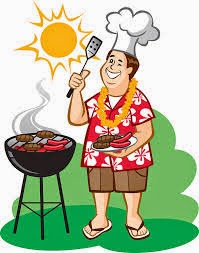 Finally, Monday evening, just before count, a trio of guards ran through our room chasing after a speeding inmate. I have no idea what happened or why or even if they eventually caught the guy: when something bad happens we inmates are typically left standing around gossiping, wondering what just happened. But there we went again: another lockdown, another count. So much for getting to sleep early in anticipation of the work week ahead.

Now it's Tuesday morning, the long weekend is over, and we all survived intact. Now it's time for regular life - weed whacking, chow hall, air force base - to return. All's well that ends well.

Posted by Leigh Sprague at 2:13 PM