Nighttime shenanigans in the barracks.

One of these scenes is real, one not. Can you guess which is which? 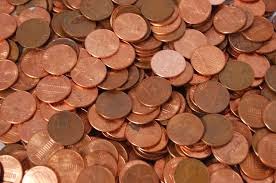 Scene 1: I see them on the ground over behind the commissary: two shiny pennies. Today must be my lucky day. I reach down to pick them up. Just as I'm about to touch them, a guard - the very guard who sent someone to the hole a few months back for touching a dollar bill in the visitor's center - runs up yelling. I pull back my hand in the nick of time, just millimeters from becoming contaminated by the pennies' toxic radioactive or biological funk. And, of course, millimeters from being sent to quarantine in the hole for committing that most dastardly of prison violations.

Scene 2: I'm lying asleep in my bunk, dreaming dreams of junior high, of bullies and bad times. Suddenly, a sharp tap on my shoulder. Then another. One of the farm boys playing some stupid trick - that one where you look over your shoulder to see who's tormenting you and no one's there. I reach my hand back and push, here a grunt.  Right on target. Shows that farm boy right. Another poke. Damn! I open my eyes, to find my hand on a scowling guard's uniform. The barracks are dark. He holds up a black box and shoves it in my face. "Blow," he says. "Blow." 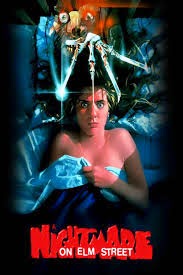 So which do you choose? Scene 1 or Scene 2? Should I let the cat out of the bag? The truth is that both of them are real in the sense that I really thought them, it's just that one was a dream and the other not. Confusingly, when I woke up this morning I thought the reality was, in fact, the dream. So....drum roll please: the dream was scene 1, the reality scene 2, although either one could have just as easily have happened.

As for the money, one of the great and terrible taboos of our existence is that we are not, under any circumstances, to touch money. Never ever ever. No pennies, no nickels, no hundred dollar bills. We do so under threat of death and, if not that, some other equally terrible punishment. Why? Not exactly sure about that. Who needs money when you've got currency in circulation in the form of mackerel? They seem to do the trick. And it is true that a hapless con got sent directly to the hole - to solitary confinement - during visiting day for helping a family member put a dollar bill into the vending machine. So you see, in the hands of prisoners money is considered toxic. 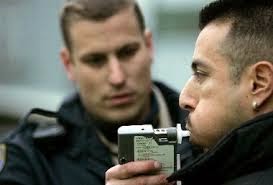 As for scene 2, as I said, it really happened. Last night. I was deep asleep dreaming of pennies when I began to be tapped. It was all as I wrote above: I thought it was all a dream. But no. The guards were walking around the barracks at two in the morning breathalyzing each and every inmate. I'm happy to report that I passed. I heard that everyone else did too, at least in our barracks. The other barracks, barrack B, is known around here as the party dorm. Apparently over there some guys were caught not only drunk but doing other stupid stuff related to locks and breaking locks and contraband. Hence the nighttime raid. At the moment, the prisoner rumor mill is swirling so consider this hot off the presses. I'll provide updates if they come along.

Until then, be careful with your money.

Posted by Leigh Sprague at 1:10 PM