In Trouble in the A.M. 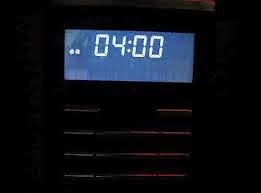 Friday I awoke at 4 a.m. as usual to get ready for work. Although I'm still finding my rhythm, this typically consists of stumbling past rows of bunks filled with sleeping, snoring neighbors to the bathroom, where I splash my face with water and brush my teeth, all the while avoiding the half-crazy stare of the bleary eyes in the mirror. Having completed those minor tasks I then wait at my bunk: the start of the work day is governed not by a particular time but by when the guards complete their morning count. This consists of two officers, or CO's, in prison parlance, walking past the bunks with flashlights as they count the inmates.  Count happens at random times somewhere between 4:15 and 4:45. 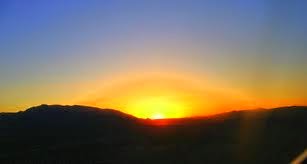 As I sat waiting for count I remembered a little rule I'd been taught: to put my shoes atop a piece of newspaper on my locker every Friday so that the orderlies could properly clean my "neighborhood". I didn't have any newspaper so went searching for some in a small room a few rows back that contains the barracks' ice machine, garbage cans and microwave. When I emerged, I saw by the dance of flashlights in the distance that count had started. I walked back to my bunk and stood at attention, anxious for the CO's to pass so that I could get to work.

The guards completed their count and I was just leaving my neighborhood for the door when one of the guards passed me. He stopped some rows back from mine and began to yell at another inmate, a wonderful colleague and friend of mine who was also preparing for work. I couldn't hear what the guard was saying other than that he was mad and ended by repeating "shut up" over and over. I waited for my colleague out of solidarity, so that we could walk to work together to explain to our boss why we were late.

As I stood there, another inmate ran up to me to tell me that my colleague was getting yelled at for what I had done: entering the back room. Apparently the guard considered this a serious breach of protocol and blamed the inmate with the bad luck to be standing closest to the door. 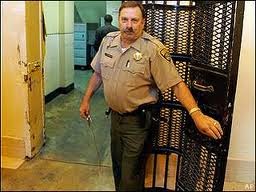 My heart dropped. As I've written before, prison is not a democracy. Far from it. Every inmate dreads a confrontation with a guard and the serious consequences that can follow. Yet this was even worse: someone else was being blamed for my actions. I immediately knew that I needed to take responsibility. I have many faults but shirking blame is not one of them. I asked the inmate what to do and he suggested I go talk with the guard and admit my guilt.

So this is what I did. I'm a pretty low-key, diplomatic person and apologized profusely. The guard lectured me about how CO's are always right and inmates are always wrong. He also told me that that room was off limits in the morning and told me that I was forbidden to take a shower or wash my face in the bathroom. But in the end he accepted my apology. Unfortunately, by then the issue had ballooned and the problem was no longer my "transgression" but my colleague's attitude problem.


To cut a long story short, all was eventually resolved and we both made it to work, about 40 minutes late. Later that day, however, it turned out that rumors were circulating that I had known from the start that my colleague was being blamed for my actions and failed to come forward. In prison, this could be a serious breach of protocol and lead to long-running, dangerous animosities. It also happened to be untrue. So I've spent the last two days apologizing to my colleague - who, to his credit, did not blame me and immediately accepted my explanation - and explaining what happened to others. Finally, the scandal now seems to have passed. But it's an interesting lesson in how little things can quickly blow up to big ones in prison. And a useful reminder about who holds the power.
Posted by Leigh Sprague at 9:13 AM