Kale in the Kitchen 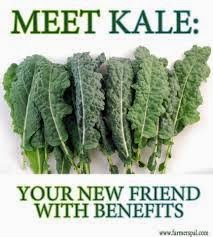 This morning when I arrived at work in the kitchen I was in for a surprise. The usual processed fair - canned spinach and corn, frozen collard greens - had disappeared, only to be magically replaced with homegrown cucumbers and fresh kale. Yep, you heard me right: fresh kale, the super food, the trendy food, the super-trendy food. Apparently now it's not only hipsters in Williamsburg who can enjoy the stuff but inmates in federal prison.

It's funny to say, but I guess I had to come to prison to join in the trend: I'm embarrassed to admit that I'd never had the stuff before coming to this place. And I'm not exactly sure what the fact of its appearance here says about the trend itself. Is the kale trend dead? My guess is that prison is pretty much the end of the road for most hipster trends. Hipsters, apparently it's time to focus on toast, the new "it" food according to a recent NPR broadcast.

I ate a bunch of stuff and can truthfully say I liked it, although "love" would be stretching the point. Kale reminds me pretty much of spinach, maybe a little tastier. We didn't really do anything special with it either, although it came out pretty yummy: we chopped it up together with some carrots, lettuce and the garden cucumbers and served it as a salad. I'd be interested to hear from readers how kale is served in the more imaginative restaurants. 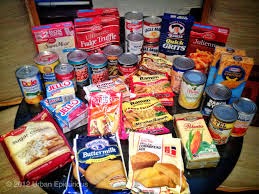 I guess you could say I would be fibbing if I were to write that the kale was an unambiguous hit here in prison. Many passed up on the opportunity to partake in this latest trend. A few were overtly skeptical. "What is this s---?" one of them asked me. Another asked if he could have canned corn instead (answer: no). But an inmate or two did give it a try - with a liberal dose of dressing - and there may have even been a few converts. I suppose that's how a trend begins: one person at a time. Even here in prison. 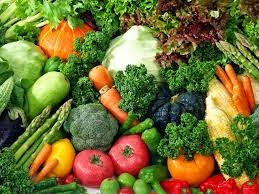 I would be surprised to see kale again tomorrow in the kitchen. How the food arrives at the back door of the kitchen and who selects what food actually makes its way to our doors is pretty much a mystery to all of us kitchen workers. Maybe it's a new initiative from on high in D.C. - the trickle down of Michelle Obama's healthy school lunch crusade. Or maybe it's just a wild fluke, the mistaken diversion of a kale delivery from Santa Monica to Lompoc. My guess is that it's a random, one-off occurrence, akin to a full solar eclipse.

In any event, I'm not complaining. It's fun for once to be on the cutting edge of a trend. Three cheers for kale!
Posted by Leigh Sprague at 9:22 AM