Two Down, Forty-Eight To Go


Haul out the champagne; shoot off the fireworks. It's time for a little pat on the back, which I suppose I'll have to give to myself as touching in prison is pretty much verboten. I've reached the second mile-marker in this long prison marathon: two down, and only forty-eight to go. 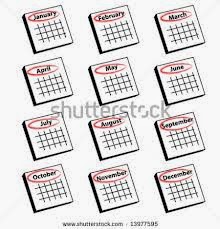 I wasn't going to write about this little milestone. I really wasn't. And because I wasn't I'm actually a few days late (July 5 was the real anniversary). But I felt I owed it to my readers - and maybe even myself - to do a little summing up, to take a step back from the mishmash of daily posts to let you know how I'm really doing and in the process maybe remind myself that I'm doing ok at this game of doing time. Read carefully because I hereby promise I won't do it again until I've reached a year (ok, maybe 6 months if I'm in the mood).

So how am I doing? Good question. The honest answer: pretty good, all things considered. Although my posts may suggest otherwise, the honest-to-god truth is that, though I hesitate to say I'm thriving, I'm most definitely surviving. Which, come to think of it, is pretty much the sum total of my aspirations. I didn't come to prison expecting nonstop fun and laughter, after all. 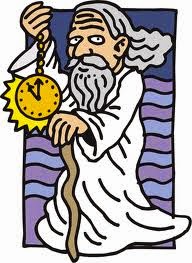 Of course, my answer to the question would also depend on when you ask. Try me in the morning just after I've opened my eyes and  you might get a mumbled "this place sucks". I find that split second between dreaming - when my imagination runs free and I could be anywhere - and the moment when I remember where I really am to be particularly brutal. Try me in the afternoon or early evening, after I've done my asanas, laid out on a blanket under the shade of a eucalyptus, had a nice conversation with a fellow con on the meaning of life and talked with my children for our allotted 15 minutes, and I might say, "Hey, this place ain't so bad."

What actually prompted me to sit down this morning to write this post was a talk I had at breakfast with a man named G--, a Syrian Christian and owner of a liquor store in a suburb outside of Los Angeles.  He was down for accepting food stamps for "prohibited goods" (read: vodka and whisky) over a period of several months some years ago. Now he's getting out after a year behind bars and - dare I say it? - I'm sad and jealous. Sad because I can honestly call G-- my friend.

Plain and simple: I'll miss the guy. He's an open, funny, warm man who we call the "den mother". He's the first with a smile and to welcome the new fish with a fist bump and some shower shoes. Without him, this place just won't be the same. Jealous, because I want him to be me: I want to be walking out of this place with a smile on my face. Seeing my friends leave leaves me feeling stuck, lonely, jealous. Ok, I know: my time will come someday. But the departures of other cons throws off my carefully calibrated system of living firmly in the "now". One Day at a Time is how I approach my time. I was never much for sloganeering but it seems to help me now.

The reality is that I approach my stay as an adventure, an experience that, while never to be repeated, is to be accepted and, as much as possible, enjoyed. Although it may sound strange, coming to this camp felt in many ways like my past forays abroad. I found many foreign cultures to be much less strange than this purportedly American prison culture. My reactions to prison have also been almost identical to those I had when I moved way-back-when to Yugoslavia, to Estonia, to Russia: homesickness, befuddlement over the weird new culture, difficulty learning a new language, a yearning to return to the safe and known. But as time passes I adjust and acculturate until, before long, I'm surviving and even - on good days - maybe even thriving.

So here's my shortlist of the things I actually like about this place after two months: some of the people, with an emphasis on 'some'; freedom from earning a living; bountiful time to read and do yoga; no commute; people to cook for me, clean my space and do my laundry; nice weather, beautiful views of the surrounding countryside. 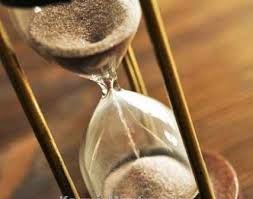 And now for the bad: confusing, confining rules; insolent, abusive guards; constant crowds of men; random farts at all hours of the day and night; uncomfortable bed; random locker checks and breathalyzers; absence of fresh fruits and vegetables; lack of freedom; and, the big one: enforced separation from friends, family and society.

It's easy to see which list is longer. But I hope my 2-month update conveys my very real attempt to make the most of a less than perfect situation. No one, after all, would choose voluntarily to do time. But once you're doing it, the real crime would be to waste it away and come out and the end of the ordeal no better for it. I guarantee you that that will not be the case with me.

Posted by Leigh Sprague at 8:16 AM