I Wanna Sleep With You...

In the Desert Tonight... 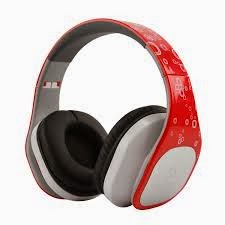 I was walking the track this evening flipping through the several area stations - an 80's and 90's rock station called MIX FM, Pirate Radio, which pretty much seems to play whatever it wants, Lompoc's Best Rock Station, dominated by a piped in show with Alice Cooper. I shuffle incessantly through the stations on my beloved little radio as I walk. If I happen upon a song with a good beat, my pace magically picks up. Sometimes I even hum along.

I've always loved music but on the outside I'm not that much of a music listener. But here on the inside the music has - unexpectedly for me - taken on more of an importance than as background to my walking routine. I listen to the radio when I'm doing yoga. And, although the reception indoors is pitiful, I sometimes even listen to it atop my bunk before sleep.

One reason, I think, that music has become so important is that it helps me escape, for however short a time, into my feelings and thoughts. A good song can help me soar away from this place into the clouds. Or my imagination. Or wherever. It's my magic portal to the outside world. It's also my keep out sign: if I have my earphones on it's a sign to others in this overcrowded place that I'm carving out a bit of time for myself.

I'm not the only one. Look around the track on any given day, or the barracks, or the library, and you will see many heads bobbing to their own private beats. Unfortunately for those in the vicinity, many also tend to sing aloud to those songs that only they can hear. Or they turn up the music so loud that everyone within a 100 foot radius can hear.  Theirs an interesting racial breakdown to those headphones: blacks prefer the big over-ear kind, white-collar prefers earbuds. I'm sure you can guess which kind I have. Most inmates forego radio for song downloads: the BoP sells MP3 players for a huge markup at the commissary and also provides music downloads. But the whole thing is little more than highway robbery: songs cost anywhere from $1 - $3. So poverty-stricken cheapskate that I am, I make do with radio.

One song in particular has taken on a talismanic quality for me: The Eagle's "Peaceful Easy Feeling". I'm sure you know it: I wanna sleep with you in the desert tonight; a billion stars all around. Pretty song. A song I've always liked. A song that conjures pictures in my head of driving through the desert late at night with someone I love. A song that at least used to be in heavy rotation, played to death on every classic rock station.

But on one of my first days here, I realized that I hadn't heard the song in ages. That was it. All of a sudden I wanted to hear it. Now. I developed a craving for the song just like I used to crave drugs, a craving that in my previous life would have been quickly filled with a Youtube fix. Without that outlet, I listened and listened and waited and waited. A couple of days, max, I figured, is all it could take. But days passed. Then weeks.

The song began to take on a talismanic quality, somehow representing the length of my stay while stimulating my imagination.  I tried to remember all the details: the melodies and chords and words. I counted the days based on my waiting for the song. The song got better and better in my imaginings. In my fantasies, I wondered whether I might somehow make it through my entire stay without hearing the song once.

And then, tonight, after a long day of work, I was circling the track. And to my surprise I heard the familiar chords followed by the mellow voice of Don Henley. I'm embarassed to admit that my eyes filled with tears. I turned the sound up and began to sing out loud. Other walkers stared at me but I didn't care. This was, for whatever random reason, my prison song of the imagination.
I listened to it from start to finish at full volume, singing the entire time. 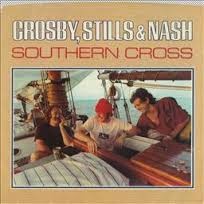 As if that weren't enough, on another station just minutes later my other prison song came on: "Wake me up when it's all over. When I'm older and I'm wiser." What better words to describe prison than those? The lyrics to both songs involve sleeping, it's just that one relates to sleeping through something - prison in my case - versus sleeping in the desert with a beautiful woman.

So now, only 3 months in, my talisman is gone. I suppose now I'll wait for it to come on again. And again. And again. A few more times and my years will be up. I can think of worse ways to count the passage of time than by the stars in the desert and Don Henley's mellow voice. I also have a second-place talisman, the Crosby Stills and Nash song "Southern Cross". Still waiting for that one.

Until then I'll be listening, waiting, walking and sleeping. Wake me up when it's all over...so that I can sleep in the desert.
Posted by Leigh Sprague at 8:54 AM