Monkeys at the Zoo

On Display at the Prison Safari 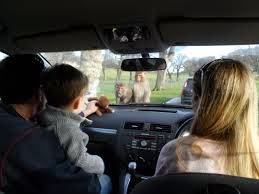 Our camp's jogging track passes within 15 feet of a fairly busy two-lane highway that connects two neighboring towns and the air force base. Several days ago I was walking the track when a white minivan with Oregon plates passed by, driving so slowly that it caught my attention. I looked up in surprise to see an entire family staring at me wide-eyed through the glass. The woman in the front passenger seat was pointing, and I could see her lips move, as if she were saying: "Look, there's a real live inmate!" The children in the back gaped, their noses pushed against the window. I smiled at them and waved. They looked away, embarrassed, and drove on, apparently satisfied with their brief glimpse of this exotic species on the local prison safari. 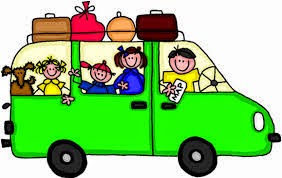 At the other end of the spectrum, I go out almost each and every day to the far edge of camp. There, lying atop a battered mat under a huge eucalyptus tree, I practice my yoga moves as I look up at the vast blue California sky. At times I see eagles circling like gliders high above me; at other times, jet airplanes pass high overhead: both impart a sense of flight, of freedom, of possibility, a feeling opposite to that which I felt on display at the track. Lying on the mat I can forget where I am, who I am, what I am. For a fleeting second, the world, my opportunities, feel boundless. I feel, once again, as I did at the age of twenty: that I can do anything if I just set my mind to it.


Of course I know that's not possible. With age - and mistakes such as mine - comes recognition: recognition that life entails choices, that choices have consequences, that consequences can be painful and limiting. This recognition, though at times depressing, is not all bad. I've come to realize that recognizing my limitations and focusing my energies is a part of my recovery. 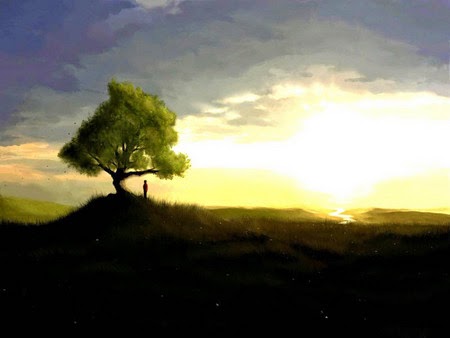 So how am I? I ask myself that every day. And each day I get a different answer. As an initial matter and as I've said before, I feel that I'm right where I belong. I committed crimes and am paying the consequences. While the justice does not exactly rise to the level of "poetic", it does feel right. By paying my dues I hope to be able to move on with my life. I also feel lucky to be part of this treatment program. I'm an inmate who's not just warehoused but one who's invested in. Just because I was educated and successful doesn't mean I wasn't dysfunctional. I was. In many ways, not least of which was my drug addiction. Through this program I'm learning to confront my failures and - hopefully - address them.

Unfortunately, change comes hard when you're set in your ways, an old dog like me used to doing what I please. The suffering I have caused my family is truly unforgiveable. At times thinking about the effects of my actions on my kids lays me low. I'm finding there are certain topics I can barely talk about without crying. But the suffering I have caused to myself and others also motivates me: to get out, to recover, to find my footing once again on the outside, to learn from my mistakes. To be there for my children like a good dad should. All is not lost. Not by any means.

I'm also finding that after all the years in Russia I've become more of a foreigner than I actually thought. It's not just that I'm in prison and around inmates all day. It's that I've forgotten in many ways how to relate to Americans: how to hang out and "shoot the shit," how to talk about sports and movies and TV shows, how to joke. The fact that over the past two years, following my return to the US prior to prison, I've basically isolated myself, living a solitary existence in darkened apartments, doesn't help. I now feel like a hermit just crawling out of his cave. And I have to admit that it's tough: tough to be around people all day, tough not to have privacy, tough to be part of a community not of my choosing. But it's also fulfilling in some strange way: having people always around, while not exactly a cure for loneliness, is somehow comforting.

Not that I'll miss this place when I'm done. While I'm scared for the future, of living life as a felon, I can't wait to get on with it - my life - limited as it may be in ways that it wasn't before. I dream of the halfway house, of reuniting with my kids, of the excitement of that first job, that first bus ride, that first visit to a normal restaurant, that first flight on an airplane. I even, in my dreams, try to embrace whatever new limits, new challenges I may face. Quite honestly, while I wouldn't wish the prison experience on anyone, it is an adventure, an event, from which there's nowhere to go but up.
Posted by Leigh Sprague at 10:49 AM