A fellow inmate told me yesterday how to identify long-term inmates: look for missing teeth.  Since then I've been examining smiles and - sad to say - his strategy works. Very few cons incarcerated for 5 years of more have complete smiles. 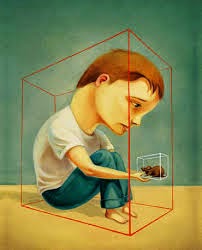 Health care in this place - and dental care in particular - is sadly deficient. The cure-all prescribed for all problems is aspirin. For toothaches, if the Tylenol doesn't work, the pliers are the next line of treatment.

But this post is not about prisoner medical care. For a country that struggles so much over universal care, coverage here in prison is, perhaps not surprisingly, not a major priority. Rather, the point I'm trying to make is that incarceration, over time, takes its toll both mentally and physically. At the same time as the teeth and other body parts deteriorate, the mind is often warped. The result is institutionalization.

A few days ago I ended up as a bystander in a heated debate between two inmates over this very topic. One had accused the other of being institutionalized and the other, unsurprisingly, had taken offense. The argument was, in part, over definition: one con interpreted the word to mean something akin to brain washing; the other was arguing that many people on the outside were just as institutionalized: by work, by family, by status. But however you define it, the concept is not pleasant, suggesting as it does some sort of ability to thrive in the warped environment of prison while being unable to function out in the real world. 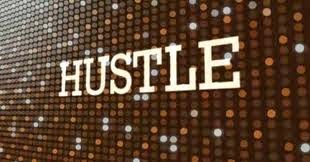 My sentence is comparatively short and I expect to spend most of it struggling to adapt to this place - to the culture, to the huge mix of obnoxious personalities, to the "prison hustle", as I call the endless push for small 'victories', everything from an extra piece of chicken in chow hall to a bottom bunk to a better job. To me it's all just not worth it. But those in for a long time - in particular those who've spent time at high-security joints - have the opposite problem. They've had to adapt to survive, if not thrive, in ways that make readjustment to the outside world hard, if not impossible. The fact is, the skills it takes to be a 'good' prisoner are not at all the skills it takes to be a good citizen. In prison, domination, sneakiness, selective rule-breaking and loyalty (to your race, to your bunk mate, etc) are valued above all else. It's a lord-of-the flies, winner take all mentality. Rule breaking and stealing are part of daily life. For those without outside support, hustling for cash to buy things at commissary is essential for survival. Not exactly useful skills on the outside, or at least not if you are aiming for anything more than basic survival. Or success on Wall Street.

The result, at least in my definition, is institutionalization. And our system does almost nothing to counteract it. Hence, our extremely high recidivism rate. I'm lucky to be participating in one of the few - if not only - program that actually invests resources to counteract institutionalization. I may not be particularly needy of this particular focus, but it's nice to see that given sufficient resources and effort it can work for many. It's just too bad that it's only available for those with a drug addiction and not more broadly for all cons.
Posted by Leigh Sprague at 10:56 AM