Russia, do I Miss You?

Let Me Count The Ways...

I've been teaching Russian to a fellow inmate, a big, burly, lumberjack of a guy with a thick brown beard whom I'll call Paul. We've started, fittingly enough, with that most important category - swearwords - so the experience has been as useful for him as for me, dredging up as it has certain long-dormant words that were at one time crucial to my survival in rough-and-tumble Moscow. More seriously, it's been interesting for me to view Russia through Paul's eyes. You see, Paul plans to move to Russia the second after he's released from prison and the travel strictures of probation. He views Russia as a magical place free of America's more onerous societal and social mores. He dreams of vodka. And of pretty young Slavic girls unspoiled by American feminism. And of freedom from onerous taxation and pervasive surveillance. Of being able to think and act in a decidedly non-PC way.

In short, he dreams of being able to cavort and drink and swear and act in a Don-Draper-goes-international manner in which middle-age Americans have long ceased to indulge. Unsatisfied and disillusioned with the US and what he thinks he's learned (as an inmate) of its very flawed democracy, he's latched onto an even more flawed kleptocracy as the answer to his prayers.

The experience is interesting for me because Paul's view, with its focus on freedoms, is the opposite of how I've long thought of Russia. It's just been such a long time that I've heard the word "Russia" associated with the words "free" and "freedom" that it got me to thinking whether I ever thought the same.

Upon reflection, I realized that, once upon a time, way back when I first moved to the place in 1995, I did, although my markers were different: not the ability to drink or stay up all night but the transformation of a totalitarian system into what I thought was a new burgeoning democracy. I saw a Russia transforming before my very eyes, a Russia becoming (or so I thought) free and democratic. How depressingly wrong I was. In terms of freedom and development and openness and optimism so much has since changed for the worse. Not that Paul accepts my protestations: he's made up his mind that in Russia he'll be free to do as he pleases. And maybe he will, if what he pleases is to drink vodka all night. Just goes to show, I suppose, that one man's idea of heaven can be another man's idea of hell. 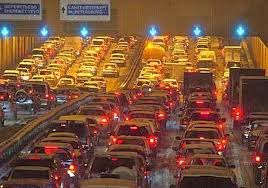 As those of you who know me know, by the time I fled Moscow at the tip of the oligarch's sword those several years ago, I was incredibly disillusioned with the place. Burned out. Fed up.

Admiration had long since turned to hatred: for the more sordid aspects of the culture, for what I saw as a harsh indifference to equality and democracy, freedom and enlightenment, as a result of my experiences working with its corrupt and crude elite, its billionaire oligarchs.

The collective ideal still held by the majority, the big-brother-in-the-Kremlin-knows-best mentality, the stuck-in-the-peasantry attitudes toward gender and child-rearing and politics, the barely hidden xenophobia and racism, all of those things had soured me on Russia, despite my near-assimilation and the country's rich and deep culture. While I loved many Russians, I really had come to hate their country. Since then, it's only gotten worse, with Putin's ascendancy to near Stalin-like power and near-Stalin like demeanor. 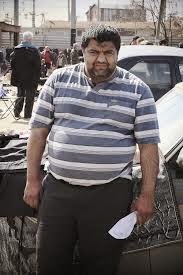 So despite the awful circumstances of my departure, and my fervent wish to be wherever my family happens to be (which for much of the past three years was Russia), my overwhelming feeling for these past years was: good bye and good riddance. But you know what? I do, in my own way, miss the place. Not enough to go back. Or to wish I could recreate the mistaken bourgeoisie life that I so crudely shredded with my theft. But the fact is, Russia was a major part of my life for many years - a domineering parent, an overbearing friend, a dysfunctional spouse - but a major part nonetheless.

As I sit here, images of my lost life - what I do miss - flash through my mind: of our "dvor", or courtyard, where my kids and I spent countless hours playing on the slide and the swings; of my first new car ever, a tiny green Czech Skoda that strained to reach 50 mph; of skating with my kids on a frigid winter afternoon on the frozen pond at Chistye Prudy, taking breaks for swigs of hot chocolate from a thermos; of evenings at the kitchen table with friends and family, eating sushi and sipping Georgian wine; of our apartment and khachapuri and traffic jams and bums and weddings.

In short, of life.

Russia was my life. For a long time. And the jarring, violent way that it was torn from me, like a jilted lover from my arms, still stings. Russia, for me, has come to represent everything I have lost.

I don't expect to go back. Ever. Nor do I really want to. My family, thank God, is no longer there and, unlike Paul, who in his disillusionment with the US has

latched onto a distant shangri la that is little more than a mirage, I don't idealize the place.

Despite my tepid nostalgia, the bad in my mind still far outweighs the good. For me, after all my travels, the US is good enough for me, even if my version of the US happens for the moment to be a prison.

The fact is, I've seen worse. So unlike Paul, and many other prisoners, who've essentially been disenfranchised from the system and view their country and government with disillusion, if not derision, I've finally realized where I belong. And, sad to say, it's not Russia, that failed kleptocracy across the sea. So until someone convinces me otherwise, or until I, like my inmate brothers become completely and totally disillusioned with this flawed old US of A, I guess I'll go on disliking the values and beliefs propounded by Putin and his ilk.
Posted by Unknown at 1:28 PM